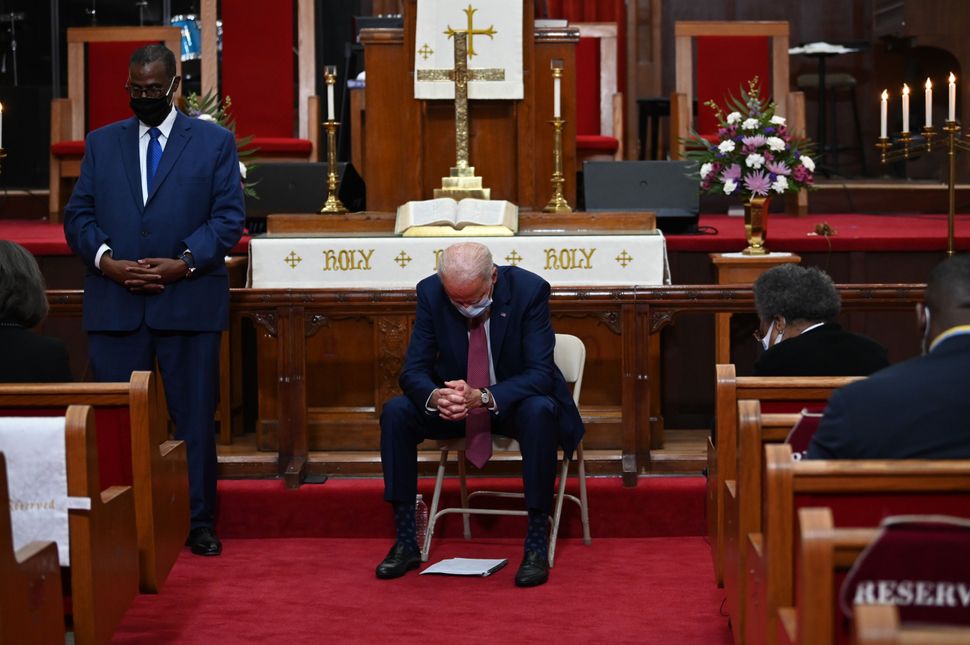 The race to the White House between President Trump and Joe Biden has finally reached its conclusion with a Biden victory. This race was not about policy, though. It was about character, and Biden’s victory represents the triumph of decency over its opposite.

But there’s another aspect of Biden’s personal story that hasn’t been as well covered, namely, its Biblical echoes, starting with the epic proportions of suffering Biden has had to endure.

Days before Christmas in 1972, Biden’s wife Neila and daughter Naomi were killed in a car accident and his sons Beau and Hunter injured. Weeks before, a 30-year-old Biden had just won a U.S. Senate seat in Delaware, a position he would hold for more than 40 years.

Joe Biden, like Job, was tested in a way few have had to endure. He placed family and service and — like Job — his faith in his God at the center of his universe. This suffering would yield lessons that exemplify humility, generosity, empathy and understanding for the ways in which we all suffer.

And it would mold him to someone incapable of the crass displays of hatred, bigotry, mockery and a goading to violence that the American people experienced these last four years under Trump. The utter callousness of Trump policies — the caged immigrant children separated from parents; the dog-whistling to white supremacists; mockery of people with disabilities; and a ban on Muslim immigrants, are just a few of the outrageous words and deeds of President Trump.

What a relief to be led by the Job-like Biden, who transformed his personal suffering and loss into lessons we all benefit from. “For He knows the way with me,” Job said. “Test me; I come out as gold.”

Job also said in response to his detractors, “Til I breathe my last I will not renounce my integrity. To my righteousness I cling, I will not let go, my heart has not caused reproach all my days. Let my enemy be deemed a wicked man and my adversary a wrongdoer.” Or, as Joe said in one debate with Donald Trump, “Will you shut up!”

Joe was having nothing of the lying and nastiness that came from his opponent — like the rabble around Job attempting to lure him into cursing God — and this rebuke came from his suffering, the seat of his integrity.

But Biden is Biblical in another way too; he calls to mind Moses, who also was a stutterer. When God calls to a hesitant Moses, commanding him to free the Jewish people from bondage in Egypt, Moses resists, saying “I am slow of speech and of a slow tongue.” But God pushes Moses forward, exalts him nevertheless, enlists his brother Aaron to help, and creates a powerful model for any of us with a disability that it’s not perfection which God seeks but goodness in the service of a just and loving world.

And as the prophet who was closest to God, who spoke to the God “face to face” and had the enormous responsibility to convey the Law, the Torah, to the Jewish people, consider how truly remarkable it is that God chose a man with a stutter but more important with the character and humility to ensure its transmission.

Biden campaign ads sometimes showed Joe leaning down to speak with a child who also stuttered, offering advice, friendship, and hope in overcoming the hurdles that are placed before us. These were once again the opposite of the actions of Trump, who mocked a disabled journalist or tossed paper towels to Puerto Rican hurricane victims; when Biden spoke to that child, we saw the “still small voice” of a divinely inspired love and warmth.

When news came down on Shabbat that Biden had been declared the winner, jubilation broke forth in our Brooklyn neighborhood and across the nation. Of the many images that will remain with me is a Black man in his thirties, wearing his mask and walking in the middle of the street shouting, “No more hate!” over and over again.

I grabbed my shofar and headed to Grand Army Plaza with my family to join the throngs in celebration. Under the Soldiers and Sailors Arch are etched the words, “For Defenders of the Union,” and when the shofar blasts echoed off the memorials, the Brooklyn Public Library and the hearts and souls of those gathered, the moment felt nothing less than a Biblical triumph.

The walls of hate came tumbling down as kindness and character won.

Rabbi Andy Bachman is the Executive Director of the Jewish Community Project Downtown.