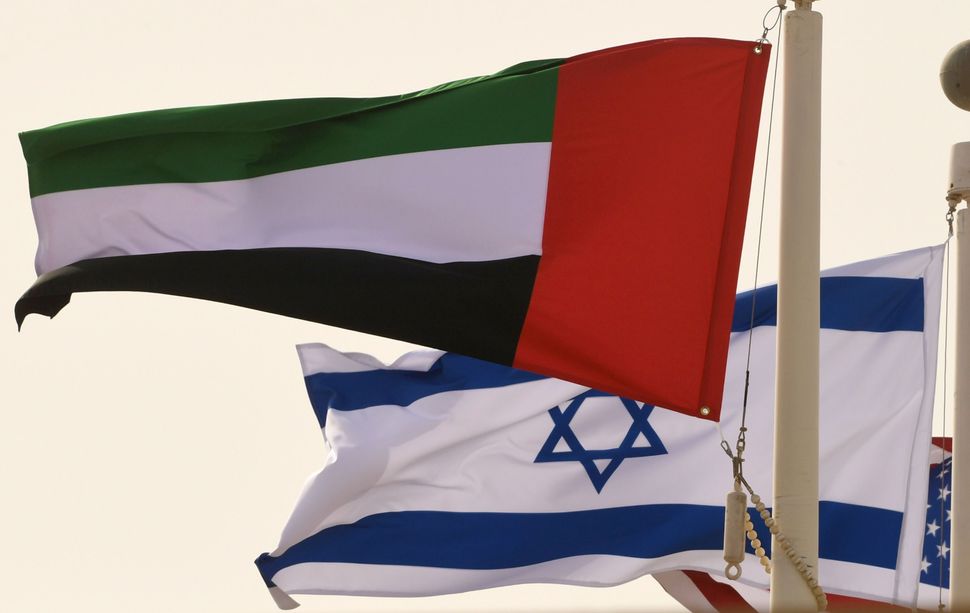 We are a Jewish Zionist, an Arab Zionist and a Muslim Zionist. It is time to dispense with the idea that to be a proud Arab and Muslim one must be an anti-Zionist.

Whether it was in the waging of useless wars against Israel which have resulted in death, suffering and displacement, or in the expulsion of almost all of the nearly million Jews who have lived for over a millennium throughout the Arab and Islamic world, or in the economic boycotts of Israel, nothing good came to the Arab and Islamic world from turning anti-Zionism into a central tenet of the identity of hundreds of millions of people.

Even more than all the wasted human and financial resources and unnecessary suffering, it wasted time. We have all, as peoples and nations, been deprived of so much valuable time that could have otherwise been spent building our countries and societies through mutual respect and cooperation.

After all, what is Zionism? It is the political movement for the liberation and self-determination of the Jewish people in their ancient homeland. It is a movement that asks nothing more and nothing less than that the Jews, as a people, should be able to govern themselves as an equal nation in the only land which ever formed the consistent and core part of their identity as a people and a nation.

There is nothing in Arab history and in Islam that necessitates fierce opposition to this idea.

Arab history and culture have a strong and broad basis. Arab civilization at its height contributed to humanity in math, science, astronomy, philosophy, architecture, art, poetry and literature. Arab identity can and should stand on its own merits and has no real need to resort to the negation of Jews, their peoplehood and their history, to assert itself. There is simply no negative correlation between being a proud Arab and being a Zionist, believing in the Jewish state’s right to exist, thrive and be able to defend itself.

In fact, it was the choice of Arab leaders, most pronounced under Pan-Arabism, to demonize Zionism as a colonialist movement of foreigners who have come to land which belonged exclusively to Arabs, that led them to expend the valuable resources of their proud nations on trying to oust a people who were not at all foreigners and very much belonged in the region where they were forged as a people and a nation.

Long after the Ottomans, the British and the French Empires left the region, Arab leaders presented themselves as still fighting colonialism in the form of anti-Zionism, desperately denying the age-old connection between the people of Israel and the land of Israel, refusing to realize that Zionism was itself an anti-colonial movement that finally gave a long-suffering indigenous people their place in their ancient home. It only takes a person who studies and acknowledges the Middle East’s history to rationally come to the conclusion that Jews, Arabs and other ethnic groups are part of this region and should be living and thriving together.

Zionism was never about replacing Arabs but about living with them and next to them as an equal nation and people.

Islam, too, is a broad and varied civilization, that, like Judaism, has many schools and interpretations. Those who claim that Islam mandates the negation of Jews and their hatred as evil do not speak for Islam. There are other strong interpretations of Islam that lead in a different direction. Historically, the golden age of Islamic rule is also the one in which Jews residing in the lands of Islam enjoyed a level of acceptance and tolerance that far surpassed that of Europe’s at the time. As some spaces in the West today are being beset by virulent anti-Zionism, it is time again for the Arab and Islamic world to demonstrate that its path to greatness does not entail the negation of the Jews nor their equal right to govern themselves, by themselves as sovereigns in their own state.

The United Arab Emirates, with its high rises, vibrant technological economy, global university campuses, and space programs, symbolizes an Arab future powered by a moderate, tolerant Islam. Good relations with Israel, full normalization, and even open Arab and Islamic support for Zionism is part of that future.

Those who cling to the belief that to be a proud Arab and a proud Muslim one must be an anti-Zionist are depriving themselves of a future that could be bright for all. We have wasted too much time. No more.

Maryam AlZaabi is a 19-year-old Emirati. She is a student at Sorbonne University in Abu Dhabi, majoring in History and International relations. Ibrahim Al Rashidi is a 20-year-old of Emirati and Lebanese origins. He is currently living in Brazil and studying geography. Dr. Einat Wilf is a former member of the Israeli Knesset and the co-author of The War of Return: How Western Indulgence of the Palestinian Dream has Obstructed the Path to Peace (St. Martin’s Press).