A CNN host apologized for comparing Trump to Nazis. But are there legitimate analogies? 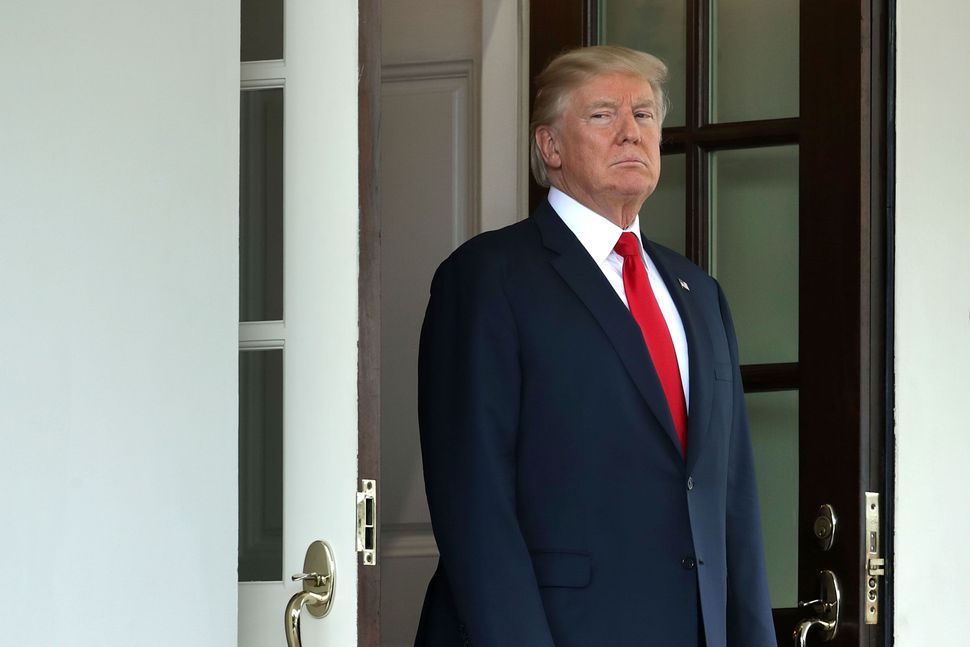 On Monday night, CNN anchor Christiane Amanpour apologized for comparing President Trump to the Nazis. A week earlier, on the 82nd anniversary of Kristallnacht, Amanpour had compared Trump’s continuous assault on truth with the Nazi atrocities, triggering a storm of outrage from Jewish institutions worldwide.

Her critics were correct that comparisons between Hitler’s Germany and Trump’s America have to be made with extreme caution, and Trump in the White House is not quite Hitler in the bunker. This is not wartime 1945.

But if history does not repeat itself, it does rhyme, and as historians, we have an obligation to use our skills to point to historical precedents when we see threats to our own societies.

In the case of Trump’s America, we must point to its similarities with Germany of the 1920s and 30s, while also keeping in mind the fundamental differences.

The first analogy that is instructive to bear in mind is the resurfacing of what was known as the stab-in-the-back myth. After Germany lost World War I, it was forced to cede its eastern provinces to the newly established Polish state and its western provinces to its arch-enemy, France. Germany had to pay substantial reparations to the victorious Allied powers.

But right-wing German politicians successfully spread the myth that it did not lose the war on the battlefield, but rather through being stabbed-in-the-back by its internal enemies, who were Socialists and Jews. Thus was a humiliating defeat turned into a political smear campaign, with the use of a familiar antisemitic trope that had long been a staple of European politicking.

As in the past, it worked. The stab-in-the-back narrative spread like wildfire, and remained in the consciousness of the German people for many years. It played a significant role in the rise of the Nazi party, and amplified antisemitic stereotypes.

America in 2020 has not lost a world war. And yet, Trump has made use of his own stab-in-the-back mythology on another front, accusing his political opponents. “This is a case where they’re trying to steal an election,” he said. “They’re trying to rig an election, and we can’t let that happen.”

Just as the right-wing forces in the young Republic of Weimar Germany spread the poison of hatred against alleged traitors in their own country, Trump is using the ultimate weapon of the loser, the conspiracy theory, to invent all manner of accusations about voter fraud, none of which are based in fact.

The rate of rejected Mail-In Ballots is 30 X’s lower in Pennsylvania this year than it was in 2016. This is why they kept our poll watchers and observers out of the “SACRED” vote counting rooms!https://t.co/QPlzfimbd4

And Weimar Germany again provides a window into the stakes of this kind of chatter, which dangerously polarizes and destabilizes society. By the early 1930s, German society was split to the point that one side of the political spectrum simply did not believe anything the other side said. And like in the stab-in-the-back myth in Germany, the voter fraud myth in America will also remain with us past the inauguration of a new president and far into the future, with devastating consequences to truth and democracy.

Georgia won’t let us look at the all important signature match. Without that the recount is MEANINGLESS. Open up unconstitutional Consent Decree, NOW! @BrianKempGA

But there’s a third lesson embedded in German history: The spread of these false narratives only works when there are sufficient enablers who help to spread and propagate them. Let us not forget: Before his military coup, Hitler came to prominence through constitutional means; he received the support of enough conservative politicians to be appointed Chancellor by the President of the Reich. He then forced parliament to pass the law that ultimately eroded Germany’s democratic constitution, the Enabling Act of 1933.

Hitler’s conservative allies despised him, looked down on him, and regarded him as nothing more than a vehicle for them to stay in power. They did not believe that Hitler would actually fulfill all the destructive promises he had made.

Hitler’s Vice-Chancellor, Franz von Papen, was not a Nazi. He did not like Hitler. He still helped him to come to and remain in power because he was sure that he would ultimately outsmart Hitler. He famously claimed he would keep him in check together with the more moderate cabinet members. Von Papen lost this game, and so did all the other enablers who made Hitler’s rule possible.

Trump is certainly not Hitler. And still, we have a lot of von Papens in today’s America. These are Republican politicians who despise Trump, who believe they are much smarter, and who are convinced that by helping Trump to stay in power they can vouchsafe their own values: by appointing justices and judges, by keeping a Republican majority in the Senate, by supporting conservative principles.

But Trump has long outsmarted them. He dismantled the Republican Party and got rid of many professional civil servants inside of our government institutions. He claimed openly that he would not accept a peaceful transition of power. His enablers have no excuse for not believing him.

Now that the hour of reckoning has come, many of them still stand by him. As he spreads the poison of a modern-day stab-in-the-back myth, they either support him openly or stand by in silence.

The real question of this post-election drama is no longer what Trump thinks or does. The real question is whether his enablers will continue to polarize the country even further, or if they will realize that they are not able to keep this president in check and start healing the wounds of the last four years.

The United States of America is not in the position of Weimar Germany. Unlike Germany which was an autocratic country until the fall of the Kaiser in 1918 and had just learned the rules of democracy, America is the oldest democracy in the world. It is a robust democracy which has the ability to withstand attacks from within and without.

But the U.S. needs politicians from both sides of the aisle to start a healing process instead of adding fuel to the fire of conspiracy theories.

If we can draw one lesson from the downfall of a seemingly functioning German democracy in the 1920s, it is that no country has an insurance policy against democratically elected leaders turning into authoritarian rulers. As Trump’s enablers continue to spread the modern-day stab-in-the-back conspiracy theory, the shadow of Weimar Germany looms over this presidential transition.

Michael Brenner is Professor of Jewish History at Ludwig Maximilian University in Munich, and Director of the Center for Israel Studies at American University in Washington, DC.

A CNN host apologized for comparing Trump to Nazis. But are there legitimate analogies?