The real reason so many Orthodox Jews voted for Trump 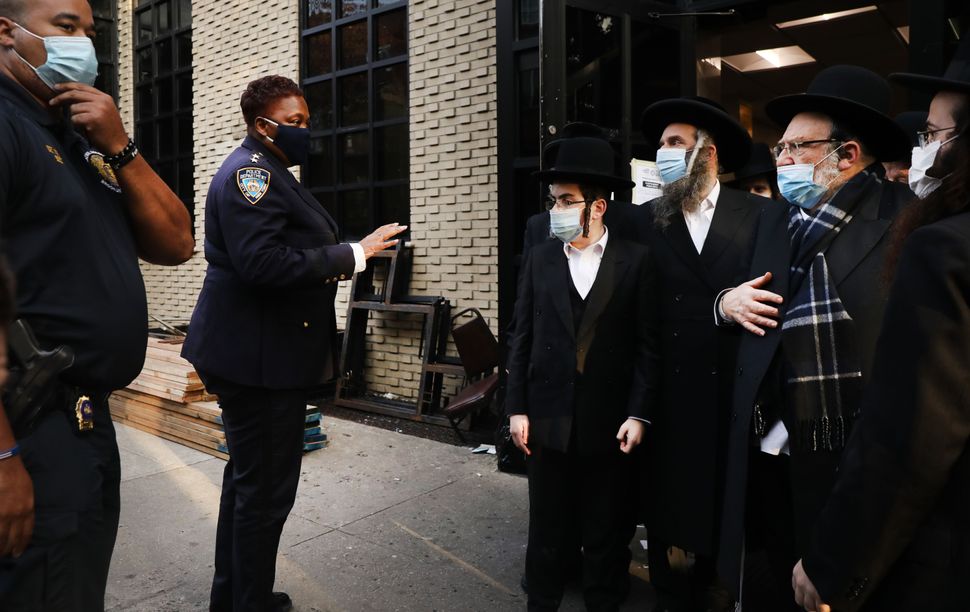 President-elect Biden received the most votes ever cast in a presidential election, surpassing the previous record set by Barack Obama in 2008. But soon-to-be-ex-President Donald Trump also won more votes than Obama ever did. Close to half the Americans who voted in the election did so for Donald Trump.

Why? It’s something many Democrats are struggling to understand. But it’s crucial that anyone invested in unifying our country do so. And contrary to what some may wish to believe, the divide isn’t between rally-going, mask-shunning, MAGA hat-wearing yahoos and genteel, reasonable citizens.

As someone who comes from a community that voted overwhelmingly for the President, I can tell you that support was motivated not by anti-immigrant, anti-media, anti-Obamacare, anti-environmental sentiment, but rather by fear of what many see as an erosion of respect in the U.S. for traditional values. And if soon-to-be President Biden and the Democratic Party truly want to unify the country, they need to take these concerns very seriously.

And we Orthodox Jews are concerned. Like Evangelical Christians and Catholics, we are alarmed by what we see as a breakdown of traditional mores. To be sure, on some issues we part ways with Christians. We’re not exactly fans of the idea that Christians need to “share the good news” of the gospel with Jews. And we are much more pro-immigrant, both because of our core beliefs and because of our sensitivity to our own history. And while many of us would like to see a reversal of the Roe v. Wade decision, we don’t endorse the view that a fetus is a person. Legal abortion, we feel, needs to be an option in limited circumstances.

And yet, like our Christian brothers and sisters, we are troubled by the prospect of being forced to effectively declare our acceptance of the sexual Zeitgeist or risk being ostracized — or worse.

As Supreme Court Justice Samuel Alito noted in a recent speech, defining marriage as it has been defined for millennia until recently is now “considered bigotry” by many. He predicted that “one of the great challenges for the Supreme Court going forward will be to protect freedom of speech.”

Then there are cases like that of Jack Phillips, the baker found by the Colorado Civil Rights Commission to have violated a state law prohibiting discrimination by businesses. Mr. Phillips hadn’t refused to sell any of his baked goods to a gay couple, but politely explained to the men that his religious beliefs prevented him from custom baking a wedding cake for the men, as they had requested. Although many other bakeries would have eagerly honored the pair’s request — and a number in fact offered them their services — the customers complained to the Commission, which found Mr. Phillips in violation of the anti-discrimination law.

The case reached the Supreme Court and, in 2018, it reversed the commission’s decision, but only because some commissioners had expressed hostility to religion. One, for instance, had characterized the baker’s religious stance as akin to other “kinds of discrimination throughout history, whether it be slavery, whether it be the Holocaust.”

But the Justices did not rule on the essential issue of the clash between anti-discrimination laws and religious or free speech rights. And there are signs that this is going to be increasingly at issue. The federal Religious Freedom Restoration Act prohibits the U.S. government from substantially burdening a citizen’s exercise of religion in most cases, and more than 20 states have their own state RFRAs. But a bill in Congress, the “Equality Act,” would expand the Civil Rights Act of 1964 to cover “sexual orientation” and “gender identity,” and if made law, it would trump any protection of religious Americans to act in accord with their beliefs.

So for religious Americans, the stakes at the moment are high, not because we bear ill will toward those who identify as LBGT but because we want to be able to live by our beliefs.

All of which is to say that even religious Americans who may be happy that Mr. Trump is being evicted from his home on Pennsylvania Avenue are happy, too, that over his four years in office he was able to appoint more than 200 federal judges, including three relatively young conservative justices to the Supreme Court. As it happens, the Supreme Court just ruled for religious groups (including the one I work for, Agudath Israel of America) against New York State’s unfair treatment of houses of worship.

And happy as well that Mr. Biden, despite the efforts of some in his party to insist on divisive, “progressive” priorities, has pledged to bring Americans — together.

If President-elect Biden wishes to do as he says and bring Americans together — including the 73,860,143 citizens who voted for his opponent — he can do that only by acknowledging and respecting religious voters’ deepest convictions.

The real reason so many Orthodox Jews voted for Trump