Brandeis University’s Jewish Futures Project just released a blockbuster report following-up on Birthright Israel’s first decade of applicants that should have had Jews united in celebration. Long-term tracking of Birthright alumni shows that judging by eighteen key criteria of positive Jewish involvement, from feeling connected to Israel to attending religious services to having Jewish friends to marrying Jewish, the impact of these ten-day trips often lasts a lifetime.

But instead of celebrating this feat, a small group of academics have seized on the happy news to bash Birthright.

The chief complaint, as one Forward column charged, is that “Birthright’s insulting obsession with intermarriage is erasing young Jews.” “A closer look at the study reveals how deeply the Jewish community remains enthralled to an outmoded view of Jewish engagement that’s based on antiquated and insulting views about intermarriage,” the OpEd argued, following “a long-standing tradition of treating the life choices of individual Jews as widgets to be manipulated in service of a project that these individual Jews themselves may not care about.”

But this criticism misses the point about Birthright, as well as the JFP study. It’s true that the study emphasizes the news that participants are much more likely to have a Jewish spouse or partner; it found that 55% of Birthright participants married Jews, as opposed to 39% who did not participate. But the JFP researchers explained why that conclusion is so significant: Following the data in this and countless other studies, your decision to marry Jewish often opens the door to more — and more meaningful — Jewish involvements.

The reason for this is intuitive: More is more. Two Jews partnering together creates an all-Jewish family alliance which increases the quantity and quality of Jewish living exponentially.

And this is where Birthright comes in. Birthright’s goal is not that Jews marry other Jews, but rather, that Jews stay engaged, a goal that the data also show is amplified by marrying Jewish. That experiencing Israel with Jewish peers also ends up encouraging Jews to marry other Jews compounds this effect a third time over.

Alas, reflecting American society’s increasing addiction to all-or-nothing, either-or-ness, critics of Birthright have cast this acknowledgement of a Jewish partnership’s positive role in building American Jewry’s future into an assault on those who intermarry. Moreover, confusing inputs with outcome, they assume that just because many Birthrighters marry Jews, Birthright hounds Jews not to intermarry. That false assumption mixes up the American-based conclusions participants draw once they return and resume their lives, with the Jewishly-inspiring Israel-experience Birthright offers. It’s like claiming that just because some Hispanics voted for Donald Trump, Trump didn’t make bigoted anti-Mexican remarks.

In fact, these critics have exposed the great irony which every good Birthright educator understands — and which many establishment American Jews fail to grasp: Taglit-Birthright Israel has been so effective in promoting in-marriage because it doesn’t.

Educators must be reality-based idealists. They know that 40% of Birthrighters come from intermarried homes. A program that demonized many participants’ parents’ choices, as well as their own, would flop. It wouldn’t have attracted 750,000 overwhelmingly-happy participants. It wouldn’t have generated such generally-euphoric feedback. And it wouldn’t have inspired so many Jews to marry one another.

It is a truth that ought to be more widely acknowledged that insecure ideologues demonize other people’s choices; visionary educators celebrate particular paths.

Ultimately, the secret of Birthright’s success, what I call the Zen of Birthright, is that rather than being a defensive, reactive program, it’s affirmative. It’s proactive. It’s Pilates Judaism, strengthening the core and trusting good results to follow.

Enough with being allergic to any good communal news. Don’t blame Birthright for the amazing results it produces; applaud it for the exciting vision of Jewish community it is modeling and spreading.

Professor Gil Troy is an American historian and Zionist activist. His latest book, co-authored with Natan Sharansky, is Never Alone: Prison, Politics and My People. Troy chairs Taglit-Birthright Israel’s International Education Committee as a lay leader. The views expressed here are his own and not the organization’s. 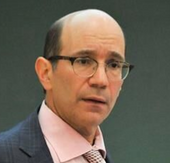