As a Hispanic Jew, I don’t have the luxury of anti-Zionism 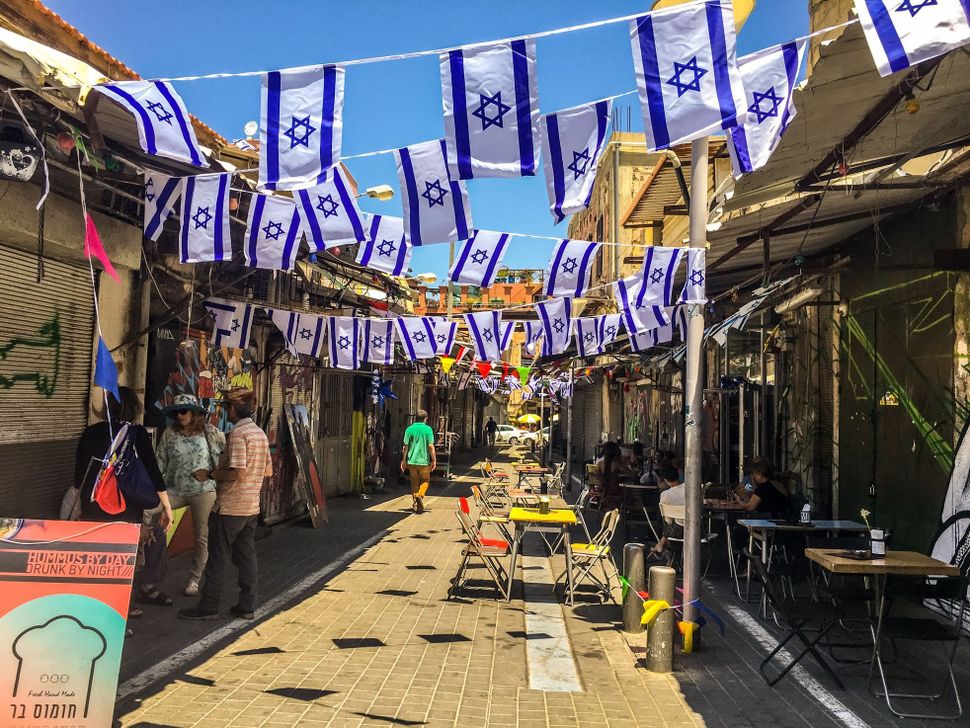 “Are you Spanish, or are you Jewish?”

Growing up in an American suburb, I was asked that question any time I would pick up the phone to talk to my parents. In hindsight, most people who asked didn’t really know what being “Spanish” actually meant, other than someone who spoke Spanish.

“I’m both,” I would always say. “I’m Uruguayan-American and Jewish.”

“Well, you don’t look Uruguayan,” was the predictable response.

When I moved to the U.S. from Uruguay as a child, I was forced to navigate between three different identities, and to weave together their intersections: I was Hispanic, whatever that meant; I was Jewish; and, while I hated admitting it as a kid, I was American too.

These were sometimes uncomfortably overlapping identities. I definitely wasn’t a “white American.” I shared a common language and love of “futbol” with the other Hispanic students at my high school. But to them, I might as well have been white, something they made clear. “You’re not a real Hispanic,” a classmate told me when he heard my last name. 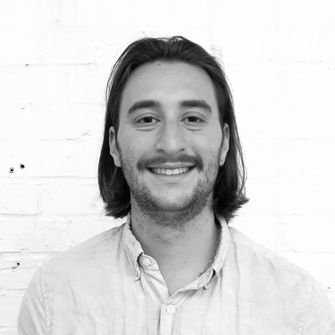 By white Americans, I found myself tokenized as a “person of color,” an attempt to acknowledge my immigrant experience. But these attempts would routinely — and bizarrely — ascribe to me experiences of discrimination that I hadn’t faced.

In a sense, the way my classmates viewed me was just as accurate; I am a white Jewish man who has moved through the world with the privileges that my complexion entails. The only difference between me and other white American Jews is that my ancestors’ ship veered south.

And when it came to my Jewish identity, things got even more complicated. When I attended Jewish day school, my peers insisted that we were different. “Your family doesn’t even practice Judaism,” they told me.

To them, religion, prayer, and belief in God were the way in which Jews connected with each other. They didn’t understand how I could be Jewish while eating pork, not belonging to a synagogue, and not keeping Shabbat.

On the other hand, my dad was shocked that my school emphasized Jewish religious studies so much. He was confused why we never learned about Jewish geography, Israeli history or Israeli politics.

“These American Jews don’t get it,” he would tell me. “They think that because they don’t face antisemitism, they don’t need Israel.”

Coming from a community of 15,000, Uruguay’s Jews never had the privilege of ignoring the larger Jewish culture of which they are part. Uruguayan Jews practice a cultural Zionism that places them within the atom, but not the nucleus, of the world Jewish community.

That’s why when my cousins get together every Friday night for Shabbat dinner, it doesn’t matter that my grandma serves pork empanadas. That’s why my cousins went to Zionist youth movements every Saturday instead of synagogue. It’s part of the reason why Uruguay has one of the highest rates of Aliyah in the world, and why most Jewish people there can speak at least basic Hebrew.

Despite being founded on an exclusive notion of citizenship, Israel was the only place where I didn’t feel like a cultural anomaly. Living in Israel, I met and befriended Jews from India, Kazakhstan, and Azerbaijan. My closest friends were fellow Hispanic-Jews, people who shared and understood my story. When asked about my origins, I began to answer “Uruguayan-American,” proud of my multicultural background.

Israel was a place where I could be myself. The rock bands that I watched at Tel Aviv clubs, the art shows I attended, and the language that I spoke when I went to buy beer and a tub of hummus, were Jewish music, Jewish art, and the Jewish language being used to buy Jewish food.

Of course, it’s easy to feel accepted when you’re on the inside. I heard stories from Palestinian friends about being denied work permits, held up at checkpoints, and profiled by police. I visited Hebron and saw the hundreds of soldiers stationed to preserve a small Jewish presence in the middle of the West Bank’s biggest city. And more than anything, I observed how many Israelis, frustrated with the failure of past peace accords, were indifferent.

Through these experiences, I came to understand something fundamental about American Jewish identity: American Jews are taught to connect with Judaism either through traditional concepts of religious practice, or through a Zionism that demands that people “stand with Israel.” It’s a binary that’s led many to simply check out.

Other progressive Jews have crafted a third option. For young Jews in activist groups like IfNotNow and Jewish Voice for Peace, Judaism is rooted in social justice, in Tikun Olam. Jews on the left are reviving Yiddish, seeing it as an authentic progressive alternative to Hebrew, which is tainted by Israel’s shortcomings. Following in the footsteps of the non-Zionist Bundist movements of the late 19th and early 20th century, their Judaism is emphatically diasporic.

But to insist that Judaism’s spiritual home is in New York or Berlin is to exclude Jews who don’t come from those places or otherwise can’t access them. New York and Berlin aren’t our places — not anymore, not since the Shoah.

Moreover, English, German, and Yiddish don’t belong to all of us. And to someone like me, to whom Israel and Hebrew represented a way to have a Jewish identity in a tiny Jewish community in South America, efforts to eschew the State of Israel in favor of a diasporic European Judaism scream of Ashkenormativity.

Israel, the notion of a Jewish home, is something which we all have in common, regardless of its politics, whether we like it or not.

For Uruguay’s Jews, Judaism is a global culture. American Jews should learn from this.

What if instead of connecting to Judaism through religious practice, “standing with Israel,” or social justice, these competing views could be incorporated into a larger, albeit thinner, notion of Judaism? This is the message Uruguay’s Jews have for the rest of world Jewry: the value of cultural Jewishness.

In this view, Israel and Zionism are unquestionably part of the Jewish experience. This is not a political Zionism but a cultural one, advocated for by the likes of Ahad Ha’am, Boris Schatz, and more recently Peter Beinart.

Israeli is an idea; it is a means by which to carve an inclusive Jewish identity.

This view of Judaism as a culture which belongs equally to Tel Avivians smoking spliffs as it does to Jews at a “Free Palestine” protest; equally to haredi Jews practicing in Lakewood as to old Israelis sitting about playing backgammon, reminiscing about the old days in Turkey.

This notion leaves room for all Jews, religious, secular, right-wing, and left-wing, to identify with. Israeli culture is part of Judith Butler, Julian Edelman, Sheldon Adelson, and Gad Emaleh.

Recognizing Israel, Zionism, and the Hebrew language as a part of us all won’t necessarily solve the divisions and debates which are foundational to the Jewish experience. But at the very least, perhaps recognizing Israel as part of ourselves might help young Jewish immigrants like myself recognize our cultural home.

Martin Francisco Saps is a Uruguayan-American writer whose work has appeared in Haaretz. He is currently working on a semi-autobiographical book exploring themes of immigration, contemporary Judaism, and multicultural identity. You can find him on Twitter @mf_saps or email him at martinfsaps@gmail.com.

As a Hispanic Jew, I don’t have the luxury of anti-Zionism