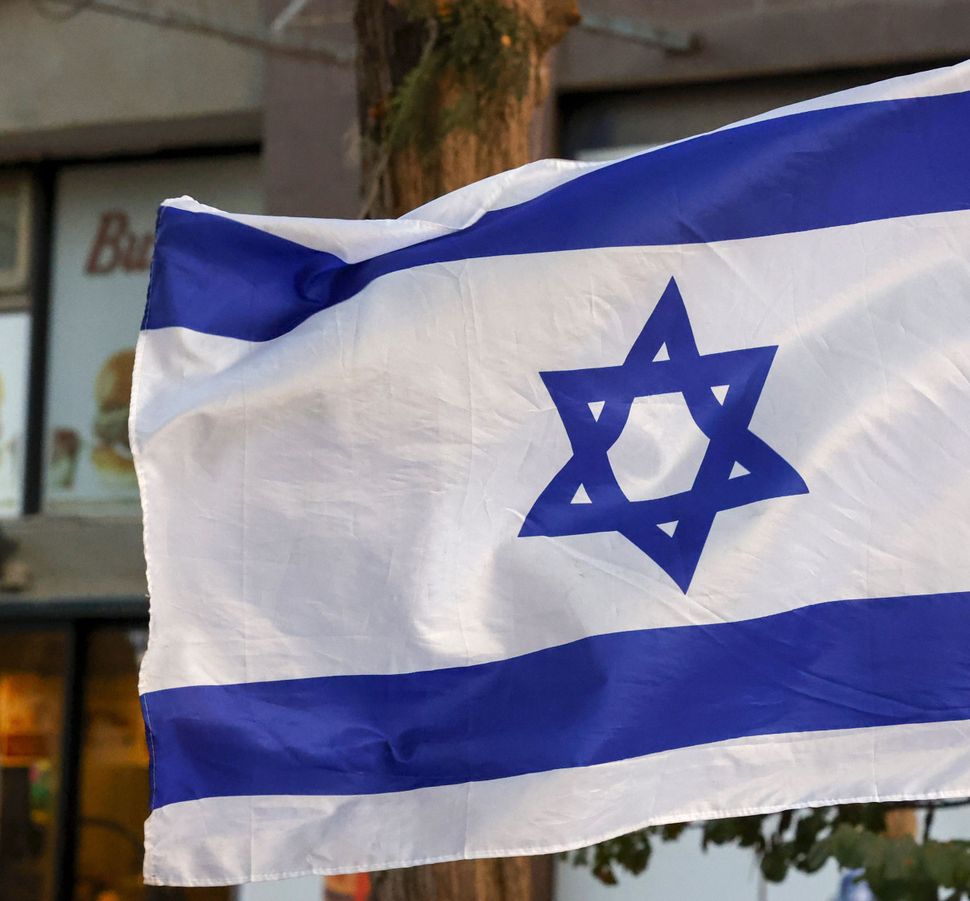 It’s a mismatched and bizarre pairing: a world-renowned linguist whose ideas on Zionism and the state of Israel have shaped leftist discourse for decades versus a glorified college activist whose works include the YouTube videos “Avatar Jewish Connection” and “Breaking Down Seth Rogen’s ‘Internalized Anti-Semitism.”

The fact that this event is happening at all demonstrates the unfortunate success of Rochman’s approach to activism, which stands in contrast to traditional Zionist advocacy. Organizations like the Jewish National Fund, AIPAC and the Zionist Organization of America have historically adhered to a limited ideology that has gone largely unchanged for seven decades, one that sells Israel as a post-Holocaust bastion of security for the Jewish people and a perpetual underdog. They see the role of American Jews as being to uncritically support Israel, both financially and politically.

And many of them still wrongly identify support of Israel as a shared issue with those on the left.

There was substantial support for Zionism on the American left around the time of Israel’s founding. But after the 1967 Six Day War, which saw Israel occupy the Golan, West Bank, Gaza and Sinai, Israel increasingly ran afoul of growing anti-colonial sentiment among those on the left. But to more traditional American Zionists, it was not Israel that changed, but the left itself. Unwilling to adjust their ideas about Israel as it gained power, their arguments for unfettered support of the country increasingly failed to resonate with new generations growing up in a world where Israel was an occupier, not a victim.

Rochman represents a new approach: He is part of a growing wave of Zionist activists that aim to appeal to a younger audience by mimicking forms of activism that are already popular in leftist circles. By blending historically leftist language about indigeneity and solidarity with the hasbara of clickbait Zionism, Rochman and his ilk have created a form of activism engineered to appeal to the liberal tendencies of a younger Jewish audience.

But Rochman’s ideology centers on the notion that Jews deserve a voice in discourse about indigenous rights, and that denying them that is antisemitic. He claims that the Jewish people are indigenous to Judea, the Biblical name for part of what is today part of the state of Israel. He has stated that Zionism is the “most successful indigenous liberation movement that has ever existed.”

That position is a canny twisting of true Indigenous rights movements, which exist everywhere from Australia to the United States and seek to gain recognition for the suffering of native groups. As in many places, the Palestinian cause centers around the issue of dispossession at the hands of Europen colonial powers — in their case, Britain’s decision to carve out part of Mandatory Palestine as a Jewish state. Zionism, on the other hand, echoed those European colonial movements.

This new face of American Zionism is deeply connected to the peculiar position of younger American Jews. American Jews aged 18-29 are substantially more progressive than their parents, particularly when it comes to Israel.

We witnessed the development of Rochman’s ideology and influence as his classmates at Columbia University. As leaders in left-leaning groups like J Street and IfNotNow, we watched as Rochman founded Students Supporting Israel, a group notorious for its almost comical pro-Israel antics, which included flying a plane over campus during Apartheid Week with a banner that read “HEBREW LIBERATION WEEK.” One of Rochman’s earliest experiments with indigeneity discourse was his highly memeable “Indigenous People’s Unite” event, for which he brought together speakers from a variety of indigenous groups with the purpose of validating his belief that Israelis, or “Israelites,” as he referred to them, were indigenous to the Land of Israel.

Rochman, who began a quasi-career as an internet celebrity after leaving Columbia in 2018, is not alone in making this argument. Hen Mazzig, a frequent speaker on the college campus circuit and Israeli Zionist activist, uses similar tactics. In October 2020, he authored an op-ed in Newsweek entitled, “Are Jews Indigenous? Here’s what a Native American Jew Thinks.” He quoted Mahrinah von Schlegel, his interviewee, as saying that “Jews are not only indigenous to Israel — we are indigenous peoples.”

Part of what’s surprising — and paradoxical — about Rochman and Mazzig’s brand of activism is that it simultaneously attempts to appeal to young American Jews and to distance Israel from the U.S. Rochman has said that he doesn’t support the U.S.’s involvement in Israel’s politics and places blame for the conflict at the hands of the imperial powers. Last fall, Mazzig, a Mizrahi Jew who traces his lineage to the indigenous North African Amazigh tribe, shared an Instagram post referring to English as an imperial language in Israel. Both these examples run counter to the arguments of establishment voices like AIPAC and the ZOA, whose very existence is predicated on the need for a close relationship — militarily and financially — between America and Israel.

“Adopting the left’s language is simply a way to fool progressives into thinking that up is down and supporting the Israeli government is supporting human rights,” said Morriah Kaplan, national spokesperson for IfNotNow. “Aside from being a false equivalence, the appropriation of indigenous identity and experience is deeply offensive and disrespectful to indigenous communities around the world.” Rochman takes it a step further, presenting himself as the newest Great Communicator, able to reach across a seemingly intractable political divide and unite Israelis and Palestinians. In one video, Rochman tells a Palestinian man that “you’d be surprised as to how much we actually agree.”

At a time when many Ashkenazi Jews are examining how race factors into their identity, normalizing the notion that Jews are indigenous to the land on which Israel was founded in the same way as other indigenous peoples is deeply irresponsible. The Chomsky debate will likely be more of the same, but will also dangerously legitimize this ideology.

Jonah Goldman Kay is a writer based in New Orleans whose work has appeared in The New Republic, Politico and The Paris Review.

Sylvie Rosen is an outdoor educator and activist based in the Bay Area.