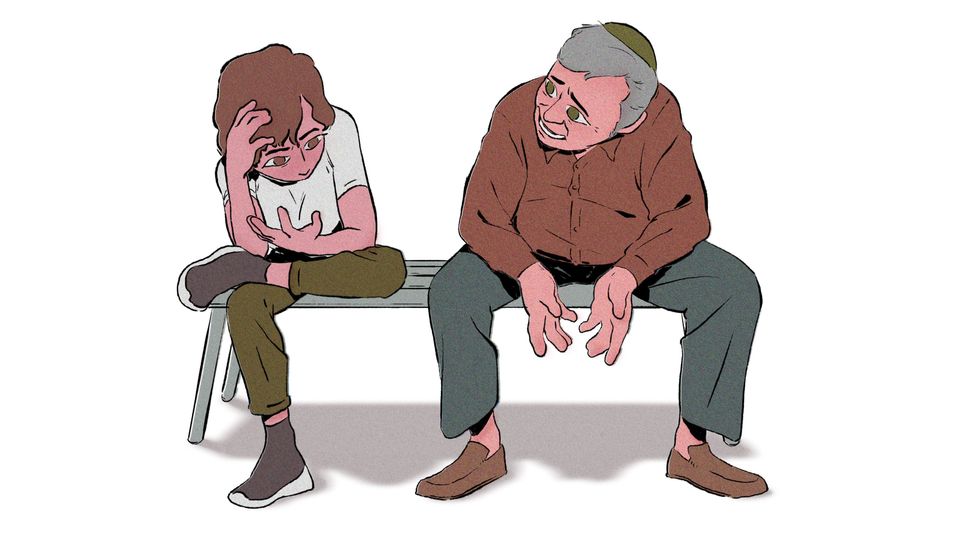 Gen Z and Millennial Jews have been having conversations with their family members and friends about race in the United States. Image by Mariah Marshall

Generation Z and Millennials, born between the early 1980s and the early 2010s, are having tough conversations with their parents, siblings, children and friends as America reckons, once again, with issues of police violence, privilege and white supremacy.

They use FaceTime, Zoom, text message, email and the kitchen table. They talk about articles, news clips, petitions and legislation. And at the center of it all is the calling for Jews that echoes throughout each generation — to try to repair the world.

When the Forward spoke to America’s Generation Z and Millennial Jews about the intergenerational conversations happening in their families and social circles, the responses were so powerful that we wanted readers to be able to listen to these individuals in their own voices, with their own words.

Read about them and click the audio files below to hear clips of their testimonies. 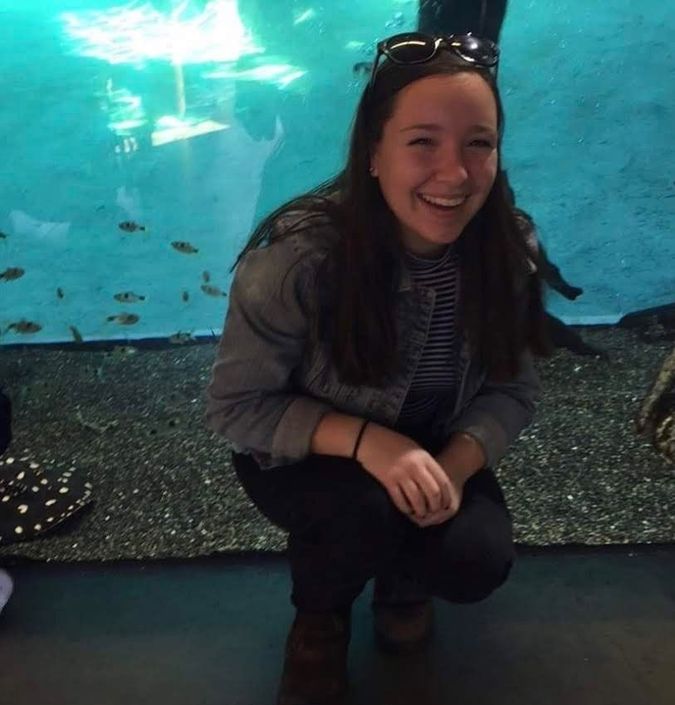 Elise Barnathan, 19, is a student at Chapman University studying Psychology and Peace and Conflict Studies. She grew up in the Reform Jewish community in the San Fernando Valley in California.

And he didn’t understand, I guess, why they both were causing all of this chaos, which really frustrated me. Because you know, of course George Floyd didn’t plan to have his life be at the center of this movement, and that’s kind of the point. You know, Martin Luther King was obviously a great leader for the civil rights movement and we learn about him now because he was an important part of our history, but they’re going to learn about George Floyd also. 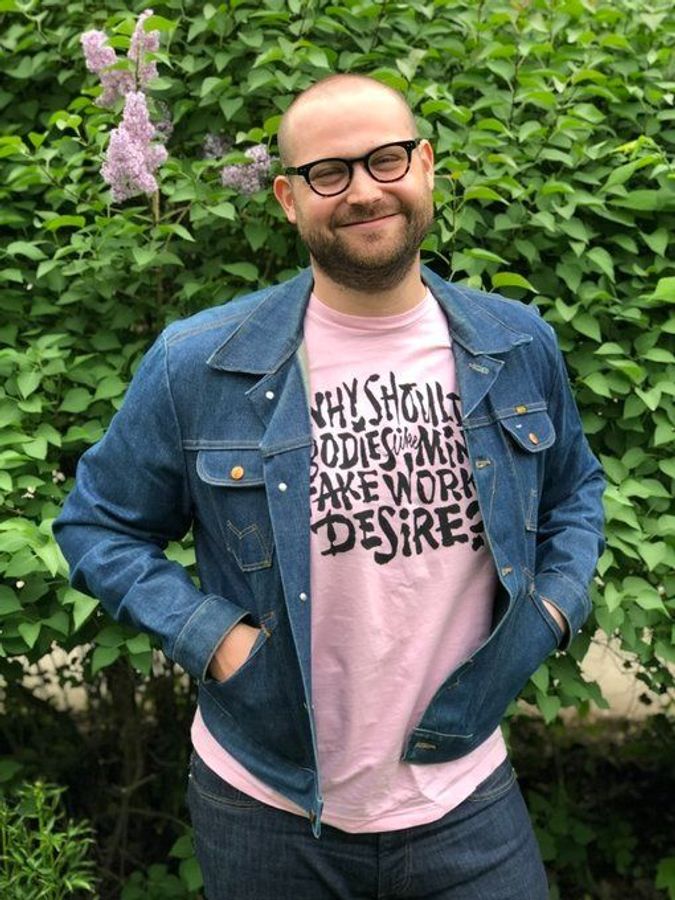 Justin Levy, 31, had been working in the live music industry in Minneapolis, his hometown, before the coronavirus outbreak. He identifies as culturally Jewish.

I shared the article “In Defense of Looting.” I don’t think they [my parents] would have even thought to try and defend looting or look at looting as a valid practice and protest. I think there is the nature of being more tapped into the conversation of like, this is why we are looting.

I think sometimes it also has to do with the difference in technology and the way that news spreads, and sort of — when my parents were watching the riots in Minneapolis 40-plus years ago, there was really only one or two sources for them to see what was happening, but now we have direct, on-the-ground accounts.

A 20-year old Orthodox woman spoke on the condition of anonymity because she did not want to upset her mother. She grew up in Brooklyn, identifies as Yeshivish and is the eldest of six siblings.

My father’s like a little bit more conservative I guess than my mother and I. He’s just generally— his opinions are usually more to the right than mine and my mother’s. He’s, like, worried about the rioting, he’s worried about looting, and he’s just worried. Because, keep in mind, he grew up in Brooklyn during the Crown Heights riots, and also in his neighborhood his family is one of the first Jewish families to move in, so he’s just afraid of something like that happening again, where things get out of control. And of course everyone’s going to blame the Jews because they always blame the Jews. It’s history — everyone blames the Jews.

So the conversation sounds like this, like: “Look, they need to be out protesting. Protests have to happen, like do you want police to get away with murdering people like that?” He’s not disagreeing with that, it’s just that he’s more worried about the looting. And like now that he’s seeing it’s under control, I feel like he’s also calming down. But at the same time I feel like he’s getting a little bit too influenced by these things that are going around, like “Oh, it’s the black community’s fault; there’s too much violence in the community.” And like, we try. We try. He’s not like, a rabid racist. That’s the thing: There’s shades of gray. And we’re trying to like, get him from like this shade of gray to that shade of gray, you know? 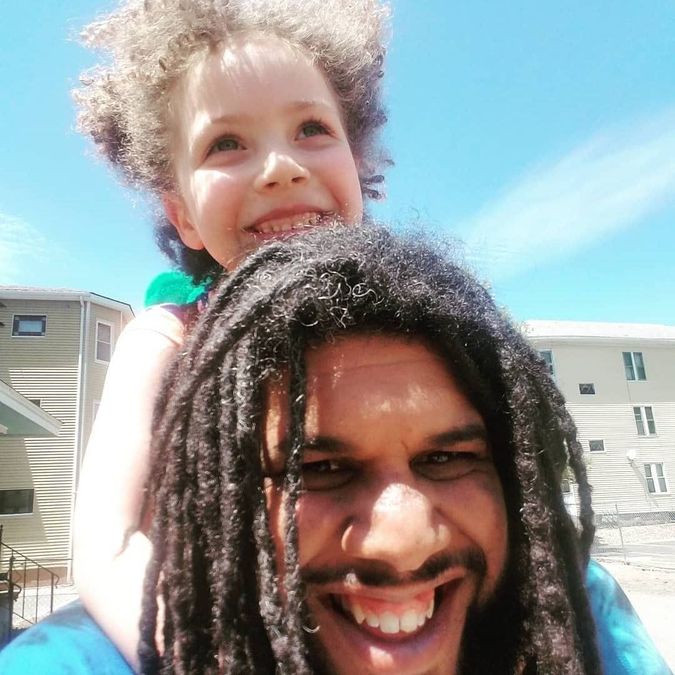 Jordan Berg Powers, 38, is the executive director of Mass Alliance, a progressive organization in Massachusetts. He grew up in Pennsylvania but now lives in Worcester, Mass. and identifies as Conservative.

With my daughter, we don’t shield this from her, we talk to her about it. And I saw the video of George Floyd’s daughter, who’s six-years-old, and my daughter’s six-years-old, and it’s really difficult. I don’t know what I would do if I wasn’t on this earth with my daughter. And the idea that I couldn’t see her tomorrow is too much. It’s too much. And that somebody would have to explain to my daughter that she wouldn’t see me, she wouldn’t see Abba, which she calls me, tomorrow — for what? For what? That broke me. It was just— it really hit me. 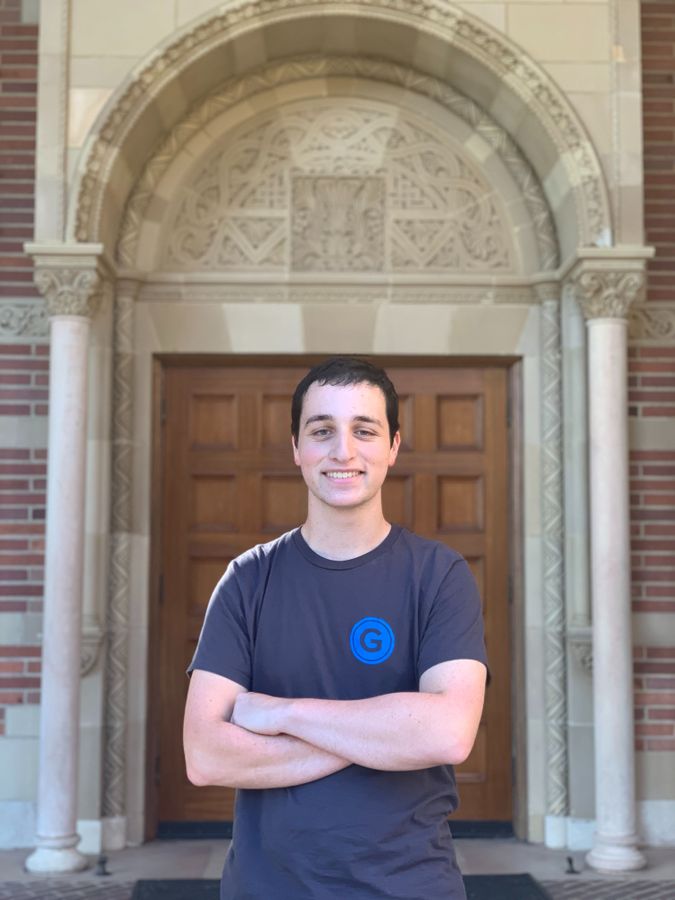 Grayson Peters, 20, is a Political Science and French major at UCLA. He grew up in Agoura Hills, Calif. and identifies as culturally Jewish.

I use Twitter a lot in my day-to-day, and I started collecting videos that people were recording — no more than 20-second clips of discrete acts of police violence. And I collected these all and I sat my mom down and I played one after the other to sort of get the point across of — “Here’s the policeman on horseback in Houston who intentionally ran over a protester” and “Here’s an LAPD officer who intentionally drove into the crowd,” and once I started showing her video after video, not that she wasn’t sympathetic before, but she was more concerned about the looting and the vandalism. Now, she gets it. 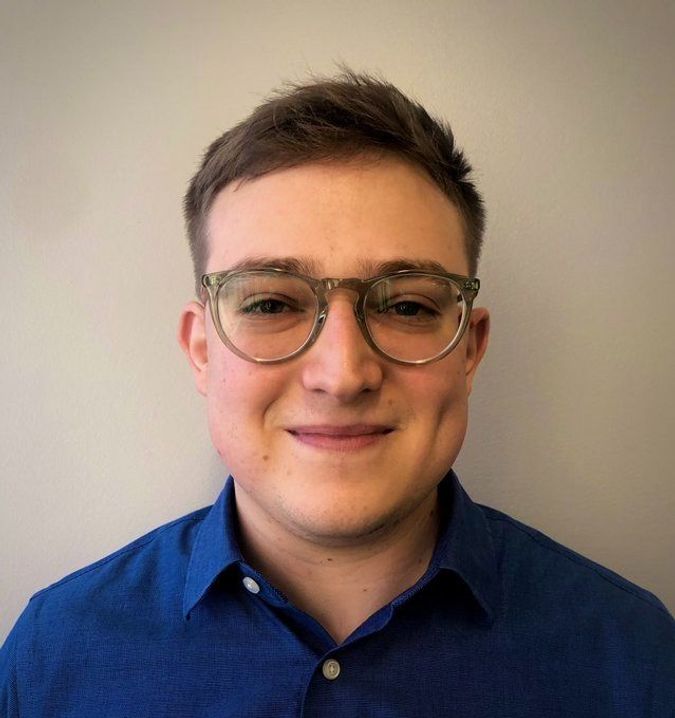 Tyler Grasee, 26, grew up in Wisconsin but now lives in Washington, D.C. He works in nonprofit grantmaking and identifies as Conservative or Traditional Egalitarian.

The most recent conversations actually haven’t sounded like anything — I thought I’d take advantage of this opportunity where we’re all isolated to write sort of an email template in the style of, like, the nonprofits that I support when they write out, like, calls for donations. The reason I did this is because I have a hard time articulating what I’m thinking to my family, because we do disagree on a number of things politically, and I’ve choked up in front of them. I’ve sort of panicked in the past, and it has not been helpful in convincing them of anything, or really it hasn’t been a dialogue at all. So I thought, why not try this right now?

I went to a liberal arts college, and I was given language and frameworks to think about race in America that my parents both generationally and because of the style of education they received do not have. So when I talk, it sounds like a bunch of mumbo jumbo, and they think I’m just making things up. I tried to use the language of what I’d call conservatism — like I wanted to essentially provoke them with links to what I would consider fact, like, “Isn’t it irresponsible how much we budget for police departments when we spend so little on blank?” or “Isn’t it an infringement of individual liberty when police officers attack people?” or “Shouldn’t employers be vetting their employees more?” In my mind, this is the language that I grew up with. 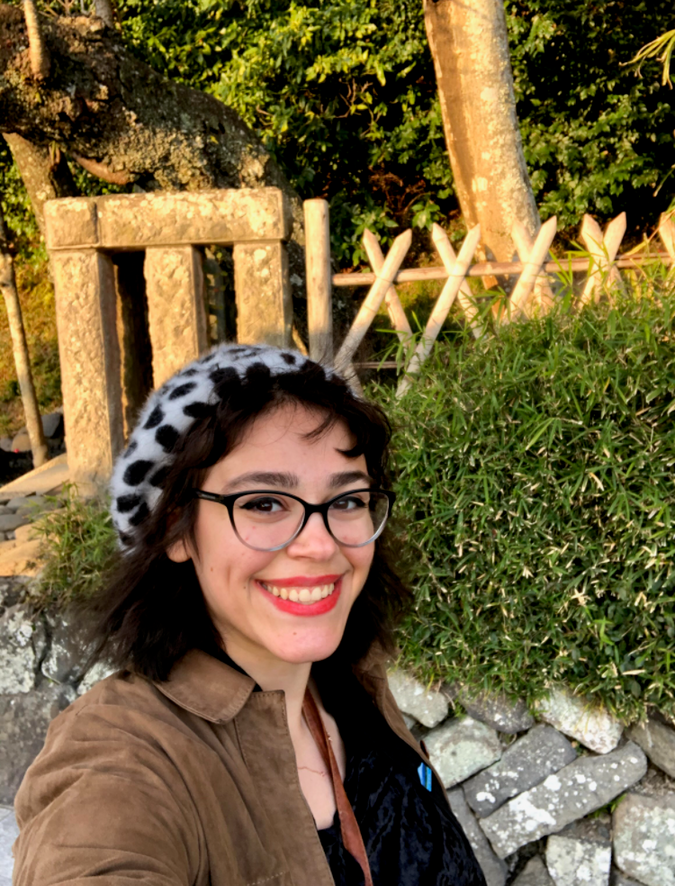 Valerie Levy, 20, is an English major at Temple University. She grew up in Rockville, Md. and identifies as Reform.

My mom came from the former Soviet Union. From her experience, Jews like her in the Soviet Union were not considered, like, white, per say, and she faced a lot of religious persecution, which is why she came to the U.S. A lot of times, we argue about, how much white privilege do we have, whether or not we’re considered white — I guess what we realized after talking to each other is that we both agree that we have white privilege and that as white Jews, we benefit from systemic racism. She just doesn’t identify as white the same way I do coming from a country where she wasn’t treated as such. 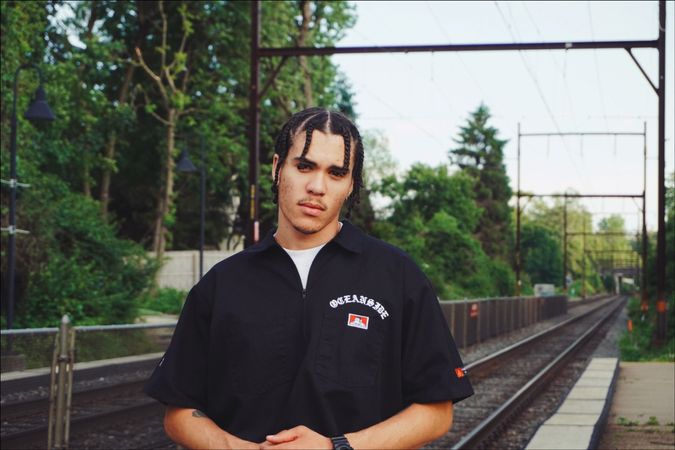 Noah Shufutinsky, 20, is a Judaic Studies major at the George Washington University. He moved around as a child but spent most of his early years in San Diego, Calif. He identifies as “just Jewish.” 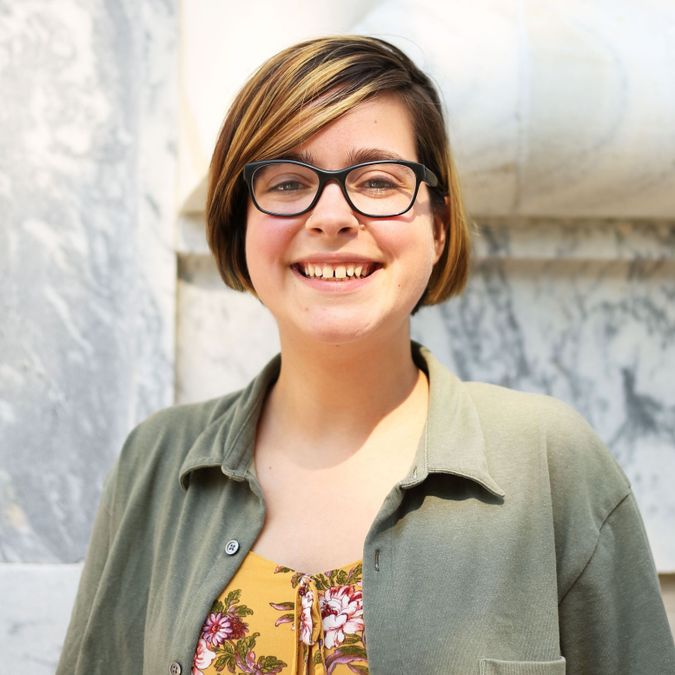 Naomi Keutsch Baker, 22, recently graduated Emory University with a degree in Computer Science. She lives in Atlanta but grew up in New York City. She identifies as Jewish and atheist.

Some of the language that my parents use compared to myself — labels and identities — these things change so rapidly over time, even in the past few months. For example, my parents tend to use the marker “African-American” instead of “black,” and both are still used widely today, but I think they’ve not completely grasped the sort of switch.