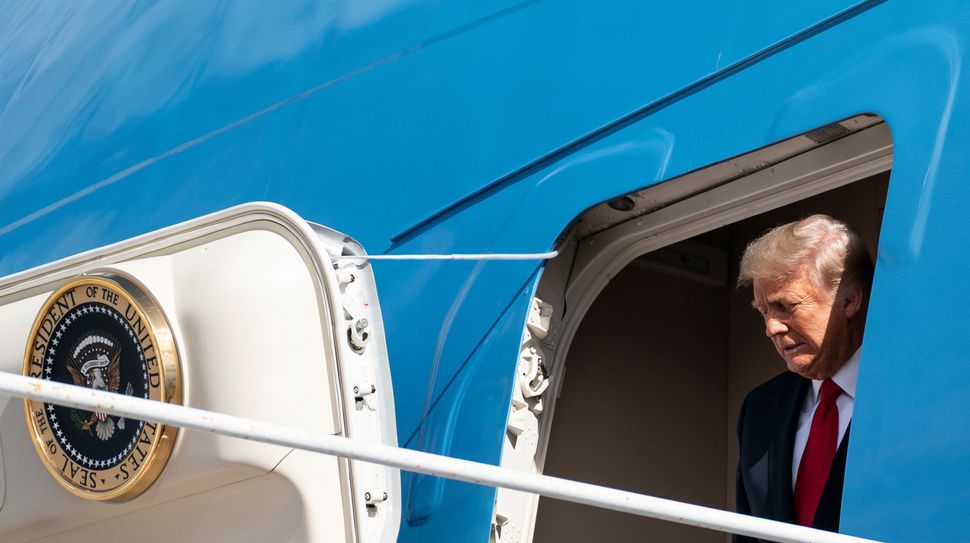 The results of Donald Trump’s second impeachment trial are in, and they are likely to satisfy nobody.

As expected, the final tally of votes fell well short of the supermajority needed for a conviction, disappointing Democrats who had hoped to finally land a knockout blow on Trump’s future political prospects. Less expected was that seven Republican Senators voted to convict the 45th President, an unprecedented display of bipartisan revulsion towards the horrors of Jan. 6. (Make it 7.5, as Mitch McConnell’s post-vote speech from the Senate floor was a vote to convict in all but name.)

Like much from the Trump era, the vote pointed to a system that worked, but not too well. Institutions tottered, but didn’t quite collapse. A President was reprimanded, but only just.

A room left unlocked is always on the verge of being reopened. Since the Senate acquitted Trump, noise has once more been made about him running in 2024, stoked both by his insatiable need for the spotlight, his enduring popularity among the party he has led into the wilderness, and our collective and continual Trump addiction. But to continue to feed that addiction by focusing on Trump would be a profound mistake, across the political spectrum.

For those who saw Trump as a monster and those who saw him as a hero alike, one of the most urgent imperatives in American politics and culture must be to move beyond him and begin envisioning a landscape lush with fresh challenges and new opportunities. It’s time for the three main forces in American politics — the Democrats, the Republicans and the media — to focus.

The first group that needs to put Trump in the rearview mirror is the G.O.P. The Jan. 6 riot demonstrated just how dangerous his continuing influence could be. He has not earned the power to continue to guide the party. His tenure resulted in Republicans losing control of every democratically-elected branch of the federal government, and his legacy is crackpots like Marjorie Taylor Greene and a fractured and divided party that in many ways has become hostile to democracy itself.

Elected Republican officials must somehow break his hold on their rank and file if they wish to guide their party into a functional future. To move forward guided by an obsession with Trump’s Big Lie of a stolen election — upheld to this day by many of his supporters in Congress — would preclude that possibility. The incentives that still make fealty to Trump seem like a requirement for success in Republican politics need to be reversed, or at least diluted. Nikki Haley’s denunciation of her former boss is a good first step; Republicam Congressman Adam Kizinger and Senator Mitt Romney have likewise shown real courage with strong pivots away from Trump. The day a Republican wins a major office by running against Trump’s political inheritance is the day the party will be on its way to recovery.

The second cohort that needs to put Trump in the rearview mirror is, paradoxically, the one that just banded together to defeat him in the election: the Democrats and the broader left.

For nearly five years, the fight against Trump was something like a holy war, subsuming every other liberal aim. As long as Trump sat in the Oval Office and tweeted with abandon, resistance was the only possible posture.

But a cause can easily mutate into a crutch. Democrats need to be laser-focused on making the most of their hold on the presidency and both houses of Congress, and govern in ways that immediately improve people’s lives. They need to show that they can be trusted with the federal government at a time when their performance at the state level has not been stellar. The longer they keep their gaze on Trump, rather than putting efforts to aid everyday Americans front and center, the more they indulge the kind of culture war rhetoric that only erodes support.

But it is the media, above all, that needs to break up with Trump.

Twitter banning him was a good first step, at least in the aftermath of the deadly Capitol riot. But that is just the tip of the iceberg of Trump’s relationship with the media, whose fascination with the former president dates back to “The Apprentice,” and will make their split from him the most difficult.

Ratings on cable news skyrocketed during his administration, as did the number of New York Times subscriptions. But beyond the sheer profitability created by Trump’s dominance of American politics, too many journalists on the left reacted to his presidency by going too far in validating the right’s worst warnings about a liberal tendency to suppress opposing views and stifle dissent. Many Americans see these expressions of orthodoxy as just as troubling as Trump’s cheap machismo, or view the two as sides of the same tiresome coin.

But Trump’s brain-addling effect on the populace has no ideological monopoly. The right-wing media, which went all in on the Trump circus, needs to figure out how to put some distance between itself and the disgraced former president if it is not to collapse entirely into agitprop. Fox calling the election for Joe Biden early on was a small step in the right direction, but an important one. Grumblings of tension between Trump and Fox might suggest new alignments in the right wing mediasphere, possibly accelerated by a libel suit brought by Dominion Voting Systems against Fox’s airing of election-related conspiracy theories. Conscience might not speak loudly, but the specter of a multi-billion dollar verdict certainly does.

Crucially, the upside to changing the subject from Trump extends beyond the boost of a fresh start. The reality is that Republicans, Democrats and the media all have huge projects of renewal ahead of them. The G.O.P. is fractured and divided; Democrats are uneasily coalesced around a nearly octogenarian President with the slimmest of governing majorities; and the media needs to find a new way to hold our attention with the Trump show over — at least for now — while also navigating a wildly changing technological landscape.

Let Trump play golf under the South Beach sun. The rest of us need to look towards new horizons.