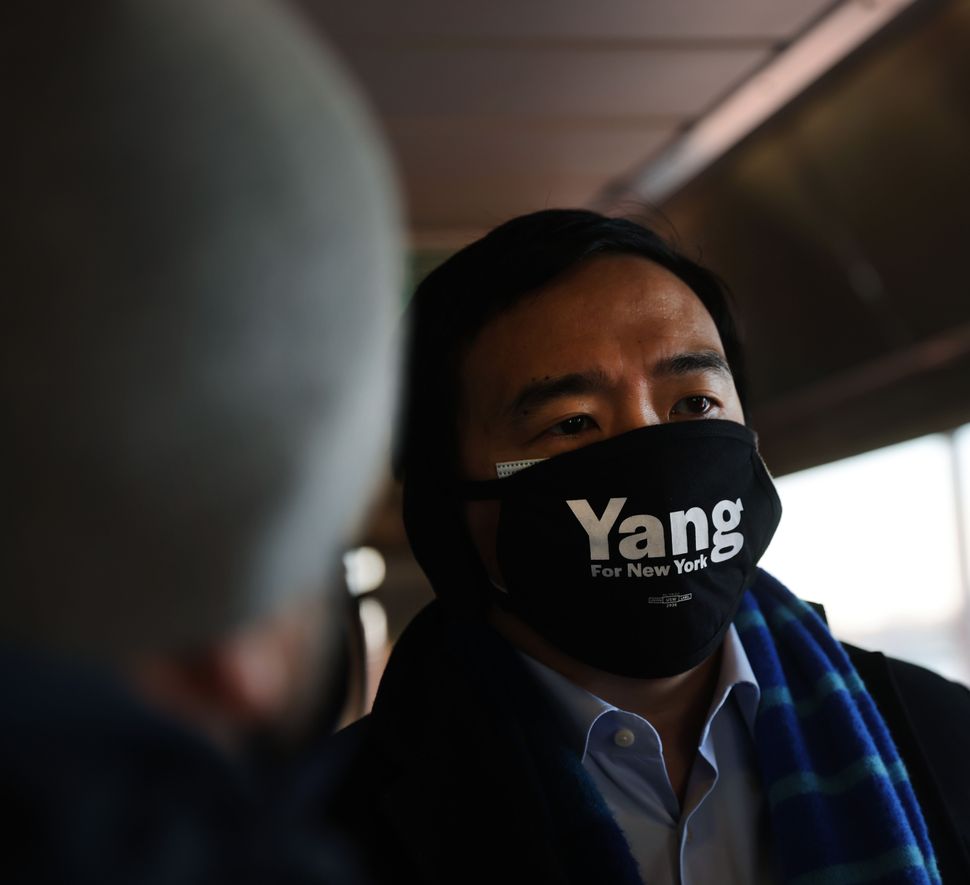 Your recent statement that we “shouldn’t interfere” in the city’s Chasidic yeshiva system constitutes a craven and deeply misguided embrace of a key voting issue for the Haredi community at the expense of thousands of children.

At this point, you must know that the vast majority of Chasidic yeshivas in Borough Park, Williamsburg and Crown Heights refuse to teach their students science, math or social studies, or to conduct any instruction in the English language.

You must know that yeshivas receive millions in taxpayer dollars each year, even as their rabbinic leaders flout New York’s education laws with impunity.

You must know that because of this extreme educational neglect, thousands of yeshiva students graduate into poverty, unequipped to earn a living for themselves and their families.

I see now that these were false hopes.

You’ve said that between the Haredi community and the city “There’s been a complete lack of trust,” and that “We need to revamp the relationship.”

That position ignores the fact that the de Blasio administration has been more friendly and forgiving to the city’s Haredi community than any mayoralty in New York’s history. The only notable tension between de Blasio and Haredi leadership has arisen from the community’s lack of compliance with social distancing guidelines.

Even then, when lives were at stake, de Blasio handled Haredi leadership with kid gloves. On the issue of yeshivas and educational neglect, he has long handed the community a free pass.

You’ve also said that “educators and yeshivas are working toward the same goal, to ensure NYC students receive a high quality education.”

But a recent New York City Department of Education probe revealed that 26 out of 28 yeshivas visited by investigators were not delivering a “substantially equivalent” education to that of New York’s public schools, in defiance of New York State education law.

Chancellor Carranza’s letter detailing the lack of secular education in the yeshivas is publically available. Read it. Keep in mind that this investigation focused on just a sample of Chasidic yeshivas in Brooklyn. There are dozens more such schools in which elementary and middle school students receive a mere 90 minutes of secular education a day. High school boys often receive no instruction in math, science, social studies, or English reading and writing.

Mr. Yang, you made a focus on math and economics a key part of your stump speech during your presidential campaign. You now support a yeshiva system that refuses to teach the subject. As a math teacher, I must ask you: How does this square?

Yet it’s clear, in starkly political terms, that you have done some math. Your competitive field for the Democratic nomination for the general mayoral race is large. Only so many voters will turn out for June’s primary. Why not court, with gusto, one of the few dependable voting blocs left in the city by publicly capitulating on their hot-button issue?

Unfortunately, your calculation is out of balance on moral and, as I believe you will soon discover, political terms. The more you defend a system that deprives over 50,000 children of the right to a basic education, the more the voters of New York City will notice.

It’s time to put your political calculus aside. Instead, focus on the educational neglect of thousands of New York City’s children. This is the problem you should put your creative mind to solving. The future of our children is too important to leave to politics.

Jamie Hooper is a New York City educator and co-founder of Private School Parents for Substantial Equivalency, an advocacy organization focused on ensuring that all students receive the education they are entitled to under New York State law.