Confessions of a vaccine tourist: Is crossing state lines to get a shot against Jewish ethics? 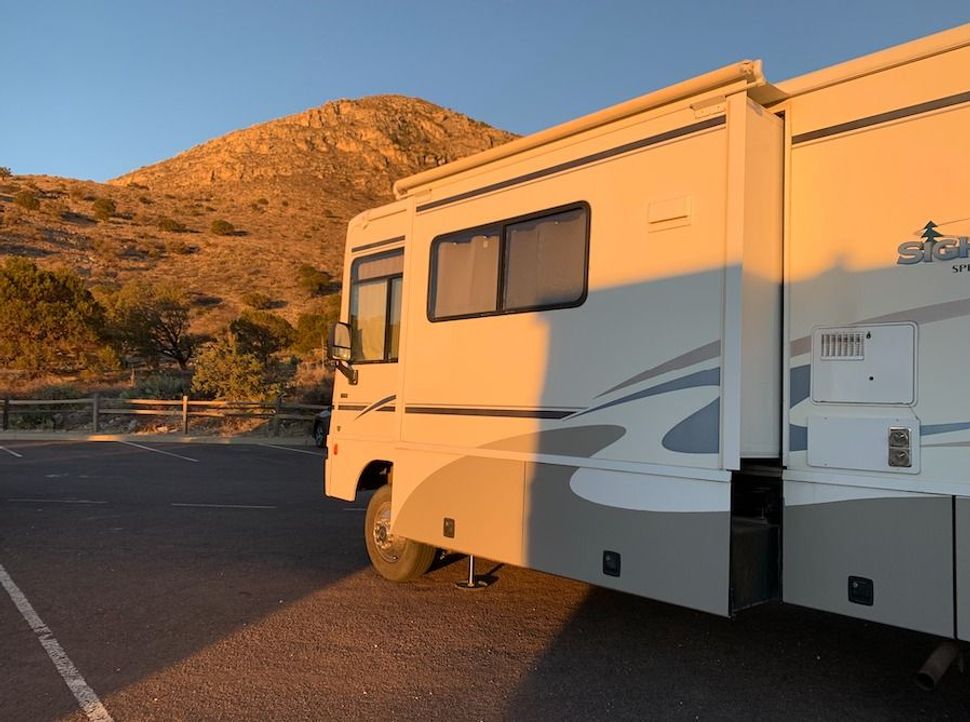 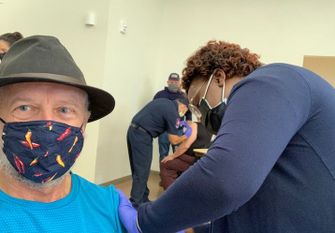 I recently crossed state lines to get vaccinated against COVID-19. Does that make me a bad person?

I’m a 65-year-old rabbi who splits his time living in New Mexico and Jerusalem. But I went twice to Texas over the last month to get the Pfizer shots. Because of my age, I’m eligible to get the vaccine near my home in Las Cruces, N.M., but so far have not gotten a call for an appointment. Since late December, I’ve been getting emails from my Israeli HMO encouraging me to make a reservation, but I felt like an airplane trip to get a vaccine was too risky right now. At the same time, I badly wanted to get both shots before my next scheduled trip to Israel, in late March (presuming the airports reopen).

I guess my story could count as an example of the much derided “privileged white person traveling to get vaccinated.” In early February, I rented a small plane and flew myself to Midland, Texas, to get my first shot, then made another 600-mile round trip last week in my motor home for the second, visiting a couple national parks along the way.

I’m a Conservative rabbi with a special interest in business ethics. The Talmud tells us that R. Meir could come up with 49 arguments from the Torah that a reptile was pure, and 49 arguments from the Torah that a reptile was impure. We already know what I decided – but am I, like R. Meir, capable of arguing either way, and simply favored the arguments that suited what I wanted most to do? Those who deride “vaccine tourism” say it is unethical for people with money to use it to get inoculated before those with less means.

Canada is very adamant about this approach to healthcare. Canada has a national healthcare system in which everyone is treated the same. Citizens can purchase private insurance to cover perks such as a private hospital room, but you can’t pay to get treated faster or better. So many Canadians were outraged by reports that wealthy Canadian “snowbirds” flew to Florida to get vaccinated. The CEO of a big Canadian pension fund resigned after news reports that he flew to Dubai to get vaccinated.

Universal health care is an important Jewish value. A physician is obligated under halacha, Jewish law, to treat a person who needs healing even if the person cannot afford to pay.

But halacha differentiates between people who are seriously ill and others. The physician is not obligated to treat someone who is not in urgent need of care. If someone who is not in need of urgent care pays the doctor, she can choose to treat that person – indicating that it’s certainly permissible to spend your money to get better healthcare than you otherwise would get.

Israel, like Canada, has universal health care, but you can also pay extra to get a “private appointment” if you want to be seen sooner or by a particular specialist.

The Globe and Mail reported that a couple from Vancouver recently chartered a private plane to fly to the Yukon Territory, where they posed as motel workers (deemed essential there) in order to get vaccinated. What they did was clearly illegal and unethical. They were not yet eligible for the vaccine, so they were “line jumping.” And of course, they lied. 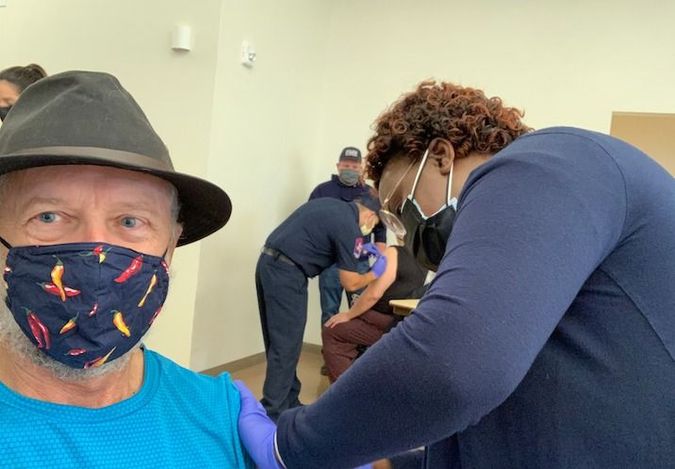 We have a principle, pikuah nefesh docheh et hakol — saving lives overrules all other commandments – with one of the exceptions being murder. You can’t kill someone to save yourself because, as the Talmud puts it, “Is your blood redder than his? Perhaps his blood is redder than yours!”

It was not “murder,” per se, for those Canadians to go to the Yukon, but if they are not in a vulnerable group and they are taking a vaccine from someone who is, it’s definitely not justifiable. In fact, it’s theft because they are taking something they are not entitled to.

In my case, I didn’t “jump the line.” As I said, I am eligible for the vaccine both in New Mexico, where I live when I’m in the United States, and in Texas, where I got my shots.

Some people argue it’s not appropriate to cross state lines to get innoculated because vaccines are being distributed based on how many people live in each state. Some also argue that it’s not right for well-off people to get vaccinated in poorer neighborhoods while public-health authorities are working to ensure that vulnerable populations — including the poor — get vaccines.

I admit this is a bit self-serving, but in my case, I think I actually provided a useful bit of “vaccine arbitrage.”

The argument that vaccines are distributed according to state population doesn’t take into account the fact that in some locations there are more people who don’t want to get vaccinated than in other locations.

Midland, Texas – where I got my vaccinations – has a per capita income of $119,691 a year. It’s a wealthy town in the heart of oil country, and it’s also big-time Trump territory. According to Civiqs polling, vaccine hesitancy is highest (56%) among white Republicans – Midland County is 75% Republican, and 88% white.

I live in Las Cruces, which has a per capita income of $22,000 and generally votes Democratic. So I took two doses of vaccine from a wealthy community with a lot of people not interested in getting vaccinated rather than from a poor community where more people are eager to get vaccinated. Sounds like fostering health care efficiency!

If you’re uncomfortable with the idea of crossing state lines to get inoculated, don’t blame the “vaccine tourists” such as myself, blame America’s patchwork vaccination system.

The vaccines are paid for with federal tax dollars. Ideally, we’d have one single system nationwide, with everyone subject to the same criteria and timelines. Instead, we have at least 50 different approaches.

In New Mexico, there is a statewide website where you sign up to get vaccinated, and they call you when there’s an appointment available (they haven’t called me yet). In Texas, the state posts a map of where they have shipped vaccines, and you have to contact individual vaccine locations to sign up.

Amarillo, a city of 200,000 in the northern part of Texas, has become a popular destination for vaccine tourists because they don’t even require appointments: if you’re eligible for the vaccine, regardless of where you live, you just show up, and they’ll vaccinate you. NPR reported on a guy who flew in for the day from Los Angeles to get a shot.

Many states are only vaccinating residents; others, including New York and New Jersey, are also welcoming people who work in that state but live elsewhere. Others, like North Carolina, don’t care where you come from.

“Federal law prohibits restricting access to the vaccine based on jurisdiction,” a health official there told WIS-TV in Columbia, South Carolina. “Vaccines are a federal resource and as we know, this virus does not recognize county or state lines. All North Carolinians will benefit from as many eligible people as possible receiving the vaccine as quickly as they are able.”

A basic halachic principle is dina d’malkhuta dina — the law of the land is the law. Clearly it is against Jewish law, then, to break any U.S. (or other civil) law to get vaccinated. If you’re comfortable and don’t have any extenuating circumstances, such as a health condition or need to travel, you might as well wait until the vaccine is available where you are.

But if you have a strong need to get vaccinated and have a legal way to do so, it’s not unethical to spend your own time and money to get vaccinated sooner rather than later, even if that means crossing county, state, or even national borders.

Barry Leff is a rabbi and marketing consultant who divides his time between Israel and the United States. Email: rebbarry@yeladim.org

Confessions of a vaccine tourist: Is crossing state lines to get a shot against Jewish ethics?