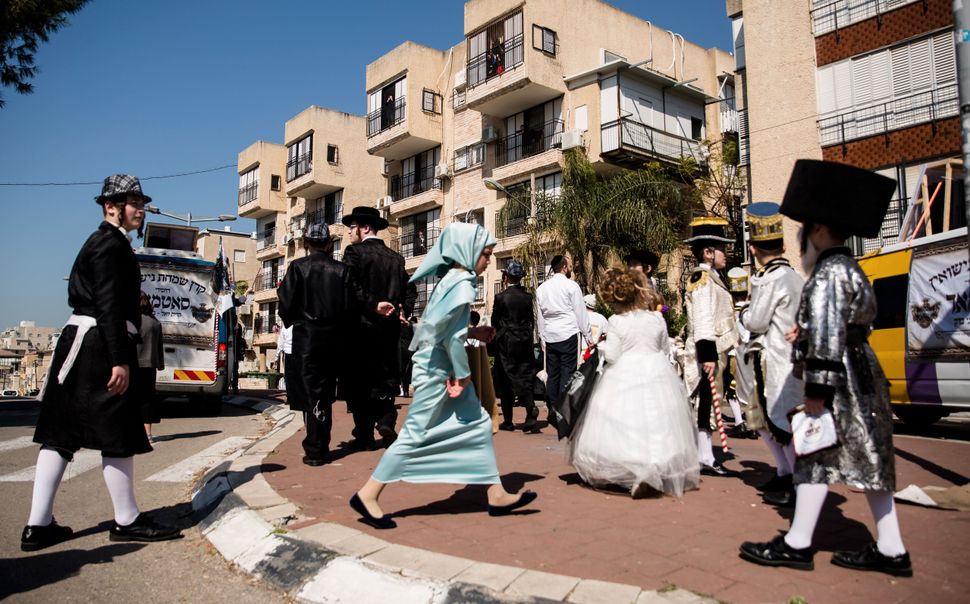 Six months ago, in a September interview with The New York Times, Chris Rock was asked about the effort then underway to expunge all uses of blackface in TV and movies. Specifically, the interviewer wanted to know whether Rock thought society was taking things too far.

“If I say they are, then I’m the worst guy in the world,” Rock responded. “There’s literally one answer that ends my whole career. Blackface ain’t cool, OK? That’s my quote. Blackface is bad.”

Rock is right: Blackface is wrong, and deeply offensive. We can never excuse it. But in that same Times interview, Rock joined Jamie Foxx and other celebrities to argue in favor of forgiving late-night host Jimmy Fallon for painting his face black and impersonating Rock for a “Saturday Night Live” sketch in 2000.

“A lot of people want to say intention doesn’t matter,” Rock said, “but it does. And I don’t think Jimmy Fallon intended to hurt me. And he didn’t.”

That is not to say that not having the intention to offend makes it OK to dress in blackface. It does not. What it does do is acknowledge the unfortunate truth that the idea that it’s always offensive to dress as a member of another race, or to use makeup in attempting to resemble them, has, shockingly, still not been fully mainstreamed in public consciousness.

This is also true in my Haredi community in Lakewood, New Jersey, which this year made headlines when a group of children dressed up in blackface to celebrate the holiday of Purim. It’s a deeply offensive practice, and it has cropped up in other Orthodox communities through the years. What is clear is that it’s incumbent upon us Orthodox Jews to make sure it never happens again.

But because this issue seems to keep cropping up, even though most people — even within my community — recognize and rightly call it out as offensive, year after year, it’s clear that just calling people out over it isn’t enough, or even constructive.

We need to first recognize the real truth as to why this still happens, instead of assuming people’s worst intentions. The answer is clear: the inward-facing Hasidic world is, by virtue of the insularity necessary to maintain religious norms, often slower to catch on and adapt to changing social expectations. That is the case here.

The blackface these kids wore is not the blackface of the old minstrel shows, which had at their very core the intent to demean and degrade Black people. This Purim blackface is more like the act that Fallon engaged in, and while it is also offensive and wrong, it comes more from a place of ignorance than maliciousness.

We have a framework within which we can better understand this sort of ignorance. There have been a shocking number of blackface scandals among celebrities and politicians, even over the past decade.

In 2012, Billy Crystal wore blackface to play Sammy Davis, Jr. in a skit that aired while he was hosting the Academy Awards. In 2016, Joy Behar, host of “The View” talk show, shared a photo of herself from a past Halloween in costume as “a beautiful African woman.” Megyn Kelly, a television news correspondent and host, faced a scandal in 2018 for asking “what is racist?” about blackface. Only this past June, Tina Fey came under fire for episodes of her show “30 Rock” featuring blackface; those episodes first aired less than 15 years ago.

I could go on — the examples are numerous, and they have continued to arise even though objections to blackface are as old as minstrelsy itself. And it’s precisely this context that we must take into account when we see that some Orthodox Jewish children dress in blackface for Purim.

The existence of anyone in my community dressing up like that is hard to bear, and certainly not something we should either excuse or accept. But simply decrying it won’t make it go away; we have to understand and acknowledge why it keeps happening in order to prevent it from happening again.

To fix the problem once and for all, and to accustom our community to these expectations, we must approach the issue with patience and compassion, not recrimination.

So what do these photographs really tell us about the Haredi community?

First, let us not accept the premise that these photographs are evidence of anything close to systemic racism in my community. The few children who appeared in blackface in Lakewood can’t be seen as representing the attitudes ingrained in a community of some 75,000 people. Of course, there is racism that exists among Orthodox Jews, as it does, sadly, in all communities. That doesn’t mean racism can be interpreted as characteristic of all of us, as the vast majority of us deplore it.

What we can accept is the truth that we are often slower to adapt to shifting cultural norms — even when we concede that these are norms that are changing for the better.

It’s safe to say that if Jimmy Fallon only learns a lesson in mid-2020, it will filter down to inward-facing communities somewhat later.

The fact that only a few children in Lakewood dressed up in blackface is a good sign. But it is not enough. A fellow rabbi and activist who lives in a Hasidic community in a different state texted me this week: “We need to prepare now to educate people for the next Purim.” We need to aim for next year to finally be the year when nobody makes this mistake again.

That means teaching our kids — and their parents — to understand just how offensive this practice is. We can explain that just as we are uncomfortable with even one person displaying Nazi paraphernalia, our Black neighbors are rightfully offended when people use race-changing makeup — no matter the intent.

But it’s much harder to get people to discard an offensive practice when you define them as racist — a quality that they, too, abhor and detest. What is needed for these outliers is education, not condemnation.