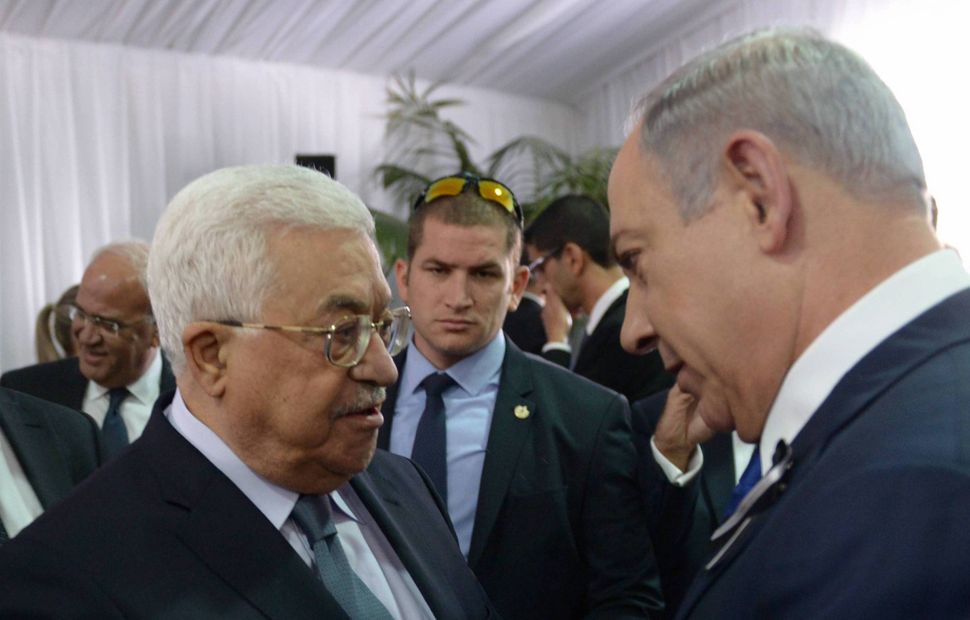 As we inch closer to Israel’s fourth election in two years, there’s understandable fatigue and indifference overwhelming Israelis. It’s overwhelming Palestinians, too: unfortunately, we see no glimmer of hope in most of the competing parties.

The differences among Prime Minister Benjamin Netanyahu, Gideon Sa’ar, Naftali Bennet, Yair Lapid and Avigdor Lieberman are largely irrelevant. Dehumanizing us depriving us of even more rights and pledging to make our lives worse to quench the thirst of extremist constituencies has become the cheap go-to move in Israeli politics to boost one’s popularity, and a unifying theme for most mainstream candidates.

But that’s civilian Palestinians, like me. The deafening silence from Fatah, the party that dominates the Palestinian Authority, and its rival, Hamas, is merely a façade.

Both sides of the Palestinian leadership have already made up their minds about their preferred candidate to lead Israel. As paradoxical and bizarre as it may sound, Netanyahu, the avowed enemy of both Hamas and President Mahmoud Abbas of the Palestinian Authority, is pragmatically seen by both groups as the best of the worst, the lesser evil.

The PA fears that Netanyahu’s serious challengers are even more hawkish than he is, and more determined to torment Palestinians. They would, ideally, prefer the more centrist Lapid as prime minister, given his stated willingness to form a government supported by the Arab Joint List. But Abbas fears that if Netanyahu fails to build a coalition, Bennet and Sa’ar — both arguably farther to the right when it comes to our rights — are more likely to come out on top, and join with other extremist figures such as Lieberman. This would put annexation of the occupied West Bank back on the table, along with more punitive measures to undermine and isolate the PA.

So it wasn’t much of a surprise when news reports recently surfaced that the PA has been maintaining secret contacts with Netanyahu’s Likud party and voiced quiet support for his bid to remain in power. These talks were, reportedly, held on a senior level between Muhammad Al-Madani, a close confidante of President Abbas, and Fateen Mulla, deputy minister in Netanyahu’s office.

In Hamas, discussions of Israeli politics are a more sensitive matter. Back in the first of the four rounds of recent balloting, in April 2019, Hamas’s highest body, the Shura Council, deliberated behind closed doors how to deal with the different possible outcomes. Most Hamas senior leaders were inclined towards Netanyahu in those discussions, a preference that has remained the same ever since.

In Israel’s history, only three prime ministers have held talks with Hamas, and one proved to be a reliable partner: Netanyahu.

In 1988, Yitzhak Rabin and Shimon Peres — then Israel’s defense and foreign ministers — met separately with Mahmoud Zahar, co-founder of Hamas, as part of regular consultations between Israeli officials and Palestinians not linked to the Palestinian Liberation Organization (PLO). Zahar proposed that Israel withdraw from Gaza and the West Bank and hand control over the occupied territories to a third party instead of a Palestinian government. But when the Oslo Peace Accords were signed in 1993, the PLO and PA became Israel’s partner rather than enemy, while Hamas was consistently marginalized and penalized.

When Netanyahu took office in 2009, that equation slowly began to change.

Strange as it may seem, Netanyahu sees the benefit of Hamas’ control over Gaza: The occasional hostile rhetoric of Hamas leaders and their sporadic firing of projectiles into Israel’s south feeds into his narrative that if Israel withdraws from the West Bank, Hamas will take over and turn it into a “terrorist hub.”

At the same time, as long as Hamas controls Gaza, Netanyahua can say that he cannot sign a peace agreement with the PA because it doesn’t represent all Palestinians and cannot exercise its authority over Gaza.

Netanyahu expressly opposed decisive military action that would uproot Hamas, as it would give Gaza back to the PA. In fact, he justified sending Qatari cash to Hamas through Israel’s borders, saying it would keep Palestinians divided and therefore prevent Palestinian statehood.

Hamas fears that Lapid might do the opposite: prioritize dialogue with the PA at Hamas’ expense, cooperate with Abbas against Hamas and work to restore the PA’s control over Gaza.

So Netanyahu’s premiership is seen as guaranteeing Hamas indefinite rule in Gaza.

Perhaps most importantly, Hamas believes Netanyahu shows Israel’s true face. He’s a corrupt populist demagogue with a history of racist statements against Israeli Arabs, untrusted by many international leaders and willing to fight tooth and nail to stay in power, even if doing so means undermining the rule of law. His premiership pairs Israel’s name with countless infamous traits. And that serves every one of Hamas’ purposes.

But such pragmatism is entirely unaffordable for Palestinians. The status quo under Netanyahu has been one of despair. It’s a radicalizing atmosphere in which fear and hatred grow while we’re pushed increasingly away from any chance for just and lasting peace. And as slim as the chances are, Israeli voters hold the ultimate power to bring this long nightmare to an end at the ballot boxes on Tuesday.