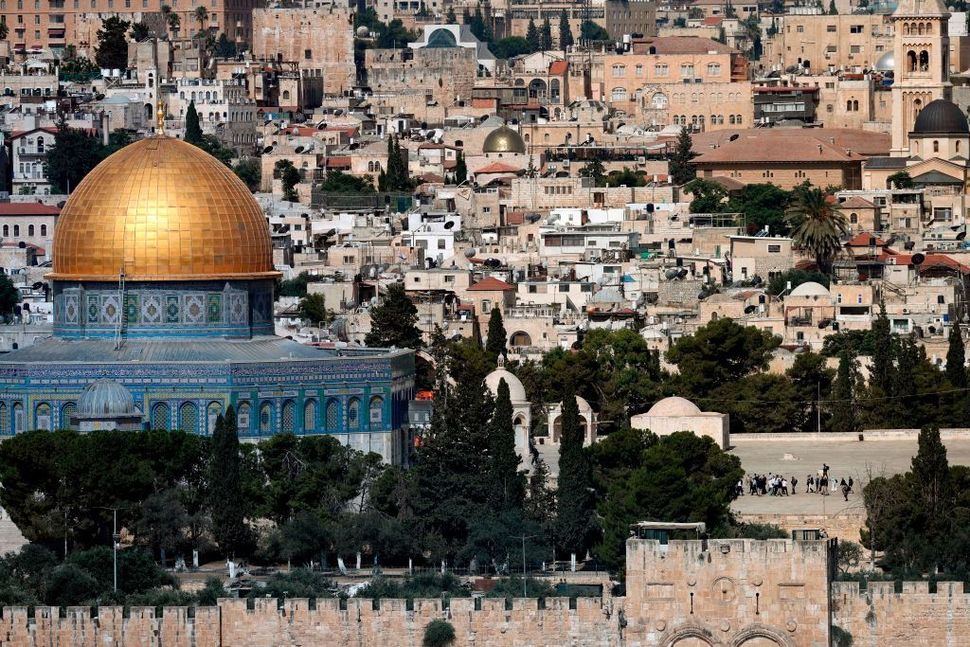 The Al-Aqsa mosque compound in the Jerusalem’s Old City on June 28, 2018. (Photo by Thomas Coex/AFP/Getty Images) Image by Getty Images

Antisemitism is on the rise, with powerful instigators behind it, but the struggle against it is at risk of being derailed by acrimonious divisions among Jews and others over its very meaning. The drive for adoption of a single, fixed definition of antisemitism has devolved into a polemical political debate on Israel and Palestine with crucial free-speech implications.

Today we introduce the Jerusalem Declaration on Antisemitism, which was crafted by a group of scholars from the United States, Israel, Europe and the U.K, after more than a year of intense discussion and study. The declaration has been endorsed by 200 eminent scholars with a wide spectrum of political views. All of us agree on the need for a guide to effectively combat antisemitism that protects space for an open debate around all possibilities around the future for Israelis and Palestinians.

Our work responds to the definition of antisemitism adopted by the International Holocaust Remembrance Alliance in 2016. Regardless of the initial intention behind that definition, it is now often invoked in the context of debates over Israel and Palestine to curtail legitimate freedom of expression — a democratic value that most American Jews cherish.

To read the full text of the declaration and its signers, click here.

Though we do not underestimate the perniciousness of antisemitism from the left, it is clear that the most dangerous threat to Jews today comes from the extreme right and populist groups. We cannot and should not wage battle against these groups on our own. Rather, we must strive to create alliances with other groups who suffer from racism and bigotry.

The IHRA definition, as it has been used and interpreted, makes these important alliances hard to achieve. Noting that the IHRA calls itself “a working definition,” our group sought to learn from several years of experiencing the IHRA in action and believes that the new declaration offers greater clarity and improvements.

Invoking universal principles, our declaration claims that while antisemitism has certain distinctive features, the fight against it is inseparable from the overall fight against all forms of racial, ethnic, cultural, religious, and gender discrimination.

It deepens understanding of antisemitism through a concise preamble, a one-sentence definition and 15 brief guidelines. It articulates what antisemitism is — and, in the context of Israel and Palestine, what it is not. We seek to distinguish between a political debate, harsh and contentious as it may be, and antisemitic speech and action..

The declaration thus helps create a space for frank discussions of difficult questions about the political future for all inhabitants of Israel and Palestine without those discussions being conflated with antisemitism.

But our document cannot settle all arguments. No document on antisemitism can be exhaustive or anticipate all the ways in which antisemitism will manifest in the future. Context, judgement, and sensitivity are always crucial in evaluating antisemitism.

This declaration is not and should not be used as a judicial or semi-judicial tool, nor is it intended for codification. Rather, it should be an aid for critical thinking and thoughtful discussion in a vexed landscape.

For some of its supporters, the IHRA definition has become sacred. But it is wiser to treat it as a living document that necessitates evolution and improvement.

No human document is sacred. Even the United States Constitution has been amended 27 times — so far. Our declaration can be used as either an alternative to the IHRA definition — or, for bodies that have already adopted IHRA as a baseline, as a tool for addressing its shortcomings.

Fighting antisemitism, opposing any form of bigotry, protecting free speech, standing up for the rights of all human beings without exceptions, and creating an inclusive, safe space for discussions and for disagreements on Palestine and Israel — these are the values around which we should all unite, Jews and non-Jews regardless of political opinions.

The Jerusalem Declaration on Antisemitism answers this call. We believe it is the right document for our time.