Entering Passover under the plague of vaccine guilt 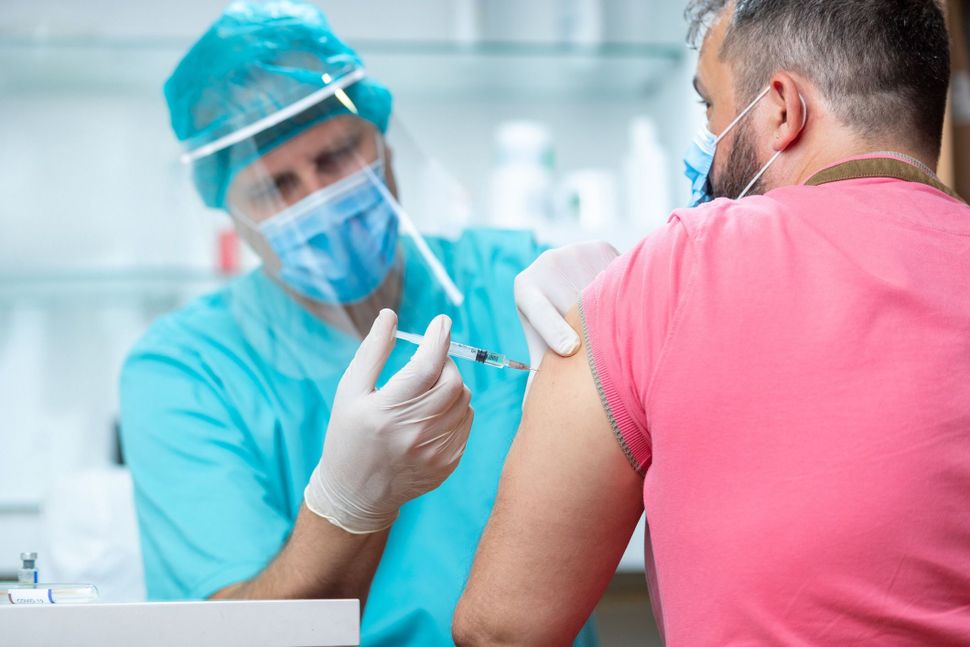 As I unpack my Passover dishes and prepare to host a Seder that includes my aging parents — an enormous luxury compared to last year’s Zoom-only reality at the start of the pandemic — I find myself facing waves of an unfamiliar feeling.

Vaccine guilt: That’s the guilt you get when you’re vaccinated and other people around you aren’t.

For me, it means I can have an in-person dinner with my parents and some other loved ones on Pesach because we’re vaccinated — some fully, some partially, and yes, I know that may not be good enough, which is why we’re eating outside.

But many friends my age, as well as some older and some younger, haven’t been able to get vaccinated yet. Their hopes of gathering for Passover — or for Easter or Ramadan, which are also around the corner — remain severely curtailed.

I’m not the only one feeling this. Soo Youn, writing for Washington Post offshoot The Lily , confirmed that experts say “vaccine guilt is real.” Ayman Ismail, writing in Slate, calls it the “weirdest side-effect” of the vaccine. I was glad to know that I’m not the only one experiencing this nagging guilt feeling about doing exactly what Dr. Anthony Fauci told us to do: get vaccinated when it’s your turn.

Our turn came a few weeks ago, when the state of Florida said teachers age 50 and up can get vaccinated.

That meant my husband was eligible — I have an auto-immune condition that got me in line — and a friend at the school where my husband teaches helped us set appointments at a CVS. We didn’t spend hours refreshing screens to try to nab an appointment on the other side of the state, and we didn’t wait in a long line for hours. The ease of the process we went through only makes my vaccine guilt worse, especially when I think of people sitting in lines with their lawn chairs, or spending hours idling in their cars waiting to get to the front of the line.

So my turn came, and I gladly took it. I don’t remember ever feeling so thrilled to have a needle stuck in my arm, and I hardly felt a thing other than euphoria — and later, a bit of soreness. Briefly, I was on a high at the thought that the end of this pandemic was finally in sight, that it wasn’t going to last forever.

That’s when the guilt kicked in.

It started as I spoke with friends who aren’t vaccinated yet, and can’t take chances on socializing with anyone outside of the people they live with.

Then it carried over to the knowledge that for many Americans, a vaccine is still months away, even with President Biden’s order that by May 1, all American adults should be made eligible to get their jab. If past is prologue, a disproportionate number of the people who get COVID in the U.S. in the next six months or year will be Black or members of other racial minorities, and statistically speaking, they’re more likely to suffer worse outcomes from the virus.

Then, taking a broader view, it applied to the whole world. In developing countries, access to vaccines is still extremely limited. COVAX, a UNICEF-launched effort, is trying to erase that gap between rich and poor countries by making vaccines more accessible. But by last December, wealthy countries were already hoarding doses while poorer ones could only vaccinate about one in ten citizens.

But neither I nor anyone else could have changed any of these painful facts by not getting our shots when it was our turn. So why should we feel such overwhelming vaccine guilt?

The term is a play on “survivor’s guilt,” a parallel that’s worth examining. Survivors of atrocities are generally not guilty of doing anything other than wanting to survive. But being someone who somehow does make it to the other side can leave us with uncomfortable, unanswered questions.

Did I do something to deserve survival that the other guy didn’t do?

Or, more specifically: Is it fair to have parents or grandparents at the table on Seder night, when we know how many empty chairs there are at other dinner tables around the world?

We all have been affected by this pandemic, but not equally. Some of us lost loved ones and some of us didn’t. We’ve all been in this, but it’s a fallacy to say that we’ve all been in this together. Some of us were ensconced at home in jobs that could be done remotely, while others were on the front lines. Some of us held jobs that were the first to go, and suffered disproportionately from the pandemic’s massive economic fallout.

During the Seder, we’re supposed to look at ourselves as if we personally came out of Egypt.My vaccine guilt has made me realize: I’m pretty sure that when the sea closed up, I’d have been the kind of Israelite to turn around, see the Egyptians soldiers drowning and felt sorry for them. The commentators from the time of the Talmud were troubled by the loss of Egyptian life as well as well. They created a midrash in which God tells the angels to stop singing at that moment, saying,”How dare you sing for joy when My creatures are dying?”

We can almost taste freedom, but we’re not there yet. When we’re out of this pandemic, it will be like we’ve crossed the sea. We will get through it, but not unscathed, and not without a bit of guilt at having survived.

Ilene Prusher is a journalist, author and lecturer at Florida Atlantic University.

Entering Passover under the plague of vaccine guilt