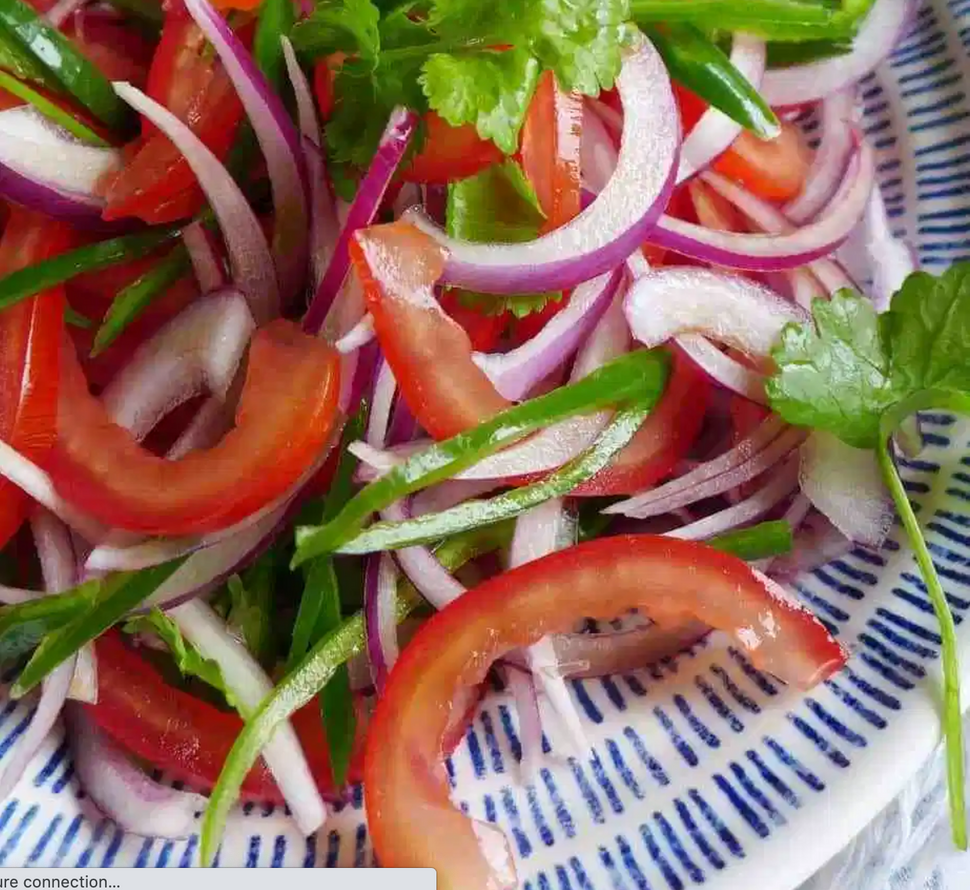 What makes Passover different from all other holidays? On other holidays, we pray, then eat a festive meal. On Passover, the festive meal is the celebration, food itself is the prayer. We eat matzah to recall our enslavement and liberation, bitter herbs to recount our sorrow and haroset our hardship. We taste slavery and freedom, literally ingesting the meaning of the holiday.

That’s why, on this particular Passover, you should make a Uyghur Tiger salad.

Over the years, people have added new symbols to the seder plate to expand Passover’s message and relevance. For years now, some have included an orange to spark questions about women’s rights and inclusion.

This year, tens of thousands of Jews will raise awareness and, hopefully, spark action by including a traditional food of the Uyghur minority in China at the Passover table. An estimated one to two million Uyghurs have been forced into concentration camps by the Chinese government since 2017. The Chinese government has relentlessly persecuted and discriminated against the Muslim minority group in northwest China — they cannot pray, cannot grow beards, and are coerced into eating pork, particularly on Fridays, the Muslim Sabbath.

As part of a Uyghur Week of Action, several groups including Jewish World Watch and Jewish Movement for Uyghur Freedom, are distributing a Uyghur-themed haggadah, written by Justin Rudelson, who calls the Uyghur genocide, “one of the most severe human rights crises since the Holocaust.”

Whether you use the haggadah or not, use the salad. Uyghur food from China’s Xinjiang region shares spices, techniques and ingredients — as well as Muslim dietary restrictions — with near-ish countries like Pakistan and Turkmenistan: kebabs, cumin, chili and a lot of (sadly) goat. These are fused with Asian staples like soy sauce and rice vinegar – which make for delicious food but also make finding the right kosher-for-Passover dish a challenge.

Enter the Tiger Salad. It features fresh chili and raw onion, tempered by honey and some cool cilantro. It is as ubiquitous at Uyghur meals as cucumber and tomato salad is at Middle Eastern ones. Make a dish of it, center it on your Passover table, and select a passage from the Uyghur Freedom Haggadah to eat along with your food.

Unlike so many Uyghur dishes, this one, by Wei Guo at redhousespice.com, doesn’t use soy sauce. The only substitution needed to make it kosher for Passover is, if you like, to replace black rice vinegar with apple cider vinegar.

Instructions Slice up red onion, tomato and chili. Chop coriander. Put them into a salad bowl. Mix vinegar, sugar (or honey) and salt. Pour over the vegetables. Gently toss around then serve.