Rabbis weigh in: How should we respond to Bernie Madoff’s death? 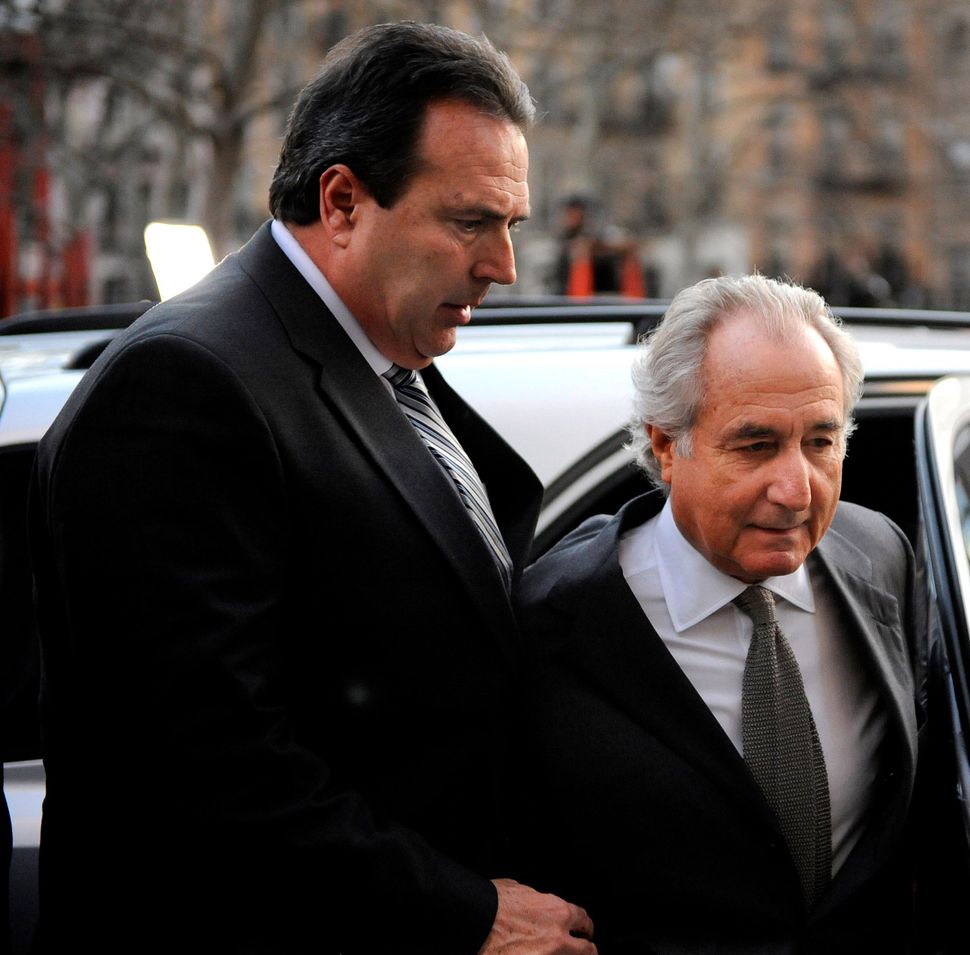 On Wednesday, Bernie Madoff, made infamous by an enormous Ponzi scheme that caused devastation throughout the Jewish world, died in a federal prison at age 82.

While Jewish tradition puts serious emphasis on honoring the deceased, the death of someone like Madoff, who caused tremendous pain within the Jewish community, is an emotionally fraught challenge to that principle. We asked a group of rabbis to share their thoughts on how the Jewish community ought to reflect on Madoff’s death. These are their responses.

Upon seeing the news of Bernie Madoff’s passing, one verse came immediately to mind (Yirmiyahu 17:11): “As a partridge hatches eggs she didn’t lay, thus he who gains wealth by injustice; it shall leave him in the middle of his days, and his end will be shameful.”

Madoff caused unspeakable suffering to so many, decimating people’s life savings, leaving the elderly in poverty and crippling Jewish and other institutions.

That he persisted in this ultimate con job for decades, ruthlessly cultivating more and more victims, is horrific. That he exploited communal trust, utilizing his ill-gotten wealth to burnish his public image within the Jewish community, and using his position in turn to harm even more people, is unspeakable.

I think it is normally not proper to criticize public figures right when they pass, but Madoff’s betrayal was so heinous that he qualifies for an exception.

He has already been judged by public opinion and in the courtroom. Now God will judge him.

We don’t know if Bernie Madoff began to do the work of teshuvah — repentance and accountability — or began to do the work of trying to comprehend the harm that he caused and truly understand the lives he ruined. We do know that he could never truly make amends to them all. I hope that those that he victimized were able to rebuild and heal, both materially and emotionally, as much as possible. Our obligations as a Jewish community remains, as always, to care for one another, most especially those who are most vulnerable or socially marginalized, and to move through the world with integrity and mentschkeit.

A rabbinic teaching asks “who is truly wealthy?” The response: “those content with their lot.”

The death of Bernie Madoff reminds us that happiness is based on our attitude, not our bank account. Madoff enjoyed unimaginable wealth and prestige, but it wasn’t enough for him. He was willing to risk all of his relationships and his possessions in the quest for more triumph and glory.

Bernie Madoff went from being a source of pride to the dictionary definition of a “shandeh” in the Jewish community. He reinforced negative stereotypes about Jews and money because he violated a foundational principle. As Hillel teaches in the Talmud “what is hateful to you, do not to any other person. That is the whole Torah…“

And yet, Judaism teaches that we are all created in God’s image. We can learn from both the saints and the sinners. Madoff reached the heights of the financial world, but he was felled by a weak moral and ethical foundation. By working to strengthen our spiritual core and avoiding the moral lapses of Madoff and others, we can transform their lives into a source of blessing.

When Simon Wiesenthal was in a concentration camp during World War II, a Nazi on his deathbed had Wiesenthal brought into his hospital room to act as his confessor. The Nazi, Karl, told Wiesenthal of the atrocities he committed against the Jews and asked for his forgiveness. Wiesenthal refused.

Not because of lack of compassion. Not because he chose to ignore the ideal of divine mercy or of granting “understanding” to a human sinner.

Wiesenthal understood a greater truth. It was not his right to forgive on behalf of the 6 million victims. The Talmud tells us that the Hebrew word domim has two meanings: money and blood. What Bernie Madoff did was not merely a financial crime; it literally destroyed lives and was a form of murder.

How dare people today, in the aftermath of the death of the architect of the biggest Ponzi scheme of all time, take it upon themselves to suggest that we ought to find it within our hearts not to speak ill of the dead, and to demonstrate “a divine sense of morality” by way of compassionate forgiveness?

Bernie Madoff’s death in no way absolves him of his unconscionable acts of evil. For those gratefully not his victims, it is nothing less than unwarranted and misplaced compassion to express any sign of mourning for a man who to the very end never showed true contrition for his damnable legacy of evil.

When I heard about the death of Bernard Madoff, my mind went straight to Maimonides and his introductory comment to the “Laws Concerning Mourning.” Maimonides explains his strange placement of these laws within the “Book of Judges” — a tract that deals with the structuring of society’s central institutions — by stating he placed the laws there because “one does not mourn for those who have been put to death by order of the Court.”

How does this seemingly technical link justify this placement?

For Maimonides, mourning is first and foremost a statement about the status and honor of the deceased, not a means for restoring the mourner’s spirit. Through mourning, society expresses its regard for the deceased. Mourning, then, is a mechanism for constructing the basic social order, signifying the full membership of a person in the Jewish community.

That is why the prohibition on mourning an executed criminal is not a marginal detail that just happens to link these laws to the overall subject of the “Book of Judges.” If mourning is primarily a means for recognizing the standing of the deceased, certain egregious sinners are not worthy of the recognition expressed through the mourning rituals.

I hope that Madoff’s victims and loved ones overcome his passing in a healthy fashion. I also hope that it is clear that he is not to be mourned as a member of the Jewish community in good standing.

Should we rejoice at the downfall of the wicked? Depends: are you an angel or are you a victim?

The Talmud describes how, at the Splitting of the Sea, the Ministering Angels wished to sing in celebration before God. But the Holy One said to them, My handiwork — meaning the Egyptians — are drowning in the sea, and you would dare sing?!

This episode is frequently invoked to discourage gloating at our enemies’ downfall. Suffering, even when “they deserve to suffer,” is still tragic. God, if you will, does not sing at such moments.

But this Talmudic passage also contains a counter-teaching. Sure, God tells the angels not to sing, but God does not prevent the Jewish people bursting into song! Moshe, Miriam, and the entire people sing a rather elaborate Song at the Sea, with no Divine censure. Unlike the angels, the Israelites actually suffered under Pharoah’s hand; it was their children who were drowned in the Nile. To invoke a grim example: must we expect a survivor of Dachau to feel emotionally neutral at the execution of those who imprisoned him?

Madoff and Pharoah are our people’s two greatest pyramid schemers. Victims of their cruel plots deserve justice, and are fully in their right to cheer at the gift of that justice. But the Holy One Itself, is not singing. And in most cases, neither should we.

Rabbis weigh in: How should we respond to Bernie Madoff’s death?