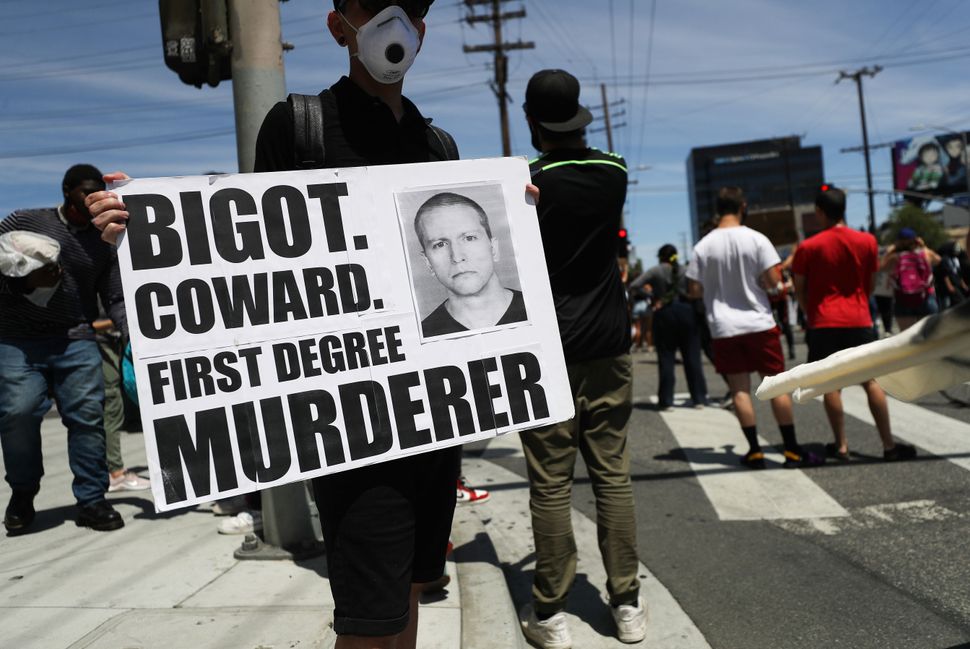 Anyone searching for the truth — as in the whole truth — in the Derek Chauvin trial might be reminded of the Yiddish phrase: a halber emes iz a gantser lign — a half-truth is a whole lie.

I’m not suggesting that witnesses have lied on the stand. But neither the prosecutors nor the defense attorneys appear to be interested in revealing the whole story that could explain why Chauvin, the now-fired Minneapolis police officer on trial for murder, pressed his knee against the neck of George Floyd for well over nine minutes as the Black man pleaded for his life, then breathed his last.

On Monday, prosecutors concluded their case, having argued that the force Chauvin used was well beyond anything remotely necessary to subdue the already-prone Floyd. Those arguments were buttressed by police brass saying that Chauvin’s neck-pinning was in no way accepted protocol or part of the veteran cop’s training, and medical experts testifying that it led squarely to Floyd’s death, regardless of any drugs in his body or preexisting health issues he may have had.

And to tug on the heartstrings of even the most jaded juror, eyewitness after eyewitness broke down on the stand, tearfully recalling watching the scene, as they pleaded loudly and helplessly for a seemingly indifferent Chauvin to stop.

That may sound like as good a case as any, except that save for a brief testimony from the Cup Foods store clerk who called the police after Floyd allegedly passed a bogus $20 bill, it doesn’t get at exactly what brought Floyd and Chauvin together for their fateful final encounter. 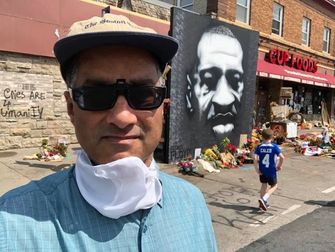 I say final encounter because for much of 2019, at least, both men worked in security at the club El Nuevo Rodeo, Floyd inside the establishment and Chauvin on his off-duty gig in a squad car in front of it.

Just days after Floyd’s death, a co-worker told reporters the two men had had a beef — and then recanted that story. The club owner similarly downplayed their acquaintance, telling one interviewer that Floyd and Chauvin might have passed “each other on the way to my office to get paid” but that “inside security did not have interaction with outside.”

That assertion by the owner, Maya Santamaria, who employed Chauvin for 17 years may seem open and shut, except it doesn’t exactly line up with sworn testimony she gave in a licensing case with the city years earlier: (It’s unclear how long Floyd worked at the club.)

“The off-duty officers that work at ENR have effective and frequent communication with the security staff,” Santamaria says, using shorthand for El Nuevo Rodeo, in a statement included in Minneapolis court documents.

Those documents weren’t brought into the murder-trial courtroom, however, nor were Santamaria or any other club employees (she employed as many as half a dozen in security at any one time, as well as deejays, waitstaff and kitchen help, some of whom would had to have known both Chauvin and Floyd). It seems prosecutors did not deem her worthy of testifying, did not think jurors needed to hear her say, as she did in several media interviews that Floyd was charming and wonderful at the job, and that she wished she could have given him more hours, but couldn’t because he also worked at her friend’s club.

Chauvin, Santamaria also made clear in those interviews, was less wonderful, and overly aggressive with African American patrons in particular, which she says she called him out on, though news reports don’t record her saying why she kept him employed for 17 years.

There’s also no official account from her of exactly how she paid Chauvin, who in the separate financial fraud case is accused with his former wife of failing to report $464,000 in income, including $96,000 from El Nuevo Rodeo. If there are copies of tax forms or timecards for Chauvin — or for that matter, Floyd — don’t expect to see them soon. El Nuevo Rodeo, which Santamaria sold in early 2020, burnt to the ground in the riots following Floyd’s death.

And speaking of tainted money, the supposed fake $20 bill that started it all hasn’t been displayed to the public, either. Officer Thomas Lane, who with his partner was the first on the scene at Cup Foods and who introduced himself to Floyd that day by pointing his service revolver at him, reportedly failed to collect the bill after talking with the clerk.

Why is any of this relevant? Because if Chauvin and Floyd did know each other, even if not by name and money was involved in some way, it could change the tenor of the case — from that of a racist cop gone rogue to something more personal. Yes, it borders on conspiracy theorizing and no, the evidence does not show Chauvin chatting with Floyd on the bodycam and bystander videos. But those tapes don’t explain why he sat on him for so long, either.

If none of this was deemed relevant by the prosecution, don’t hold your breath on the defense bringing it up. And neither side has any responsibility to do so; their jobs, respectively, are to represent the people and the accused to the best of their ability, with no obligation to present a full picture, but only the select facts needed to make their best case.

Perhaps these details may be brought up in two subsequent related trials: that of Chauvin’s three former police-officer colleagues, who are charged with aiding and abetting him in murdering Floyd and a third case, scheduled for June, of Chauvin and his now-ex-wife, for alleged financial crimes. 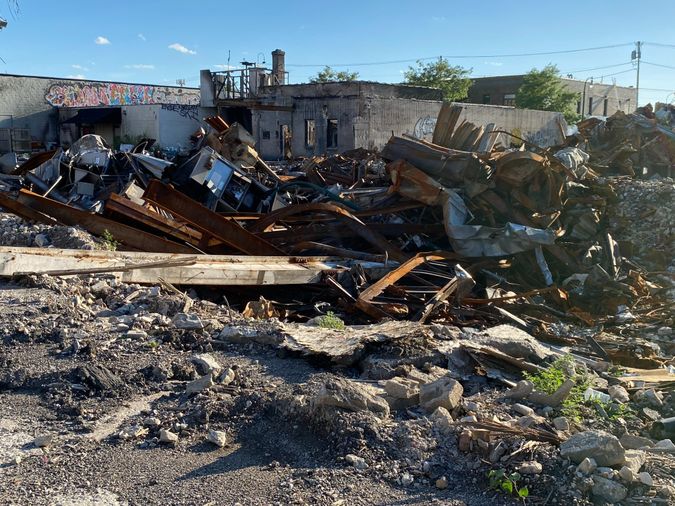 Until then or perhaps forever, we’re stuck with an incomplete story, leading back to the phrase “A half-truth is a whole lie.” It’s cute, except it leans toward a generalization that doesn’t quite apply here, if anywhere. Incomplete truths aren’t half-truths, they just aren’t the whole story.

So maybe that missing $20 will appear in the trial of the other officers. And perhaps the financial case will unveil who was getting paid what at El Nuevo Rodeo, or which workers hung out together or couldn’t stand each other and a true, complete picture ultimately revealed.

But don’t expect to see it in the Hennepin County Courthouse this week or anywhere else anytime soon.