Herman Wouk and my father-in-law: a very Jewish friendship 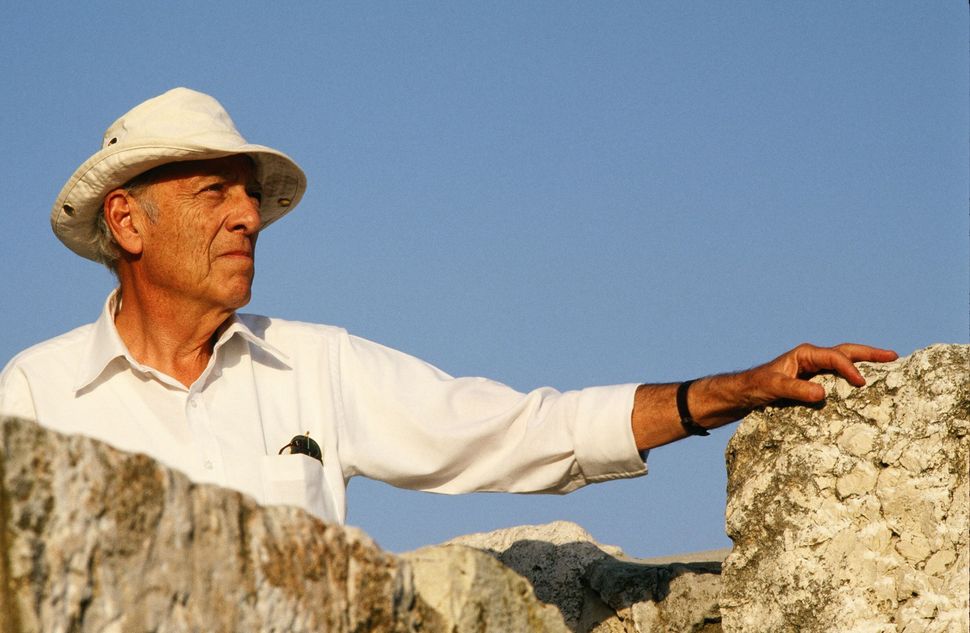 One was American-born and clean-shaven. The other was a slim, more obviously Orthodox man with a moustache, a black hat, and the air and accent of an Eastern European Jew.

In my imagination — I wasn’t present — I hear the latter man greeting the former in English but receiving a fluent Yiddish response. The ensuing conversation takes place entirely in “mameh loshon.” The pair hit it off and become friends, sharing stories from their lives and words of Torah.

Over several ensuing winters, the two men regularly prayed and studied together .

The American was Herman Wouk, known as Reb Chaim Zelig in his Chabad community, celebrated writer of “Marjorie Morningstar,” “The Caine Mutiny” and many other novels. His friend was Reb Yisrael Yitzchak (Israel) Cohen, my beloved father-in-law, a Gerer chassid from Lodz. 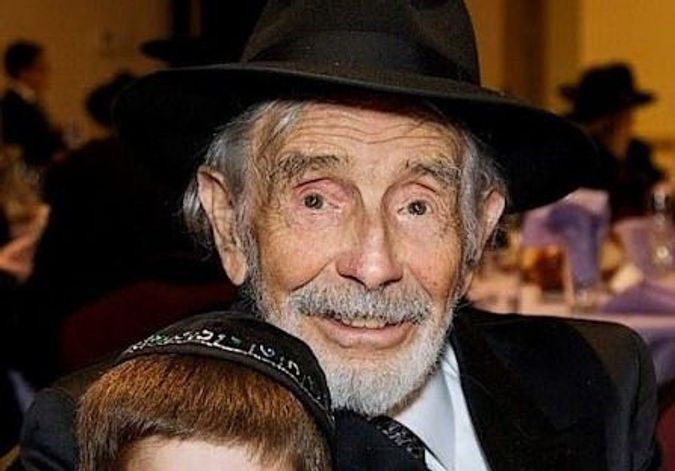 April 24 is the second anniversary of Wouk’s death according to the Hebrew calendar. (His date of death in the Gregorian calendar was May 17.) My father-in-law passed away earlier this year. As we approach Wouk’s yahrtzeit, both men, and their friendship, have been on my mind.

At some point, my father-in-law spoke of his survival in and of concentration camps to Wouk, who served in the Pacific theater during the war, earning several service stars. During the preparation of his celebrated novels “The Winds of War” and “War and Remembrance,” the Wouk had interviewed many Holocaust survivors.

“Soon I discerned,”Wouk would later write in his introduction to my father-in-law’s memoir “Destined to Survive.” “that here was a man as learned as he was humble, a self-effacing talmid chacham who knew far, far more than I did. As our acquaintance developed, he disclosed that he was writing a book about his survival in the concentration camps.”

“In its bare bones as a survivor document,” Mr. Wouk continued, “Israel Cohen’s book goes over heavily ploughed ground, but his unpretentious account is outstanding for its vividness and —most strangely — optimism. He was a lad of eighteen, a pious Gerrer Hassid, when he was swept into the maelstrom. He came out of it scarred in body and soul, yet still a pious Jew with undimmed faith in his Maker.”

Wouk was himself no stranger to the wonders of religion.

After a short period in his youth spent living as a secular Jew, he came to embrace traditional Judaism. In 1959, he wrote a concise description of his faith in a non-fiction work, “This Is My God.” And he lived his Judaism, for the remainder of the 103 years he had been allotted by his God.

Kirkus Reviews at the time asserted that “Thoughtful non-Jews, who have felt the need and the want of a clarification of Judaism, will find here their answer in terms that many of their Jewish friends will violently reject.”

While Wouk doesn’t preach or cajole, in the book, he makes a compelling case that Jews should consider adopting what might best be described as a Modern Orthodox life. “The lama and the monk,” he observes, “withdraw from society to keep a religious vision bright. Our faith teaches us to stay in the world, but to stamp our hours with seals of commitment.”

“The result is, in a way, a troubled life,” he adds. “It can never be wholly of the moment, wholly fashionable. One’s secular pursuits come under the constant review of the law.”

But just as present in the book as Wouk’s sense for the wise core of Jewish life is his sense of humor, which would have resonated with my father-in-law, who had a similarly wry way of seeing the world. As he grew older, for example, he told me that he had “become an idol.” I looked puzzled, and he quoted a verse from Psalms describing “gods” of stone or wood: “They have eyes but do not see; they have ears but do not hear…”

My father-in-law left our world at a relatively earlier age, in his 90s.

It is customary in Orthodox circles to mark a yahrtzeit with some cake or cookies and a shot of whiskey. Reciting a blessing on a food or drink consumed in celebration of a life that has ended is considered to create spiritual merit for the deceased.

None of us, of course, can picture the afterlife. “No eye has seen it,” says the Talmud, borrowing a phrase from the prophet Isaiah. But we can fantasize.

What I conjure, with a smile, is Wouk marking his last day here on earth in the world to come, in some heavenly version of a yahrtzeit repast, joined by the souls of his friends, my father-in-law among them.

Rabbi Avi Shafran is a columnist for Ami Magazine, writes widely in Jewish and general media and also serves as Agudath Israel of America’s director of public affairs.

Herman Wouk and my father-in-law: a very Jewish friendship