Want real police reform after the Chauvin trial? Start with how they’re trained. 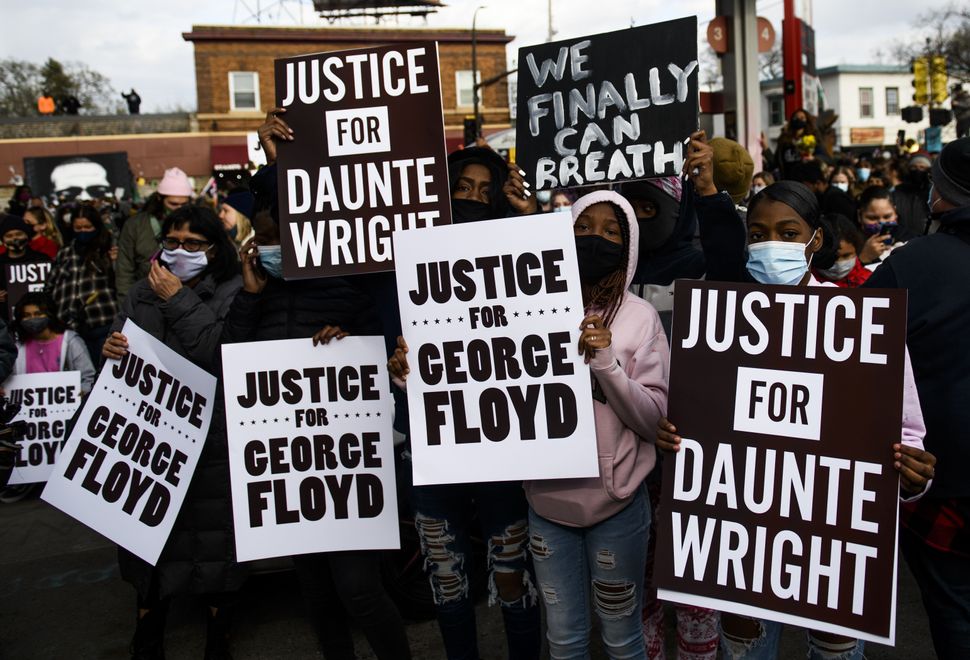 People celebrate at George Floyd Square after the guilty verdict in the Derek Chauvin trial on April 20, 2021 in Minneapolis, Minnesota. By Stephen Maturen/Getty Images

If you’re hoping that Tuesday’s Derek Chauvin verdict will spark true reform in American policing, you may have been looking at the wrong trial.

Not because the guilty verdict of the fired Minneapolis police officer who killed George Floyd last May doesn’t signal a sea change in the nation’s justice system. It does.

And not because it doesn’t finally confirm to anyone open to listening that Black lives, once and for all, do matter, and taking them away has a cost. It sends that message loud and clear, too.

But because real change isn’t just convicting a veteran officer gone bad, or branding him a rogue that all good cops should shun. Rather, it’s reforming and reinventing the system that created him in the first place.

“This verdict reminds us how hard it is to make enduring change,” Minnesota Attorney General Keith Ellison said in a courthouse hallway after Chauvin was led away in handcuffs.

“Although the verdict has been rendered, this is not the end,” Ellison said. “Later this summer, we will be presenting another case. We will not be talking about that” today.

He may not be, but I will. Because that other case, charging the three officers who were there when Chauvin held his knee on Floyd’s neck for more than nine minutes as accessories to the murder, gives the clearest view of what’s wrong with policing and what needs to be fixed.

In one of the many body-cam videos that prosecutors played in the Chauvin trial, Officer Thomas Lane is the first to confront Floyd, z”l, as he is sitting in the driver’s seat of an SUV, talking to a passenger.

Lane is seen tapping his baton on Floyd’s window, then — within 10 seconds — drawing his gun. After another 10 seconds, he’s yelling, “Put your [expletive] hands up there!”

All this based on the suspicion that Floyd passed a bogus $20 bill at a convenience store? Is this how they train officers at the police academy?

Well, it must have been, because the confrontation with Floyd came on Lane’s fourth day on the job.

In another revealing video played in the trial, Lane — the only officer to come anywhere close to questioning whether they were doing the right thing in pinning down Floyd and suffocating him — asks Chauvin about “excited delirium or whatever.” That’s a blame-the-perp justification for excessive force widely regarded as junk science that Lane, again, had to have been taught.

And Floyd’s murder did not happen in isolation. Even as Chauvin was on trial, less than 10 miles away, Brooklyn Center, Minn., Officer Kimberly Potter killed Daunte Wright when she allegedly mistook her TASER for a gun. Potter was a training officer — imagine what she’s teaching rookies?

If Potter and Chauvin and Lane are all outliers and somehow not representative of typical cops, are we to believe the same of all police for whom force is the first option, and deadly force immediately behind?

That use-of-force message was certainly what I got when I was invited to a Duluth, Minn., police training workshop a decade ago. I was outfitted with a laser “gun” and TASER to face simulated characters on a screen, and instructed to “always use the next highest level of force” up from whatever was being used by the person confronting me.

So instructed, I attempted to tase a guy who was coming at me with a baseball bat — and failed. The probes bounced off him. He bashed my head in, and I died. Worse was the sergeant who yelled at me afterward: “Didn’t you consider the bat a deadly weapon?”

I’ve told that story enough to make the police who invited me regret it, and the next-highest-use-of-force protocol, which quickly advances to go-for-your-gun, has since been abandoned in most U.S. police departments. Now, most of them stress a “force continuum” of escalation and de-escalation, where officers are instructed to modulate their response as the threat rises or falls.

Or so I’m told. I’m not sure the people who trained Lane got the memo. Or whoever had the job of retraining Chauvin, or Potter — or all the officers she has trained.

As Attorney General Ellison said, “This verdict reminds us how hard it is to make enduring change” with police.

Because it begins with choosing and training them in the first place.

Want real police reform after the Chauvin trial? Start with how they’re trained.