‘I’ve seen this all before:’ Without meaningful reform, I won’t celebrate Chauvin’s conviction 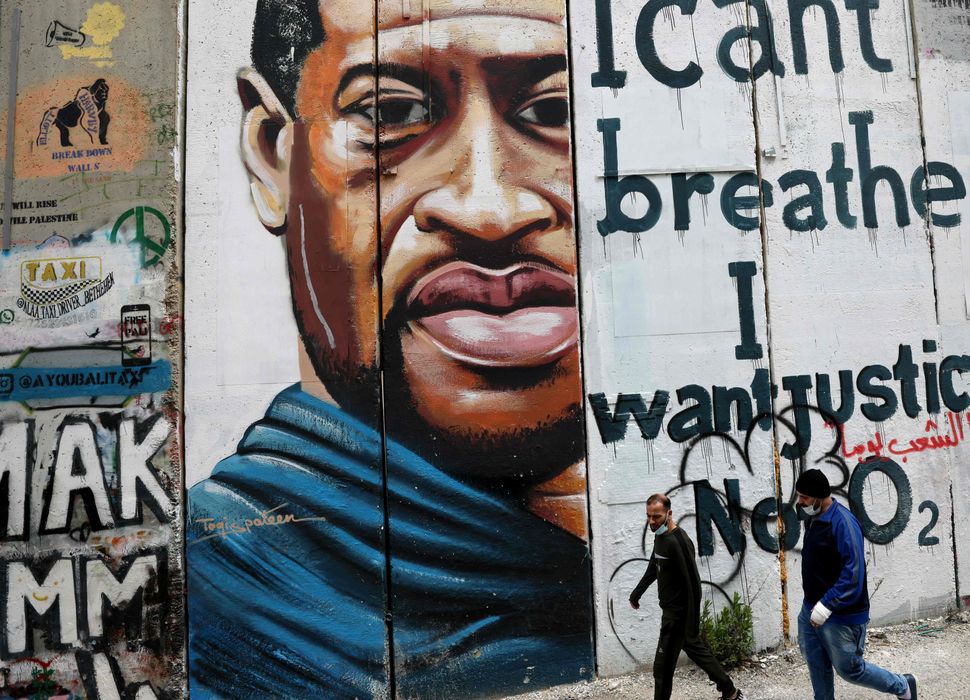 People walk past a mural showing the face of George Floyd, an unarmed handcuffed black man who died after a white policeman knelt on his neck during an arrest in the US, painted on a section of Israel’s controversial separation barrier in the city of Bethlehem in the occupied West Bank on March 31, 2021. By EMMANUEL DUNAND/Getty Images

You will have to forgive me for not celebrating the conviction of Derek Chauvin, the police officer who murdered George Floyd in Minneapolis last May.

Of course I’m gratified by the three guilty verdicts meted out by the jury this week. But I know better than to breathe a sigh of relief until the judge issues his sentence.

I’ve seen this all before.

Six years before George Floyd’s murder, in 2014, Laquan McDonald, a 17 year old Black boy, was shot 16 times by Officer Jason Van Dyke in Chicago. The chant of “16 shots and a cover-up,” rang out from the South Side to the West Side, from the North Shore to the 100s. Much like with George Floyd’s murder, we watched the video over and over on television. The murder was discussed around water coolers and in barber and beauty shops.

Many Chicagoans believed that both Mayor Rahm Emanuel and State’s Attorney Anita Alvarez were complicit in the attempted coverup of the killing; neither of their political careers ever recovered.

The video was so widely shared that for the first time in my life I actually heard white people in Chicago, the city where I’ve spent my whole life, talking about how they had begun to believe the stories they’d been hearing from Black people for years.

As a Black mother of a Black son living on the South Side of Chicago, all I could think about was how this was another way for my son to die. My family were no strangers to police shootings — my uncle was shot in the back by police in November of 1956, an injury that eventually led to his death. I had been raised to fear the police and to believe that they were capable of doing exactly what the video showed that they did to Laquan McDonald.

On October 5, 2018, the day the verdict in Van Dyke’s trial would be announced, I was sitting on my block with my car radio blaring, surrounded by Black teenage boys and young men, including my son. Just like this week, we were nervously awaiting a verdict. In our hearts, we knew that anything less than a guilty verdict would be a complete denial of justice.

We needed a verdict that would send a message to the abusive, overzealous and racist cops who patrolled our neighborhood everyday that their behavior would no longer be tolerated. They needed to know that everything was going to change.

We needed a verdict that would make the police think twice before pulling the trigger or even drawing their weapons.

We needed a verdict that would make young, excitable hotheads with racist inclinations think twice about becoming police officers in the first place.

And we did get a guilty verdict that day. But not a drop of justice.

After the cheering and hugging and the celebrations subsided, reality hit us squarely in the face. Van Dyke was sentenced to less than seven years in prison. He also kept a position with CPD for nearly a year after he was convicted and began serving time in federal custody.

Yes, he was found guilty, but the outcome of this trial failed to send any of the messages that it needed to. That truth has been made painfully evident by the scores of Black and Brown lives that have since been taken by police, often with few to no consequences.

The justice system squandered an opportunity to send a message that could have prevented the murders of, among others, Philando Castille, Amaud Arbury, Breonna Taylor, George Floyd and now, here in Chicago, again, Adam Toledo.

So yes, this week’s verdict did bring a sigh of relief. But the only happy ending that can come from this, would be a maximum sentence for George Floyd’s murderer and the passage of H.R.7120 — The George Floyd Justice in Policing Act.

Without that result, I fear that America will once again face civil unrest and widespread protests. And given the fragility of our current situation, I’m not certain how we will be able to withstand disappointment, and less than perfect justice, again.

As I wrote this piece the night after Chauvin’s verdict, my timeline blew up with news of another police killing: of Makiyah Bryant, a 15-year-old Black girl in Columbus, Ohio. I just watched a video of police on the scene looking over at the shocked, grieving Black bystanders in the neighborhood and casually telling them, “blue lives matter.”

Like I said, I’ve seen this all before — too many times to get my hopes up.

‘I’ve seen this all before:’ Without meaningful reform, I won’t celebrate Chauvin’s conviction