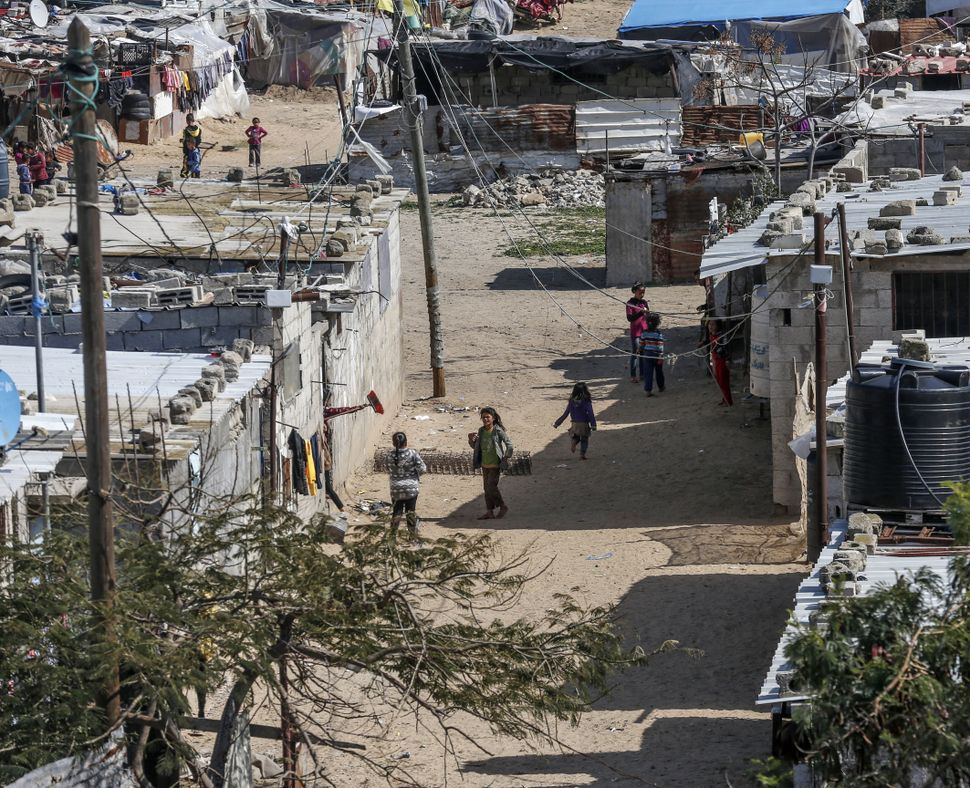 In a recent meeting with a representative of the United Nations, I was asked to suggest concepts that would capture the suffering my family and loved ones in Gaza endure. I froze for a moment, not only because of the surprise of a legal scholar unsuccessfully looking for a concept that would precisely capture Gaza’s pain, but also due to my own inability to put my lived experience into words that fully express its complexity and anguish.

There is an ample supply of words one can summon extemporaneously or after careful thought to invoke associations in the reader’s mind that may reflect the magnitude of brutality, humiliation and confinement we Palestinians have been subjected to. But nothing can fully capture and accurately portray the agony and defeat of looking powerlessly into my late father’s eyes, as he languished in his last moments, unable to speak from the pain, unable to get medicine or treatment, because Israel had just locked up 2 million of us Gazans in an open-air prison.

Or of being stuck in a basement garage during Operation Cast Lead, the three-week war between Israel and Hamas militants that killed some 1,500 Gazans in 2009, while phosphorus rained down on the area like hellfire, as IDF troops advanced to capture our neighborhood. Seven of us hid in one small car for six hours, every second seemed a lifetime. We were scared to make noise, scared to sleep, scared to stay awake. We did not dare move, only whispered, and trembled until silence came with dawn. Had we perished, the mind wonders, would our existence have been reduced to mere “collateral damage” statistics that evoke no sympathy or pity?

And, certainly, no words can capture the agony of despairing friends and loved ones, who every day feel alive only by the lack of death. Some have reached 35, earned high degrees, done everything by the book, and yet find themselves unemployed, lonely, unable to start a family, afraid of dying before even experiencing living.

Their only crime is being born on the wrong side of the fence.

What words could express the humiliation of frantically begging Israeli authorities for an unlikely chance to be granted an exceptional “security permit” to leave Gaza to pursue education or medical treatment, while Israelis travel freely without having to file a petition every time they want to exercise a basic right?

Now comes Human Rights Watch, following the respected Israeli organization B’tselem, to name our unbearable reality “apartheid.” Some Gazan friends lamented that even that loaded term evoking the most repressive racist regime in modern history does not fully capture our experience. But it is the closest we can get.

A universal legal term that impersonally comprises three parameters: an intent to dominate, systematic oppression, and one or more inhumane acts, as meticulously outlined in the HRW’s 223-page report.

A reality where our civil liberties and rights are suspended, where our everyday distress and indignity on one side of the — physical or metaphorical — fence do not matter, as long as never-ending “security concerns” are assuaged on the other. A reality where at birth, one’s fate is sealed to either experience the degradation of standing for hours at an overcrowded checkpoint between Palestinian cities in the West Bank, or to pass by welcomed and unconstrained.

A reality where our dispossession and forcible transfer are systematic and flagrant, yet constantly condoned, justified and sanctioned by successive governments, because they pave the way to the thriving of settler communities.

A place where one’s ethnic category determines whether their grievances, frustrations and ambitions are to be addressed or ignored. A place where Israel’s defense minister, Benny Gantz, can openly and repeatedly brag that “we will not allow real and long-term development in the Gaza Strip” — and before him Avigdor Leiberman can boost, “we allow them to keep their heads above water, but not beyond that” — and the Israeli mainstream stays silent.

To see this intolerable reality recognized by one of the world’s leading independent human rights organizations means tons. Not because it will make our lives any better, or those of Israelis any worse, but because recognizing and accurately portraying a problem is the first step towards solving it, justly and sustainably.

It offers solace and warmth for our scream for life and cries of agony to be increasingly heard and acknowledged in the human-rights community. It offers a glimpse of justice, at the very least in the court of public opinion, and solidarity at a time when the Israeli right is trying to convince us that we are all alone, defeated, and that the world has moved on.

Our end goal here is not revenge, but justice. It is recognition and reconciliation, not hatred and demonization. Apartheid is not a curse word. It is an alarm bell. An S.O.S. call for immediate action, because something is fundamentally wrong, unsustainable and ought to be changed if we are to avoid irrevocable consequences.

HRW’s revolutionary position today, part of a powerful consensus forming across leading human-rights groups and experts, is essential, as the word “occupation” has become too normalized, too tedious and too short of describing the unlivable status quo that it no longer provokes official condemnation or action in Western capitals.

The HRW report thus holds a mirror up to Israel and the world; offering a wakeup call that the injustice being done is a terrible thing, not just for Palestinians, but for Israel as well.