To achieve ‘coexistence,’ Palestinian healthcare workers in Israel cannot show up as their full selves 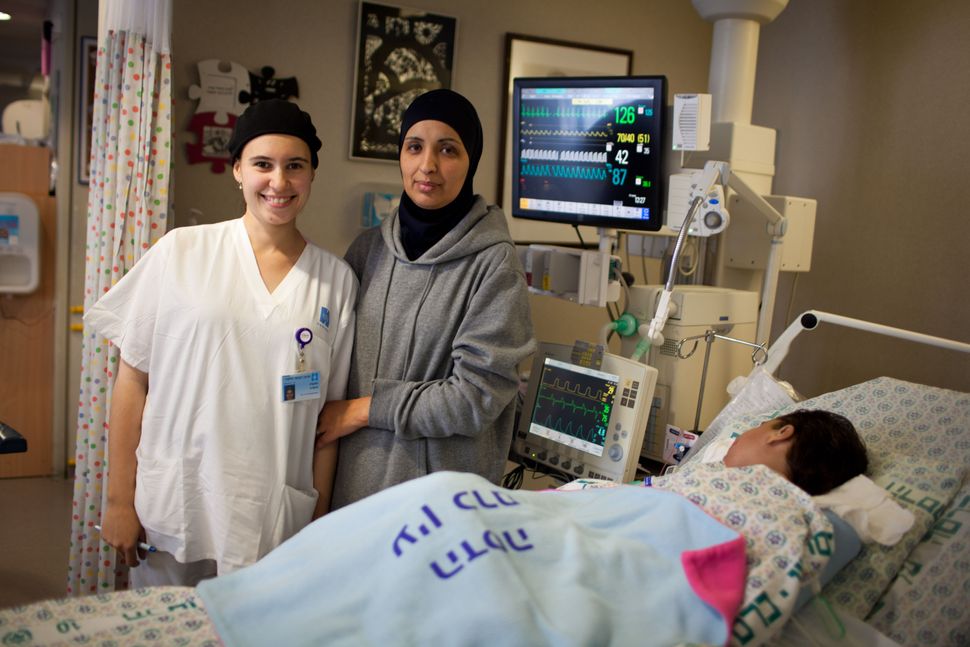 “The healthcare system is the embodiment of co-existence and shared life!” the Israeli Minister of Health Yuli Edelstein wrote in an internal letter addressed to the country’s health sector employees last Thursday.

We received this letter while watching our TVs anxiously, refreshing news outlets and social media on our smartphones, trying to get the latest information about the brutal Israeli attacks on Gaza, Hamas rockets raining on civilian Israeli targets, and the mob violence taking place all around the country.

We both worked and were researchers in Israeli hospitals — so we know that the idea of “coexistence,” especially during times of war, relies on the Palestinian nurses, doctors, and other hospital staff members limiting their existence and identities.

It did not take long for hospitals, healthcare organizations, the Israeli Medical Association, and many other politicians and public figures to come out with similar media campaigns lauding the Israeli hospital as a rare lighthouse of coexistence during these divided times.

Physicians for Human Rights Israel, a group we are both on the board of, operates a hotline for Palestinian healthcare workers to report incidences of racism and fear. Recently, we were flooded with reports.

One Muslim nurse reported that she had removed her headscarf out of fear. A Palestinian cardiologist said that he kept a kippah in his car, which he would put on if he were to encounter an angry Jewish mob on his way to work.

As these horrified doctors and nurses entered their hospitals, they had to not only hide their fear, but face the disciplining power of the ideal of co-existence, forced to put on the mask of apolitical professionals. But in Israel, these masks are tailor-made only to moderate Palestinians’ reactions, not those of Jewish employees. Any “political” speech is met with explicit threat of punishment. This “political speech” includes showing compassion on social media with those in Gaza, participating in the recent nation-wide strike of solidarity, or even voicing their opposition to the war.

Palestinian healthcare professionals, as always, were asked to take center stage in this show. Public relation departments of hospitals and healthcare providers were quick to circulate many photos of Palestinian and Jewish healthcare workers holding signs of unity and coexistence. 20% of medical staff in Israel are Palestinian citizens of Israel, and they work side-by-side with Jewish-Israeli colleagues to provide care in the country’s public healthcare system. But what seems like coexisting to the Jewish-Israeli side questions the very existence of the Palestinians.

“Look at what this reality has caused us,” said the Jewish-Israeli head of the cardiology department in Tel Aviv Sourasky Medical Center on live TV, with Ehab, one of his Palestinian residents, sitting (and looking embarrassed) next to him. “Today is the first time I addressed Ehab as an Arab… I couldn’t care less if he is Arab or Hindi, it is not interesting, today for the first time I regarded him as an Arab, it became an issue, this thing should go back to the underground where it belongs.”

The Jewish-Israeli professor might not care less. But does Ehab?

For the senior Jewish-Israeli professor, Ehab’s existence is limited to his professional role as a physician in his department. But showing up as a human being in his entirety, with history and dreams for a better future, for himself and his people, is out of the question. That Ehab belongs to a community that is oppressed, dispossessed, and faces racism is not to be acknowledged. Palestinians must forget their history, their families, their national identity, and their narrative. They can be well integrated into the system and climb up the institutional hierarchy. But they only can succeed as an obedient, domesticated other — a cautious guest.

No one should be asked to limit their existence, as people, or as a people. All such attempts, in the name of co-existence in healthcare, result in silence, suppression, and coercion.

We have to wonder: is this coexistence worth it — and for whom?

Dr. Osama Tanous, a pediatrician, is a Palestinian citizen of Israel and a board member of Physicians for Human Rights in Israel. Dr. Guy Shalev, board chair of PHRI, is a Jewish-Israeli medical anthropologist.

To achieve ‘coexistence,’ Palestinian healthcare workers in Israel cannot show up as their full selves