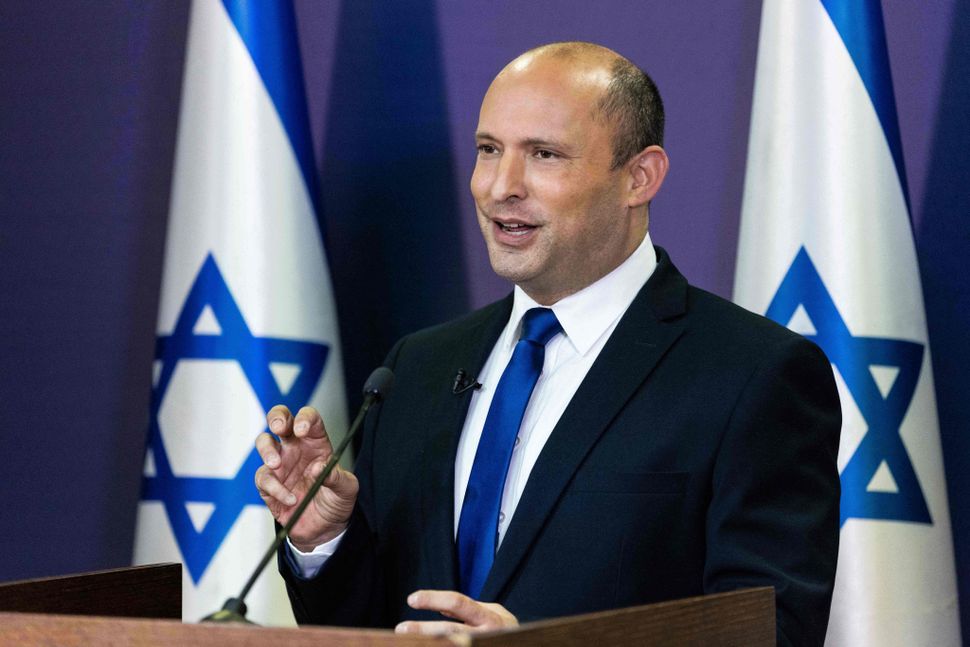 Just days after the rocket launchers have cooled in Israel and Gaza, news broke that after 12 years, the Netanyahu era is just about finished, in the most improbable of ways.

The new government, which while not a done deal seems to be more likely than not, seems like it was created via a game of political mad libs. Everything about this new government feels shaky and flimsy, a marriage of convenience rather than love.

To topple Bibi, eight smaller parties from across the spectrum are set to band together in what is either a union of extreme cynicism or a new era in Israeli politics. The political odd couple leading this new reality is the right-wing, kippah-wearing (which would be a first for an Israeli Prime Minister) Naftali Bennett and the erstwhile television host and suave centrist Yair Lapid.

Backing them is a grab bag of parties, from the far left Meretz to the far right Yamina, with the conservative Islamic Ra’am supporting the government on the sidelines to push it over the 61 seats it needs to form a coalition. The sheer incoherence of this government might come as a shock to those living in the deeply polarized American landscape — the rough American equivalent would be Senator Ted Cruz and President Biden agreeing to switch off the presidency, with Congresswoman Alexandria Ocasio-Cortez and Senator Tom Cotton picking up seats in their cabinet.

But if cynicism about the durability of this government is easy, optimism might be more appropriate, as my colleague Abe Silberstein has argued. For a country too easily caricatured from the outside, the potential of what is being called the ‘change government’ to surprise might be worth its weight in PR. For American Jews ripped apart by changing attitudes towards Israel at home, it should be a reminder that coalitions across difference might work here as well.

There is another more uncomfortable lesson for American Jews, one that might be more disappointing to those taking to Instagram and Facebook to express their alienation from the Jewish State. At a time when progressive orthodoxy is increasingly turning against Israel on fundamental issues like the validity of the state’s existence and the legitimacy of its self-defense, the reality is that nearly the entirety of Israel’s political system is wiling to serve in a government led by a man who is to Netanyahu’s political right on the Palestinian issue.

There is no appetite in Israel for a left-wing approach when it comes to either policy in Gaza or the possibility of territorial withdrawal from the West Bank. The center is willing to sit with the right because the distinctions between them don’t really make a difference, and the left is willing to join the party because they have been out of power for so long, and in a rut so deep, that they’ll take whatever they can get — as long as Bibi isn’t involved.

For some, it was easy to blame Netanyahu and his Trump-embracing, Obama-distancing posture for the growing distance between American Jews and Israel. If that essential orientation is locked into place across this next political era, what perhaps seemed like a bug will be revealed to be a feature of Israeli politics.

But American Jews will also have to remember that Hamas fired at liberal Tel Aviv as well as the more conservative cities of the periphery, just as suicide bombs ripped through the secular young people at the Dolphinarium as well as the faithful in Jerusalem so many years ago.

The willingness of rank and file Israeli politicians to support a robust peace process with the Palestinians evaporated during the Second Intifada, and the appetite for unilateral withdrawal withered as Gaza was remade into a terrorist statelet just a few years later.

What all this means is that just as Israel’s repeated elections in the past years actually reflect political stalemate (the lack of alternatives to Bibi keeping him in power) and policy consensus (the status quo the consistent winner) rather than chaos, so too this new government will erect a big tent on some questions but draw a firm line in the sand on others, specifically matters of war and peace.

As American Jewish intellectuals and activists are increasingly asking Israel to take risks from afar, Israelis are showing that they are in a very different place. They are weary of Bibi but have no great warmth for the Palestinian cause. They are set to sideline the Ultra-Orthodox, but will hand the reigns to a settler and religious Zionist. They are tired of new elections, but you won’t find them tilting at the windmills of Jewish progressives anytime soon.