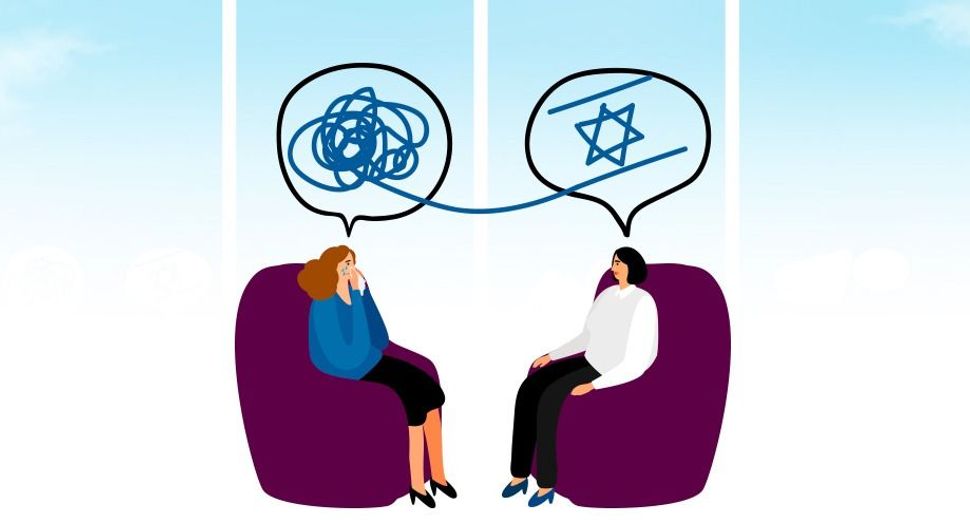 One friend called because her teenage daughter had shared an Instagram post from the fashion watchdog Diet Prada and her sister demanded she make the girl take it down. “I don’t want to be policing my kid on social media,” the friend said. “Why is my kid sharing it? Why is it freaking my sister out so badly?”

A prominent Jewish filmmaker reached out, because Palestinian allies had asked him to sign a letter of support that included “settler colonialism” language about Israel — what would future funders think? “I don’t even know if I agree with it but I’m wanting to put my name on something,” the filmmaker said. “I don’t want to be a coward, but I want to understand if there’s going to be blowback and what the blowback would be.”

Then there was the curator who works at the intersection of electronic music and video art, under pressure to join the social-media conversation.

I get a lot of questions about the Israeli-Palestinian conflict, which I spent four years covering intensely as Jerusalem bureau chief of The New York Times. But these were not directed at me. They’re among the scores of highly emotional, personal, psychological dilemmas that my friend Libby Lenkinski has fielded during the latest war between Israel and Hamas militants in the Gaza Strip from relatives, colleagues, acquaintances and some strangers across the world via text, email, WhatsApp, Facebook messenger and more.

Lenkinski, 42, has a busy day job as vice president for public engagement at the New Israel Fund, which backs groups seeking progressive change. But her burgeoning side hustle is what she calls “Israel Therapy” — helping people sort through their complicated feelings about the Jewish state and, especially, its conflict with the Palestinians.

In the weeks before the latest outbreak of violence, Libby and I were working together to turn that longstanding avocation into a virtual event series in partnership with the Temple Emanu-El Streicker Center (sign up here to join us) and a podcast in development with Reboot Studios (more details soon). Since the escalation, her virtual couch has been busier than ever. 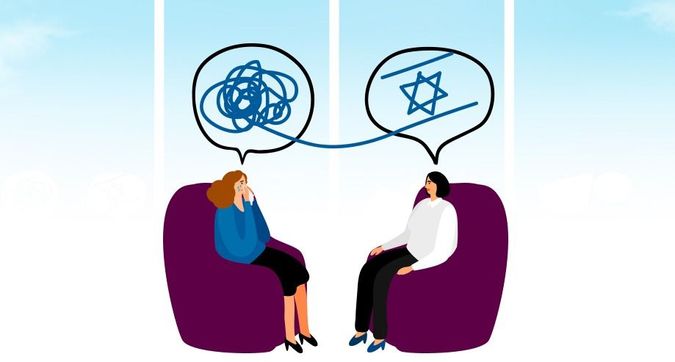 “This moment has landed very, very differently,” Lenkinski said, explaining that she sees the latest conflagration as what a colleague calls “a convergence moment” for American Jews fueled by the Trump and Netanyahu years, the aftermath of George Floyd’s murder and, of course, the explosion and polarization of social-media conversations about all of it.

“It’s antisemitism and Israel and racial justice and there’s no way to tease those things out from one another. People are just like — who am I? Where do I fit into this world? People are like — too much, time out, what do I do now? Any step that I take in any direction feels like I’m sacrificing some part of myself.”

The daughter of an Israeli mom and Polish-Canadian dad, Libby grew up in the Philadelphia suburbs, attending Jewish day schools and summer camps. When she joined an Arab-Israeli dialogue group at McGill University in the late 1990s, it was not only her first time meeting  Palestinians, but practically the first non-Jews she got to know well.

She moved to Israel at age 26 and spent nine years working mostly on civil-rights issues, returning to the U.S. in 2013. Her parents, sister and two nieces live in Tel Aviv.

Libby lives the conflict — though she knows that she lives it far differently than they do; far differently also than her good friend Tamer Nafar, the Palestinian rapper who lives in Lod, the locus of recent Arab-Jewish violence inside Israel; and of course far differently than Gaza families whose children were among those killed by Israeli airstrikes.

“I’m as progressive as it gets on this issue while still being invested in Israel and in Israelis,” she continued. “I have asked myself this question probably more than anyone has asked me: How to see and acknowledge that there are two sides — that there’s pain and suffering and violence and reaction on both sides — but that they’re not symmetrical at all. There has to be a way to talk about both sides without doing both-siderism.”

In between her individual “therapy” sessions, Libby has been bringing her nuanced, empathetic approach to groups: she spoke to Manhattan’s Lab/Shul, where she is a member, on Friday May 15, while rockets were falling and Arabs and Jews were fighting in the streets of Israeli cities like Lod; briefed foundation executives and funders of human-rights groups; and did a session at Reboot’s DAWN, a Tikkun Leil Shavuot program. She was also interviewed for Rolling Stone and NPR’s “All Things Considered.”

“I try not to show up in those conversations with a tsunami of facts and figures and historical information,” she told me. “Over the long term, it doesn’t have the desired outcome. The person doesn’t feel like they’re better equipped to deal next time. They end up feeling like, wow, Libby knows a lot and I know nothing. What I want is for them to feel like they know how to ask the question when I’m not around.”

“There has to be a way to talk about both sides without doing both-siderism.”

She encourages people to visit Israel — and spend a day with the group Encounter, which brings American Jews into conversations with Palestinians. She urges them to listen to individual Palestinians and Israelis — artists, activists, individuals — and often “stays up late subtitling things for people” so they can get unfiltered information. And, like any good therapist, she tries to lead “patients” to the root of their issues.

Like that Jewish filmmaker struggling to decide whether to sign a Palestinian-solidarity letter he didn’t fully understand the implications of. “That ended up being a very counseling conversation.” she told me. “Why is it so important for you to show up in this way? Would it be terrible for you to sit this one out?”

As close readers of this newsletter know, this is my third week in a row writing about the conflict. I don’t get to sit it out, and I don’t want to. Both prior columns generated a lot of email response from you, which I love. The letters were overwhelmingly positive, and filled with emotion.

It all feels so deeply personal, whether we live there or not. That’s what we’ll be grappling with in our three “therapy sessions” this summer. I hope you’ll join us.