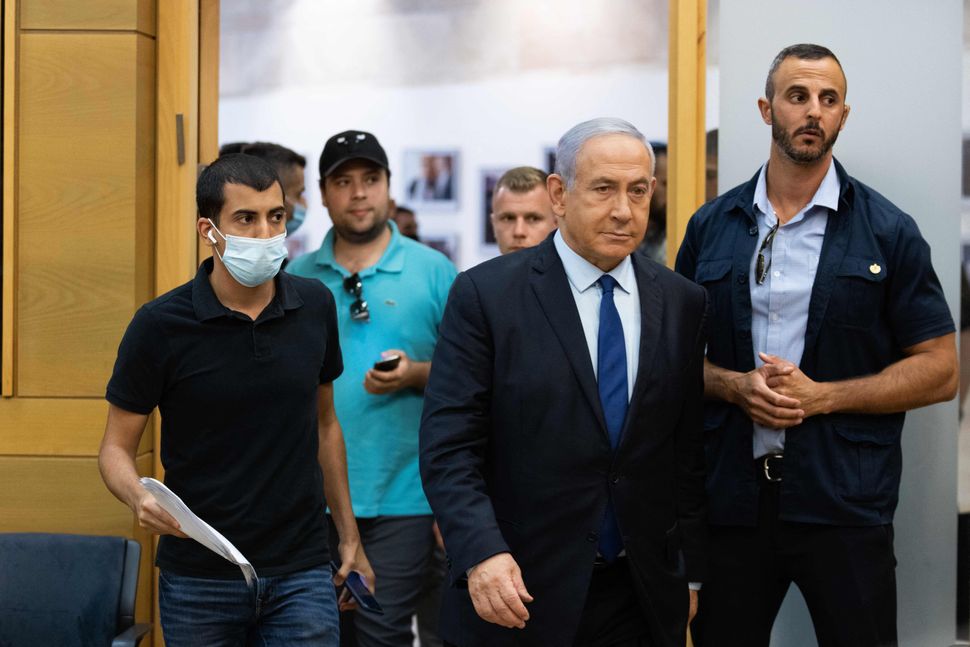 Israeli Prime Minister Benjamin Netanyahu arrives at the Knesset, the Israeli Parliament, to deliver a political statement in Jerusalem, on May 30, 2021 By Yonatan Sindel/Pool/AFP via Getty Images

You don’t have to love Naftali Bennett or Yair Lapid to be happy about their agreement Wednesday to form a new Israeli government that ends the reign of Benjamin Netanyahu, Israel’s longest-serving prime minister. You don’t have to agree with them about any key issue facing the Jewish state. You don’t have to trust them — and you probably shouldn’t; they’re politicians, after all.

To feel relieved and hopeful, you only have to know two things: that the status quo is unsustainable, and that change is healthy for democracy and other living things.

This last awful period of intense violence between Israel and Hamas militants in the Gaza Strip — accompanied by horrific internal race riots between Israeli Jews and Arabs — initially threatened the emerging partnership between the far-right Bennett and centrist Lapid. But it also proved how badly Israel needs their so-called “change” coalition, needs something fundamental to change in its politics and policies.

The two men — who once referred to themselves as “brothers” — on Wednesday announced that they had managed to cobble together a coalition of eight disparate political parties, a motley crew of ultra-nationalists, far-left peaceniks and even a small group of Arab lawmakers.

The deal — which still must be ratified by Parliament in the coming days — calls for Bennett, a kippah-wearing former high-tech entrepreneur and settler leader, to serve as prime minister for the first two years. If the fragile coalition lasts, he would be replaced in 2023 by Lapid, a former television news host whose base is secular Tel Aviv.

“I give you my word that this government will work in the service of all of Israel’s citizens, those that voted for it and those that did not,” Lapid told outgoing Israeli President Reuven Rivlin in announcing the deal. “It will respect its opponents, and will do everything it can to unify and unite all parts of Israeli society,”

What unites the parties to the deal, and the voters behind them, was an intense desire to change the occupant of the prime minister’s chair — which Netanyahu has stubbornly held onto since 2009, and through three rounds of Israeli elections in the last two years.

“Change” is the key word here. But if all this coalition changes is who lives at the prime minister’s Balfour Street residence, it will be a lost opportunity. Israel desperately needs real change to secure its future as a Jewish and democratic state. Because Netanyahu’s status quo is simply not sustainable.

“Two thousand years ago, we lost a Jewish state here because of internal hatreds; that won’t happen again, not on my watch,” Bennett vowed in a nationally televised prime-time speech on Sunday night, when the basic contours of the deal was first announced. “The political crisis is unprecedented, on a global level,” he added, warning that if Israel’s political stalemate were to continue through a possible fifth election, “the house will fall in on us.”

Declaring it “time to stop the madness and take responsibility,” Bennett promised to “restore unity,” which he called “Israel’s secret weapon since its founding.”

When discussions of this “change” coalition emerged about a month ago, Bennett, Lapid and others acknowledged that the only thing they agreed on was a desire to oust Netanyahu. They promised their potential government would neither move to annex the occupied West Bank, as Bennett aspires, nor to resume peace talks with the Palestinians, as the Labor, Meretz and Arab parties keenly desire.

That was, of course, before the latest Israeli-Palestinian conflagration. Before the deaths of some 230 people in the Gaza Strip and a dozen in Israel. Before the world witnessed Hamas’s new, terrifying capabilities to launch ever more long-range rockets into Israeli population centers.

Beyond the tragic loss of life, including far too many children, the most depressing thing about watching this battle unfold was that we had seen it happen before — in 2014, in 2012, in 2008. Many analysts describe these intermittent wars with the dehumanizing metaphor of “mowing the grass” — Israel doing some kind of routine maintenance to contain a problem, rather than trying to address its roots or at least find a new way forward.

We should not be naive, given the profound disagreements between Bennett and his potential new partners regarding the Palestinian conflict, about the prospects for true change. But if the definition of insanity is doing the same thing over and over again and expecting a different result, any change is welcome in this increasingly hopeless, stalemated, devastating situation.

A majority of Israelis voted for change. Now, we’ll get a chance to see what they meant.

Join Jodi Rudoren, Libby Lenkinski of the New Israel Fund and special guests for a series of “Israel Therapy” sessions this summer hosted by the Forward and the Temple Emanu-El Streicker Center. June 16, July 14, August 18, each at 11:30 a.m. EDT. Click here to sign up.