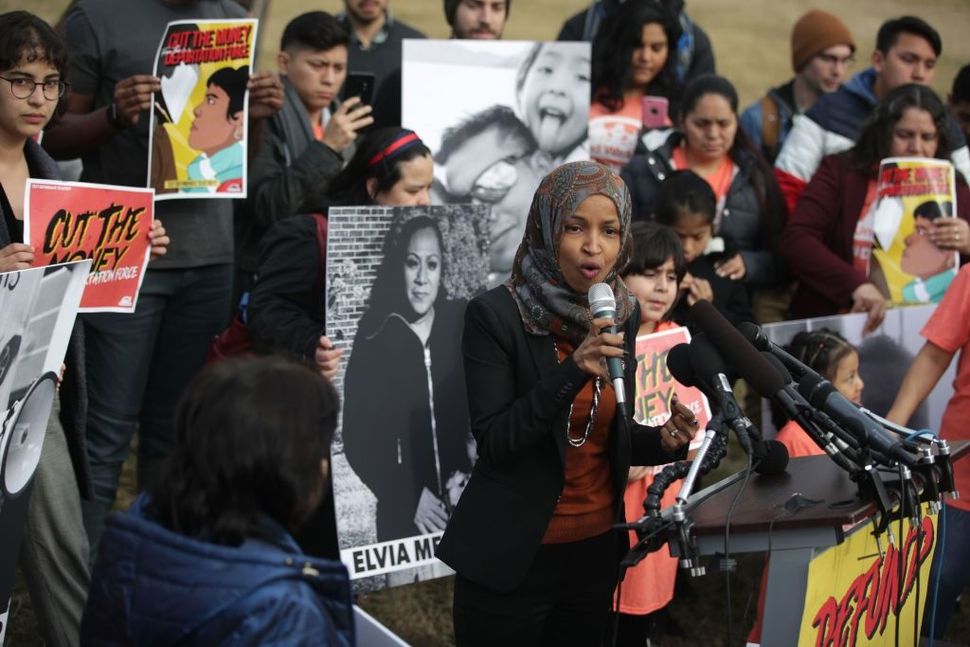 Congresswoman Ilhan Omar’s tweets have landed her in the news, once again. Following an exchange with Secretary of State Antony Blinken in which Omar urged him to investigate both Israel and Hamas for human rights violations, Omar tweeted, “We must have the same level of accountability and justice for all victims of crimes against humanity. We have seen unthinkable atrocities committed by the U.S., Hamas, Israel, Afghanistan and the Taliban.”

We must have the same level of accountability and justice for all victims of crimes against humanity.

We have seen unthinkable atrocities committed by the U.S., Hamas, Israel, Afghanistan, and the Taliban.

I asked @SecBlinken where people are supposed to go for justice. pic.twitter.com/tUtxW5cIow

The comments have fractured a Democratic House caucus anxiously seeking to pass big ticket legislation while it still holds the majority. A dozen Jewish House Democrats labeled her commentary as “misguided as it is offensive” and asked her to “clarify her words.” For her part, Omar accused her critics of using “Islamophobic tropes” and of “harassment and silencing.”

But nobody should be fooled by Omar’s argument that she was merely referring to the International Criminal Court’s current docket or that she did not mean to draw comparisons between the states and entities she linked in her tweet. Grouping the U.S. and Israel with fundamentalist groups that have been designated as terrorist entities is a feature, not a bug of her worldview.

If there are no moral distinctions between democracies and their enemies, ideologies that support terror become just as acceptable as those that oppose it.

The newly vocal and strident criticism of Israel voiced in the last month by her fellow ‘squad’ members — Reps. Alexandria Ocasio-Cortez, Rashida Tlaib and Cori Bush — suggests that shifting the conversation on Israel in a more belligerent direction is at the core of this new generation of Democrats’ larger foreign policy aspirations. This emerging group would like not only to see the alliance between the United States and Israel entirely undone, but reframe the latter as a pariah state.

American Jewish Democrats should recognize the danger that these sentiments pose to the future of the party— and their place in it.

Much ink has been spilled over the ongoing crisis of Trumpism in the GOP and what it might mean for that party to permanently be ruled from Mar-a-Lago. But make no mistake: there is plenty of factionalism within the Democratic party as well and it’s future is entirely up for grabs. This struggle has already begun and it is not going well for those who care about an American political landscape that features bipartisan support for the Jewish State.

The recent fighting in Israel will most certainly not be the final conflict with Hamas, but it will be remembered as a sea change moment in how the American left perceived the Middle East. While 2014 featured vociferous criticism of Israel’s actions in Gaza, 2021 turned up the volume to a deafening amount. Anyone with a social media account has seen that pro-Israel groups have failed to effectively tell their story to those outside their own echo chamber.

Nevertheless, many American Jews, enthusiastically progressive, supported and continue to support politicians like Omar, AOC, Bush and Jamaal Bowman. Those supporters must now grapple with these politicians’ pro-Palestinian politics. This should prompt a reckoning, not so much because many Jewish Democrats support Israel (they do), but because the ideological winds are firmly blowing in the other direction. Today’s Zionists will have to fight for a place in tomorrow’s Democratic Party.

Everyone, of whatever political stripe, must consider themselves implacably opposed to the anti-Zionist brand of politics that is blooming on the left edge of the Democratic Party. 12 of the 25 Jewish Democrats in the House issuing a statement is not going to get it done. The failure to explicitly censure Omar in 2019 was a mistake because it showed that it was possible to get away with criticism of Israel that flirted with anti-Semitism and how little pushback there would be to teasing that line.

Even Americans indifferent to Israel should be outraged by Omar’s inclusion of her own government in this rogue’s gallery of international bad actors. An American foreign policy that turns against Israel will eventually turn on itself, as Omar’s tweet so vividly illustrated. This is merely an extension into the foreign policy arena of criticisms of America as invariably racist and structured on white supremacy: not just critique, but utter condemnation.

We should be under no illusion that even a plurality of American Jews will abandon the Democrats for the pro-Israel commitments of politicians like Ted Cruz and Lindsey Graham. But the center-left, the historic political home of many Jews, is showing real signs of structural instability and outright danger. I am not sure we can complete the task of repairing it, but we are not free to desist from it.