It’s time to end the ‘special’ relationship between Israel and the U.S. 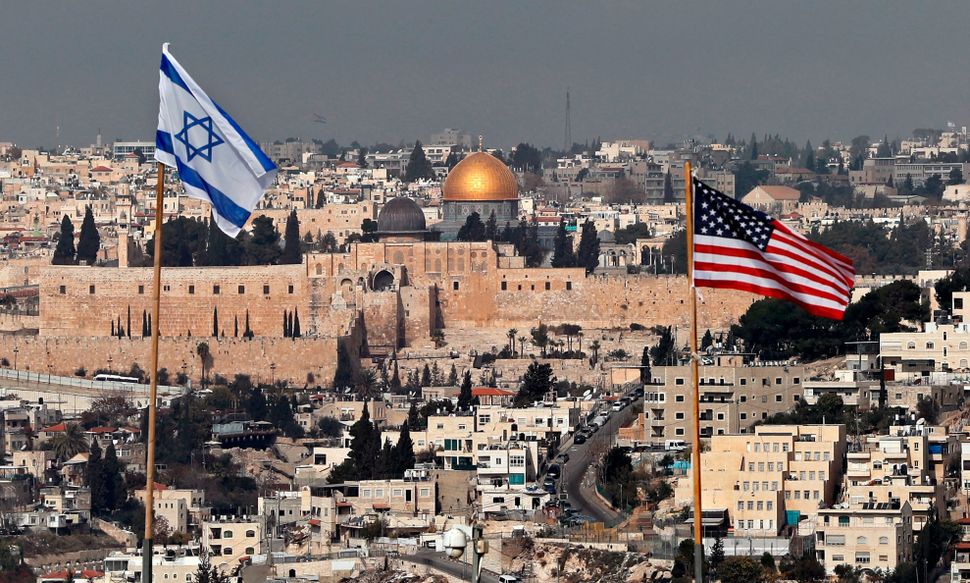 The departure of Prime Minister Benjamin Netanyahu on Sunday was met with an audible sigh of relief from pro-Israel Democrats. The man they deemed primarily responsible for the turning of Israel into a so-called “partisan issue” was gone — at least for a while. Some advocates of the U.S.-Israel relationship now see an opportunity to improve Israel’s reputation on the left.

And with certain senior posts in the new Israeli government filled with venerable liberals like Yair Lapid, Merav Michaeli and Nitzan Horowitz, it is not an altogether crazy idea to see Netanyahu’s exit as an opportunity to boost Israel’s image. But it remains unclear if that’s a sustainable strategy in the long-run: Netanyahu still leads the single largest party in the Knesset and there is no guarantee future coalitions will be as moderate as this one.

We cannot expect to return to the pre-Netanyahu years of wide, broad bipartisan support for Israel. While in the past, advocates for a strong Israel-U.S. relationship have focused on shared values, it is perhaps time to refocus the relationship. Instead of values, we must speak of shared interests.

A recently released working paper by academics Laura Royden and Eitan Hersh provides hard data and analysis on the growing opposition to Israel among American liberals and progressives, especially among young people. Their data shows that neither Democratic or Republican support for Israel should be taken for granted.

As expected, the survey showed that young people on the activist left hold views that are the least favorable to Israel— and starkly so. Over 60 percent of this demographic has a very or somewhat unfavorable view of Israel.

But the situation on the right, while more friendly to Israel, also reflects a generational divide. While younger conservatives are more pro-Israel than their left-wing generational counterparts, they are significantly less pro-Israel than older conservatives. Indeed, Royden and Hersh find that across the political spectrum younger people tend to see Israel in a more negative light.

Though projecting survey results onto a future political landscape is a dangerous gambit, Royden and Hersh’s findings indicate that we are headed for a future where American attitudes toward Israel are more contested than they are today in both parties.

The implications of these survey findings for the U.S.-Israel relationship are potentially dire. Boosters of the relationship are accustomed to promoting Israel as not only a strategic partnership in the interests of the U.S., but an alliance built on “shared values,” presumably those of liberal democracy, and even cultural commonalities. But that selling point makes less sense as the possibility of a two-state solution recedes and Israel prepares for long-term occupation or even annexation. If Israel’s politics and culture are viewed unfavorably by young Americans today, it is hard to envision improvement barring unlikely changes on the ground.

A move toward framing the relationship between the two countries as normal instead of extraordinary or special is in order. As regional expert Shibley Telhami observed in a recent article for the Brookings Institution, it is the oft-asserted uniqueness and not the mundane reality of the Israel-U.S. relationship, which accentuates the contradictions and controversies that fuel partisan zeal.

In practice, modulating the relationship will not be easy. Old habits die hard and strongly-held moral convictions do not easily give way to a more circumspect advocacy that acknowledges the U.S. cannot back up on Israel all issues, all the time. But not every change in circumstance is a crisis. The strongest relationships are not just those that endure but those that can evolve when necessary.

A quieter interests-based connection between the U.S. and Israel may not excite people’s passions, but that may be exactly what supporters of the relationship should be seeking. Enterprising policymakers and advocates should see the writing on the wall, or at least in the data and act accordingly.

It’s time to end the ‘special’ relationship between Israel and the U.S.