We can’t defeat antisemitism by attacking our fellow Jews 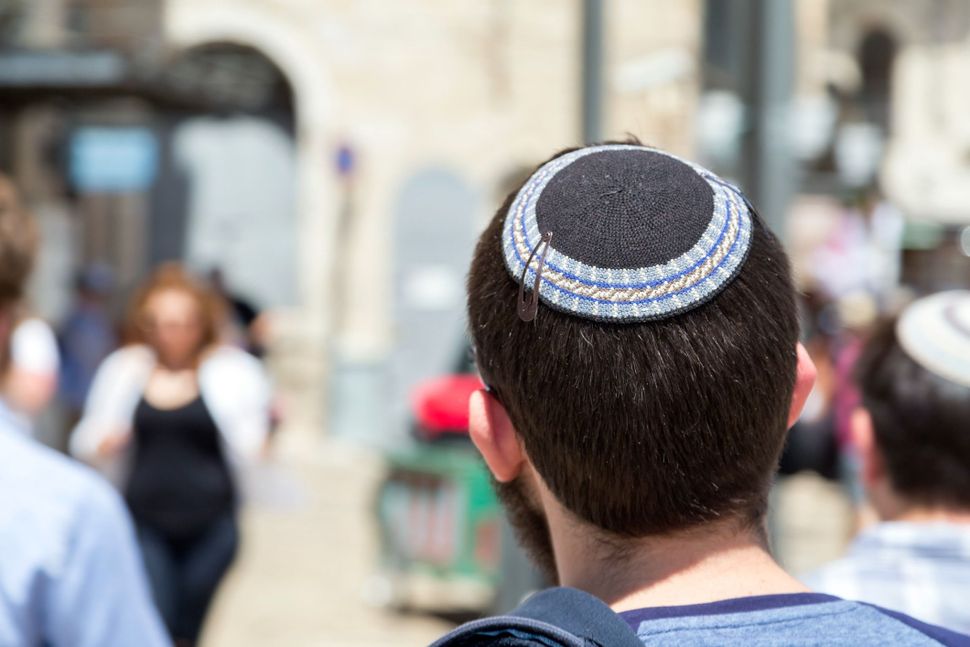 As antisemitic attacks on Jews across the globe continue, there is another threat to our people we aren’t talking about enough. It’s called sinat chinam — baseless hatred.

As we struggle to cope with this rise in violence and hatred against our community, we’re also spending time hating each other — and it’s tearing us apart.

In early June, I attended the bris of my friend Aaron Keyak’s newborn twin sons. After a year of so much mourning and hardship, it was a beautiful thing to welcome two Jewish boys to the world and into the tribe.

Sadly, my friend Aaron has become well acquainted with baseless hatred recently. As I watched him enjoy precious moments with his baby boys, social media filled with vitriolic hatred towards him.

As an Orthodox Jew who has been deeply involved in Jewish life in Washington, DC for over a decade, Aaron has been cruelly smeared for expressing his very real fear of violence against Orthodox Jews, cautioning it is important that those Jews who — like him — “wear kippot don’t feel more pressure to put our lives in actual danger.”

Given the rise in Jew hatred and antisemitic attacks, we must stand with all Jews.

“It pains me to say this,” he wrote, “but if you fear for your life or physical safety take off your kippah and hide your magen david. (Obviously, if you can, ask your rabbi first.)”

For this empathetic statement, he was met with a torrent of hate — including from fellow Jews.

As Aaron cradled his boys, he said to us, “there is no iron dome for baseless hatred between Jews.”

Our sages teach us in the Talmud that sinat chinam cost us the Second Temple and led to our exile from Israel. Rabbi Ken Spiro, a contemporary historian and rabbi, writes, “There’s no hope for the Jewish people until all learn how to communicate with each other, and respect each other, regardless of differences… when we collectively mourn the fall of Jerusalem and our exile from Israel, it’s a reminder that intra community hate is perilous and can be catastrophic for Jews.”

The Iron Dome — which Aaron was an early enthusiast of while working in Congress — can protect Israel. But only we can protect each other.

Watching this unfold, one of the things that gave me hope was watching people who strongly disagree with Aaron on a myriad of issues publicly call this smearing of him wrong.

Washington Examiner magazine’s executive editor Seth Mandel tweeted, “When I first came to DC over a decade ago and wanted advice on wearing Jewish symbols in the political world, the person I asked was Aaron. He does not take this subject lightly, and we and the political world are richer for his insight and generosity. There was no judgement, he was merely expressing his concern for his fellow Jews’ safety.”

Jackson Richman tweeted, “I am proud to call Aaron my friend. Even as a Democrat, he rises above the political fray and is respected on both sides.” Nathan Wurtzel, a veteran GOP political consultant, called attacks on Aaron, “not fair and not right.” Rabbi Dovid Basevkin artfully discussed the halachic precedent. Former Trump Official Rich Goldberg publicly defended Aaron as well.

It was a beautiful thing to see people who vehemently disagree on policy and would argue voraciously about it come together to protect their brother, their family member, their fellow Jew.

I believe that diversity of opinion and a culture of debate have helped ensure the survival of Jewish culture over the centuries. American Judaism is a big tent with diverse ideas, varied perspectives and rich multicultural lenses. We don’t have to agree on everything. But we should remember that regardless of theological or political differences, we are ultimately one people, one mishpacha, and we should always strive to treat each other with chesed and derech eretz (proper behavior).

We can disagree as to whether or not Aaron’s advice is the best course of action, and on how to respond to violence against Jews. We should be having substantive debates about how to respond, both on the personal and policy level.

But especially now, in this terrible and terrifying time of violence and harassment against Jews, we shouldn’t politicize the expression of fear, we shouldn’t lie and slander each other, and we should internalize that all of us are frightened, all of us are struggling, and show each other compassion and kindness. This is the time for ahavat chinam — loving freely and without judgement.

As a child, our family Shabbat dinners could get heated. Political conversations would get loud, a fist might hit the table, debates would rage. My mother would allow this, for a while, and then say, “okay — enough. Time for dessert.”

One day, in a heated exchange with my brother, I didn’t want to. I questioned why we should stop and de-escalate with cake.

My mother said, “I don’t want you to forget that after this, you will still share a table.”

All of us have a vested stake in the fight against antisemitism and in the future of American Jews. All of us share a collective table, even if the seating doesn’t always feel comfortable, equitable or fair; even if we raise our voices, even in the toughest moments where we are the most divided.

We must always be able to sit at our Shabbat table, together, as family.

We can’t defeat antisemitism by attacking our fellow Jews