What was lost in the Ben & Jerry’s Israel meltdown 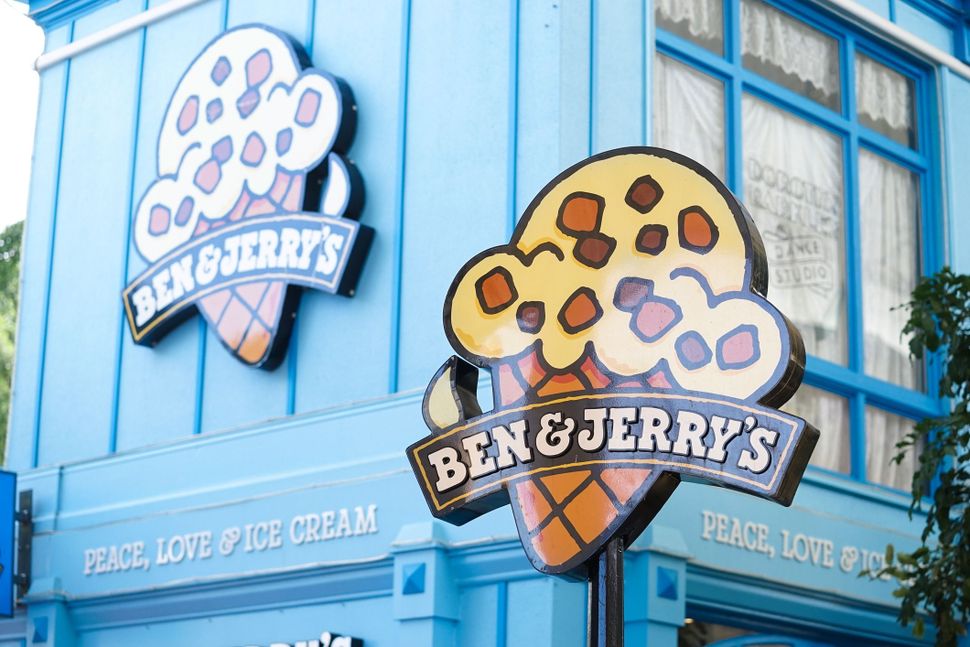 Ben & Jerry’s is known for taking stances on political issues. Image by iStock

Ben & Jerry’s decision to stop distributing its products in West Bank settlements has unleashed a head-swirling discourse about BDS, ice cream and antisemitism that is quite disproportionate to the effect the Vermont-based company will actually have.

But all this Chunky Monkey is hiding a more a concerning story: Despite the anger of some pro-Israel advocates in the states, the political consensus in Israel is significantly more pro-settlement than most American Jews are willing to tolerate.

Regardless of whether Bennett, Lapid or Netanyahu is calling the shots, the slow creeping expansion of the West Bank settlements is a given. A survey taken last year by the Israel Democracy Institute found that a clear majority of Jewish Israelis even supported outright annexation. The notion that Israel can and should build in the occupied territories has been the unquestionable position of the Israeli center for quite some time.

Yair Lapid, the foreign minister and centrist anchor of the new coalition government, confirmed this in his strident statement denouncing Ben & Jerry’s:

Ben & Jerry’s decision represents shameful surrender to antisemitism, to BDS and to all that is wrong with the anti-Israel and anti-Jewish discourse.
We will not be silent.

No doubt there is an element of political showmanship at play. Meretz, a left-wing party, has long been associated with settlement boycotts. Indeed, one of its members of the Knesset came to the defense of Ben & Jerry’s. Yet they are a member of the coalition government and hold important ministries. If boycotting settlements was truly such a despicable act — anti-Jewish! — then why is Lapid relying on the support of those who support such actions to keep the government going? It is obvious that much of Lapid’s harsh rhetoric is a patriotic point-scoring exercise that stops precisely where it becomes politically inconvenient.

Yet the uncomfortable fact hovers over this conversation: Besides the Zionist left (Meretz and a handful of Labor Knesset members) and Arab Israeli parties, representatives of mainstream Israeli Jews are not only fully supportive of slowly incorporating settlements into Israel — even in the absence of a final status agreement with the Palestinians that includes land swaps — but intent on portraying international opposition as anti-Israel or even antisemitic.

The main disagreement between the Israeli center and right is how far into the West Bank the de facto annexation process should go, not whether it should happen at all.

With Israel threatening Ben & Jerry’s with legal action based on anti-BDS laws in U.S. states, the Jewish Israeli consensus on settlements is set to shock American Jews who are generally opposed to settlements and are more willing to see them evacuated than their Israeli counterparts.

When Netanyahu was in power, liberal American Jews had a figure onto which they could easily project their misgivings about the political direction of Israel. Netanyahu was not only a figure poles apart in values from the median American Jew, but did whatever he could to associate himself with the Republican Party and Donald Trump. His recent governments’ palpable contempt for Reform and Conservative Jews made matters even worse.

The same cannot be said for this government. Bennett himself may be on the right or even far-right, but the coalition government he leads is not. It is broad-based and seeks to lower tensions in Israeli society. It wants rapprochement with Democrats and American Jews. Even on an issue as highly charged as the Biden administration’s attempts to revive the Iran nuclear agreement, the Bennett government will not repeat the alienating hijinks of Netanyahu’s opposition to the original agreement in 2015.

American Jews are about to be confronted with an Israeli government that has no plans to advance a two-state solution and is intent on legitimizing settlements. But it is also a government much more friendly and receptive to American Jews who remain emotionally attached to Israel. The Reform and Conservative Jews who were spurned by Netanyahu now have a genuine partner to advance important objectives, including at the Western Wall.

When it comes to major American Jewish groups, including liberal ones, the incentive structure favors accommodation. Leaders want to turn a new leaf and work with the new Israeli government, but younger progressive Jews more vocal in their anti-occupation views may not play along.

The extent to which American Jews were disenchanted with Israel v. Netanyahu will be revealed earlier than many thought — and we have Ben & Jerry’s to thank for that.

What was lost in the Ben & Jerry’s Israel meltdown