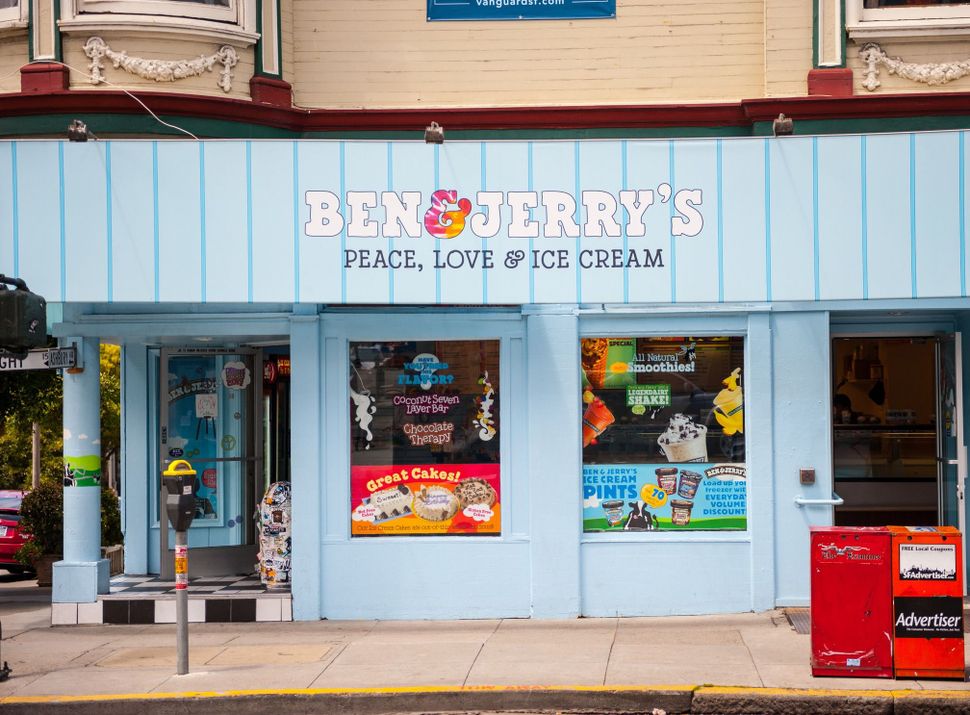 Ben and Jerry’s decision to stop selling their ice cream in the settlements caught the new Israeli government by surprise. After years of the Netanyahu-Trump quite effectively shelving the Palestinian issue and the (very welcomed) signing of normalization treaties between Israel and four Arab countries for the first time in over 25 years, the movement to boycott Israel seemed like a distant memory.

Some new Israeli government members have overreacted to the Ben and Jerry’s decision, from the move a “surrender to antisemitism” (it is not; Ben and Jerry’s are not banning Jews, but settlements that violate international law), to demanding US states to sanction Ben and Jerry’s based on anti-BDS legislation, as well as childish behaviors like ministers throwing a pint of ice cream into trash on Tik Tok.

Everyone needs to calm down. Israeli settlers will survive without their Cherry Garcia. Instead of getting distracted by the social media fervor, let’s keep our eye on what we can learn from this ice cream mishigas.

First, regardless of how every one of us feels about the BDS movement, a boycott is a non-violent form of resistance and that is better — much better — than the violent resistance that characterized the Palestinian national struggle for decades.

Don’t get me wrong: I am not a BDS supporter. I disagree with the movement for many reasons, mainly the fact they don’t recognize Israel’s right to exist, but also because those who support BDS often don’t seem to care much about finding common ground or solutions to the conflict. Further, the movement regularly fails to draw any distinction between Israel and the territories and would punish Israelis — settler or not— even those who, like myself, oppose the occupation.

But let’s at least acknowledge that non-violent resistance, even if we don’t like it (it wouldn’t be “resistance” if we liked it), is much better than rockets and terror.

Second, if Ben and Jerry’s wants to take the boycott route, it’s their choice. People are free to support or criticize the decision, but frankly, it won’t have a demonstrable impact on Israel. Settlers in the West Bank might not be able to find Chunky Monkey in their local supermarkets, but beyond that, BDS simply won’t really achieve its goal, despite quick wins here and there.

Israel’s economy and highly specialized exports makes it very difficult to effectively boycott, as Natan Sachs and I explained in a 2018 Brookings analysis. Detailed exports data show that Israeli produces and exports a large chunk of goods, about 40% of its export basket, that are “differentiated” (goods that are highly specialized). Israeli exports are also of very high quality. All this means israeli exports will always be in high demand. Moreover these goods, such as semiconductors or irrigation technology products made in Israel, are, simply put, difficult for consumers to boycott as they would be giving up products that they can’t easily substitute.

In contrast, the boycott over apartheid South Africa did work because most of the goods they exported in the 1990s were very substitutable — such as minerals, metals and agricultural products produced and exported by many other countries, too — and therefore easier to boycott.

But while it won’t change Israel’s economic situation in any significant way, this ice cream scandal can serve as a reality check to Israel and the world. Netanyahu is gone and there is a new Israeli government in place, but the occupation hasn’t gone away. It is still here, big time — and Ben and Jerry’s decision is a stark reminder that we can’t simply ignore it.

This new Israeli government represents a new hope for change on many fronts, but given its wide coalition, it unfortunately won’t be able to do much to advance Israel towards a two state solution (despite some good signs of renewed interactions between the Israeli and Palestinian governments).

And that’s too bad, because the two state solution is vanishing in front of our eyes. As we continue and deepen the occupation, we will have to deal with an increasing number of these BDS quick wins that, even if futile, reflect important shifts in public opinion against Israel’s policies with respect to the Palestinians in the United States and around the world.

The public animosity against Israel’s policies in the West Bank and Gaza will continue as long as there is an occupation. And as international politicians continue to mount public pressure against the status quo, it will become harder and harder for any Israeli government to maintain support from the international community without genuine effort to end the occupation.

I hope the new Israeli government, in the spirit of change, is able to undertake courageous actions that can tackle the big elephant in the room. Until then, ice cream is just a distraction.