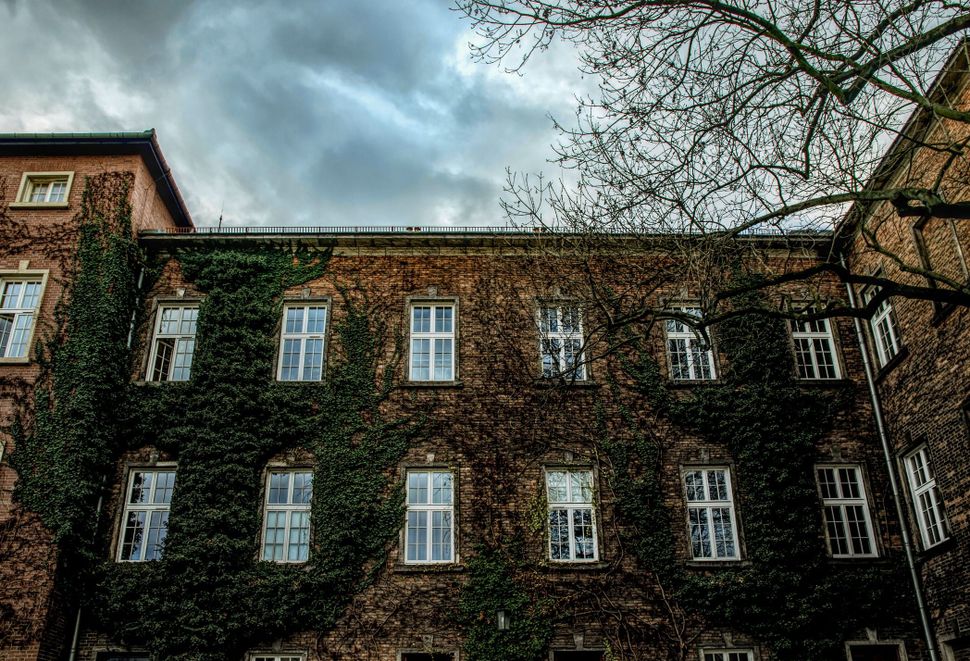 In many ways, I was an outsider at my elite boarding school: I was a Democrat, I was Jewish, and the wealth and conservatism of my peers were unlike anything I’d previously experienced.

Yet there was something else that separated me from my classmates, which I kept private: I was bisexual.

Our student handbook specifically prohibited all romantic relationships. The stated intention was to encourage students to form close friendships instead of pursuing romance or sex, but the policy led to public shaming and secret suffering, especially for LGBTQ students.

There was no Gay-Straight Alliance. There was no open support of any kind for queer students — and several I knew ended up having illicit affairs with their equally closeted teachers. A gay classmate was attacked with snowballs filled with rocks, the perpetrators fellow students disguised in balaclavas. Through my three years at the school, I kept my sexuality a secret, only coming out during a junior year abroad in France, safely thousands of miles away.

I graduated from this cloistered high school over a decade ago, but my experiences there of homophobia, misogyny and sexual harassment were all I could think about as I read about Yeshiva University’s treatment of female and queer students.

Last Wednesday, a female student-athlete accused a men’s basketball player of sexually assaulting her — and YU of bungling her complaint — in an anonymous op-ed for a student publication. Two days earlier, a judge dealt a setback to a discrimination lawsuit current and former LGBTQ students filed against the university. The plaintiffs allege that the university’s refusal to formalize an LGBTQ student club is discriminatory and a violation of its nonsectarian status.

On the face of it, Yeshiva University is a world away from my private prep school in Philadelphia’s Main Line suburbs. But the two conservative institutions suffer from the same cultural rot. As with any sort of pernicious mold and decay, its effects are wide ranging, and will require intention to correct.

Perpetuating a policy of “don’t ask don’t tell,” maintaining a narrowly traditional view of relationships and turning a blind eye to the reality of modern students will only lead to pain and suffering — not just for LGBTQ students and women, but for entire institutions.

YU’s current approach is not only antithetical to Jewish values, but carries serious negative consequences for all students.

While in high school, I was privately comfortable with my sexuality. However, when you don’t see anyone else on campus who you know shares your identity, it can be a profoundly isolating experience, especially for a teenager. There were annual suicide attempts on campus, the overwhelming majority of whom were LGBTQ students.

My school responded to these tragic incidents with silence. The students who had suffered were not mentioned, nor did they ever return to school after receiving treatment. We all inevitably would wonder about what happened to each person, and the whispered response was always the same: “I mean, they were gay.” My high school’s institutional silence after marginalized queer students tried to kill themselves sent a clear message: if you’re gay, your life matters less.

At YU, LGBTQ students have been trying for years to work with recalcitrant administrators. When they acquiesced to the university’s demand that any LGBTQ club name not contain the words “LGBTQ,” “queer,” or “gay,” it did not help. Molly Meisels, who graduated in December and is one of the plaintiffs in the lawsuit, said the club and its allies on campus had met for years with rabbis and other campus leadership figures, with no progress.

“To be queer in that environment is to be an outsider,” Meisels told the Forward in May. Another queer student recalled a YU counselor telling him there would be serious “repercussions” to coming out publicly.

Silencing a certain type of student is somehow seen as less harmful than facing the possibility that not every student at YU fits the administration’s ideal mold. This reminds me of my boarding school’s naive stance that its ban on relationships would lead adolescents to pursue only platonic friendships. My administrators hid behind the student handbook, just as YU administrators currently hide behind the guise of “Torah-guided decisions.”

When conformity to tradition is prioritized over sensitivity, it becomes easy to perceive those different from you as “other,” and therefore not worthy of respect.

The physical and spiritual environment at Yeshiva University is different from that of my high school, but reading the female student’s account of her assault, I also recognized a familiar — and gross — attitude toward women’s bodies.

“It’ll be fun,” the YU student who was assaulted recalled the basketball player repeating each time she said no. She described being “slut-shamed” and mocked by one of her assailant’s basketball teammates, and feeling that YU administrators and professors had been insensitive when she told them what happened.

At my high school, there was a crude “points system” rating the attractiveness of senior and junior boys on campus. Upperclassmen calculated their own scores based on their looks, athleticism and popularity — particularly with freshman girls. The game was “played” by female students, who tried to gain the most points by sexual conquest.

The students who participated in this game were by and large the ideal image of a student: varsity athletes, honor students, even the nebbish student body president. They were on the cover of promotional brochures for the boarding school, led tours for incoming students and were otherwise promoted as examples to aspire to, similar to YU’s successful men’s basketball team, which the alleged rapist plays for.

The administration ignored the exploitative points game at my high school as long as they possibly could, until some girls openly acknowledged participating in this open secret and were disciplined publicly. The male creators of the points system suffered zero consequences.

I am happy to report that my alma mater has evolved considerably since I was a student. There is now an LGBTQ alliance and a significantly more diverse student body. I was recently contacted by the administration’s new LGBTQIA Subcommittee, which was organizing focus groups of alumni to share their experiences as queer students.

But at any conservative institution, change comes slowly.

The “problem” of queer Orthodox people is not going to go away, even if the YU Pride Alliance loses its lawsuit at the summary judgment on Oct. 19, 2021.

I am no Torah scholar. But I know firsthand that YU’s current tactic of ignoring problems until they go away is cowardly and can cause harm to everyone at the university. Instead, YU ‘s recent scandals are a profound opportunity for teshuvah.

Y.U. has options. It is possible to both protect the most marginalized members of one’s community and to preserve the religious character of the institution. YU students and staff can have halachic debates in the beit midrash while also putting their energy into ensuring that every YU student feels safe and valued for who they are.

That, I am certain, is Torah-informed behavior.

Nora Berman is the Forward’s opinion fellow. Follow her on Twitter @ or email her at [email protected]