The Nazis used us during the 1936 Olympics. We cannot fall for the same propaganda tactics in China 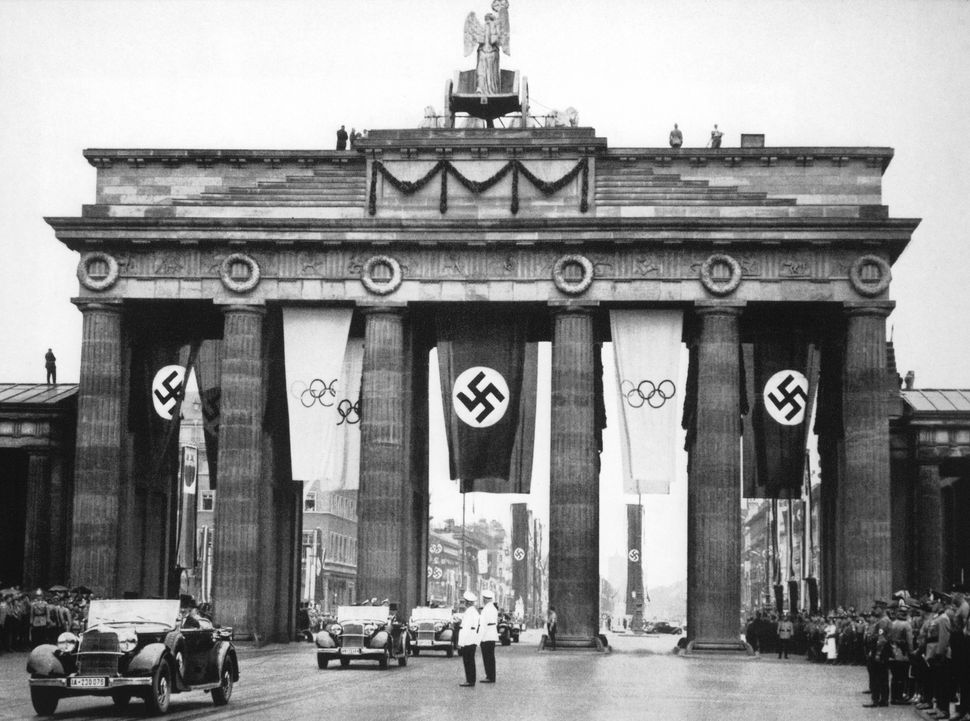 The 1936 Olympics in Nazi Germany. Nazi and Olympic flags are seen flying on the Brandenburg Gate. By Getty Images

In a recent telephone interview with Fox News, former President Donald Trump said he is opposed to a proposed boycott of the 2022 Olympics in China because it would “hurt the athletes.”

President Joe Biden and others have raised the idea of a potential boycott of the 2022 games to protest the Chinese government’s ongoing persecution of its Muslim Uyghur citizens and other human rights abuses, such as the oppression of Tibetans and the trampling of civil liberties in Hong Kong.

America has been through this debate before — in 1936, and again in 1980. The very different outcomes of those two earlier debates offer some useful lessons for our current controversy.

The Chinese regime is engaged in “ongoing genocide” against the Uyghurs, according to the State Department. A recent report by the United States Holocaust Memorial Museum found that “the Chinese government’s attacks on the Uyghur community are alarming in scale and severity” and constitute “crimes against humanity,” including “forced sterilization, sexual violence, enslavement, torture, forcible transfer, persecution, and imprisonment or other severe deprivation of physical liberty.”

From the Chinese perspective, the Olympic Games represent a prime public relations opportunity. They make the host country seem like an accepted part of the civilized international community.

But in reality, The Games were a triumph for the Nazis in the way that mattered most — improving the Hitler regime’s image abroad.

Foreigners will “have only the usual tourist contacts,” he wrote, and are likely to come away doubting the veracity of “the Jewish persecution which they have previously read in their home papers,” he predicted. The 2,000 translators hired by the Hitler government were also being trained at “parrying embarrassing questions and insinuating praise of National Socialism in their small talk,” Dodd wrote.

But he was right: The New York Times praised the German government for its “flawless hospitality.” A Los Angeles Times correspondent wrote that “Zeus, in his golden days, never witnessed a show as grand as this.” An editorial in that newspaper even predicted that the “spirit of the Olympiads” would “save the world from another purge of blood.”

Even President Roosevelt was taken in — or perhaps he was looking for a way to justify America’s participation. Meeting with American Jewish Congress leader Rabbi Stephen S. Wise shortly after the games, the president told Wise he had learned from two tourists who had attended the Olympics “that the synagogues are crowded and apparently there is nothing very wrong in the situation [of Germany’s Jews] at present.”

Rabbi Wise wrote later that he was horrified by FDR’s comment. Wise tried to “explain to him how grave conditions were….[I] told him of some recent happenings in Germany….Cited other examples of the ruthless and continuing oppression of the Jews. He listened carefully; but I could see that the tourists (whoever they were, the Lord bless them not) had made an impression upon him.”

In 1980, the U.S. government made a different calculation: the Carter administration boycotted the 1980 Moscow Olympics as a protest against the Soviet invasion and occupation of Afghanistan. In his interview, Trump claimed that this boycott “didn’t work.”

The Trump argument, apparently, is that since the boycott did not bring about a Soviet withdrawal, it was a failure. But that view misunderstands the purpose of the 1980 boycott.

President Carter obviously didn’t expect that his gesture alone would convince the Soviets to leave Afghanistan; it was a symbolic protest. A boycott of the Chinese games likewise would be symbolic.

But symbols are important. Such foreign policy gestures help shape international opinion and establish standards for how governments respond to crises around the world.

If the Biden administration does not undertake a substantial symbolic protest, such as a boycott, it would send a message to China’s leaders that their brutal human rights abuses are of no concern to the United States. That is a dangerous message to send.

The U.S. government looked away during the Holocaust, not to mention more recent genocides in Cambodia, Rwanda, and Darfur. America’s response to ethnic cleansing in the Balkans and mass atrocities in Syria was also too little, too late. It’s time for a new kind of U.S. response.

Dr. Medoff is founding director of The David S. Wyman Institute for Holocaust Studies and author of more than 20 books about Jewish history and the Holocaust.

The Nazis used us during the 1936 Olympics. We cannot fall for the same propaganda tactics in China