Is the Christmas tree a religious symbol? What about a menorah? 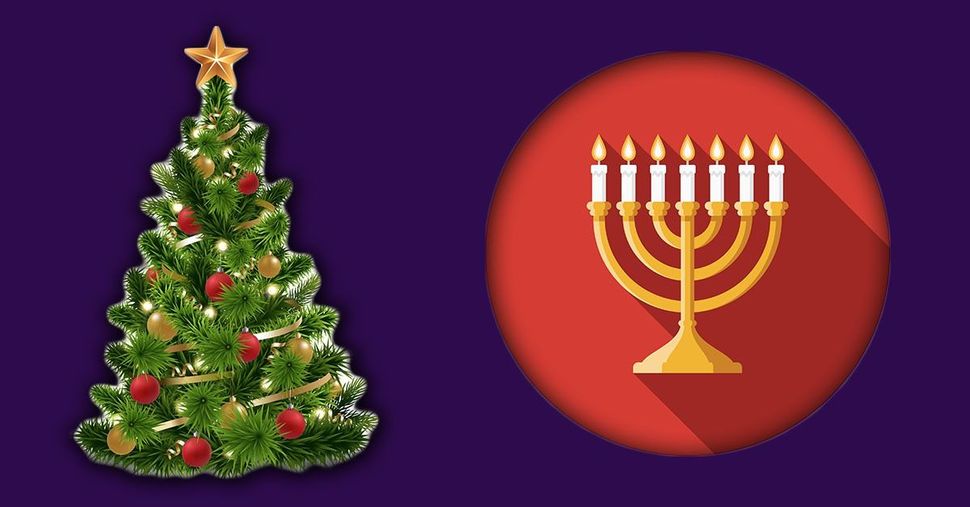 America in the midst of our holiday season — a time for family, rest and hotly contested litigation over religious displays on government property.

For this year’s installment, we have a “tree lighting event” hosted by the Parent Teacher Association of the Carmel River Elementary School, a public school in Northern California. The event is a pretty standard holiday affair and included decorating the tree on school grounds. What could go wrong?

A Jewish parent, with four kids enrolled in the school, reached out to see if the PTA could include a 6-foot inflatable menorah at the tree lighting event. The principal expressed support for incorporating a menorah into the event, but his next move landed him in court.

In a schoolwide email, the principal encouraged students “to decorate the tree with an item that reflects their family’s values, heritage and/or faith,” but to make sure that those decorations “fit inside a lunch, paper bag” — you know, for space reasons.

Not surprisingly, the Jewish parent was not satisfied. After all, not only is it hard to fit a menorah inside a lunch bag, but the idea of fashioning the menorah into a Christmas tree ornament undermined the entire purpose of her original request. She filed suit in federal court, arguing that this public school event violated the First Amendment’s Establishment Clause and its commitment to the separation of church and state.

The reality is that cases like this are relatively common, each with their own nuances based upon the underlying facts.

In order for a court to find a First Amendment violation, the government needs to be the one erecting the religious symbol or hosting the event, and the event or symbol needs to actually constitute a prohibited merging of church and state.

Figuring out when an event is actually being run by a government entity or a government official can be tricky enough. Governments sometimes rent out space on equal terms to anyone interested. In those cases, the religious symbol isn’t attributable to the state. But if officials provide space and then exercise control over the event, that starts to look very different.

But more fundamentally, what does a prohibited merging of church and state even mean or look like?

In a decision issued last week, a federal district court issued an opinion in favor of the school. The court did so not because it didn’t think the school was involved in the event. To the contrary, the court found that the principal and school superintendent exercised control over the event.

Did the district court get this one right?

Establishment Clause cases often function as a Rorschach test. But, at a minimum, there are good reasons to question the district court’s importation of a line from the Supreme Court’s 1989 opinion.

In that case, County of Allegheny v. ACLU, the Supreme Court addressed multiple religious displays erected in Pittsburgh. One of the displays, set in front of a local government building, included a 45-foot Christmas tree, an 18-foot menorah, and a “salute to liberty sign” with the mayor’s name on it.

A majority of the Supreme Court ultimately concluded that this display was constitutional. The Christmas tree, it concluded, was not a religious symbol. And the menorah was simply there as an expression of pluralism.

In sum, it was “a secular celebration of Christmas coupled with an acknowledgment of Hanukkah as a contemporaneous alternative tradition.” And for that reason, no citizen viewing the display would think that the government was endorsing one faith — or two faiths — over others. To do that — to endorse a particular religion or set of religions — was, at least at that time, viewed by the justices as a violation of the First Amendment.

In the wake of the Supreme Court’s opinion, lower courts tried to implement this sort of contextual interpretation of holiday displays to assess their constitutionality.

These have, no doubt, yielded some uneven results. Context is, very often, in the eye of the beholder. But recounting the facts of Allegheny County hopefully points to one serious difference between the current kerfuffle and the Supreme Court’s opinion back in 1989.

In the contemporary case, the Carmel River School sought to exclude, as opposed to include, the menorah in its display. So while some might not normally think of a Christmas tree as a religious symbol, that view might change when government officials prohibit the inclusion of a menorah by its side.

Under those circumstances, you might start to wonder whether the display has started to take on a more narrow religious meaning. And when the school proposes turning the menorah into an ornamental appendage of a Christmas tree, those concerns might — quite reasonably — grow stronger. In this way, the district court’s attempt to pluck a sentence from a 1989 Supreme Court opinion, drop into a present day dispute and then call it a day may not be the most thorough and thoughtful way to deal with the case before it.

That being said, times have changed. While in the 1980s the Supreme Court’s opinion focused on whether religious displays gave off the impression that government was endorsing one religion, more recent cases have intimated a bit of a doctrinal shift.

Indeed, the Supreme Court, on a number of occasions, has now indicated that it cares less about whether government conduct endorses religion, but whether its conduct coerces religion.

Defining the contours of each of these categories–endorsement and coercion–is deeply contested. But suffice it to say that this shift would make it increasingly less likely that the Court would find constitutional problems with religious displays on government property. In the main, such displays do not coerce anyone to do anything. They are mere displays, after all.

And yet, it’s hard not to end with the following relatively straightforward point. Notwithstanding all these contextual niceties and jurisprudential trends, it would be nice to think that — as we desperately seek ways to join together after so long apart — schools could find ways to make sure their students and their families all felt included in communal gatherings. After all we’ve been through, is it really so hard to make space for a 6 foot inflatable menorah?

Is the Christmas tree a religious symbol? What about a menorah?