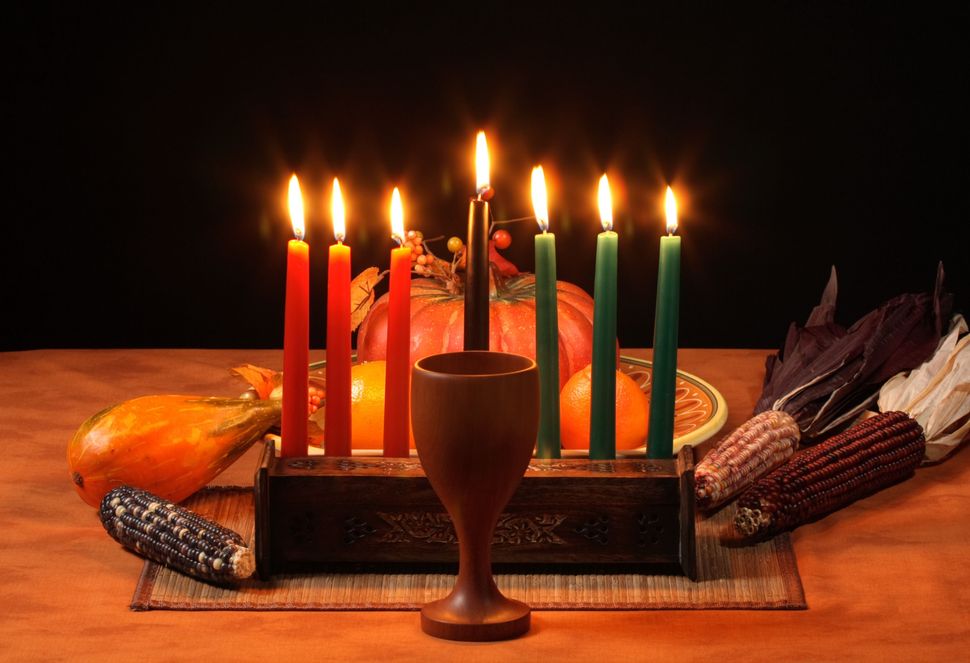 When Maulana Karenga created Kwanzaa in 1966, he borrowed the concept of a menorah — and according to some accounts, he physically altered one — to invent the seven-candle kinara.

A generation later, he gave something back to Judaism.

An uncompromising 1960s revolutionary turned university professor, Karenga was already a cultural icon, and his holiday creation had been fully embraced by mainstream America, when a tiny group of Jews visited him in Los Angeles in 1993. Or two of us, anyway; neither of us remembers if there was a third or who it may have been. But I do know that Michelle Stein-Evers, a co-founder with me of the Alliance of Black Jews, brought me to see him.

The occasion was a conference about Blacks and Jews being held elsewhere in LA, at the California Afro-American Museum. Its title was “Bridges and Boundaries: African Americans and American Jews.”

“I had a foot in each camp,” she recalled this week. “I was also the only female on the programming committee.”

For those reasons — being Black, Jewish and a woman — she said not all of the other committee members took her seriously.

“I would say things and one of the (non-Black) Jewish members would look at me like, ‘What do you know about anything Jewish?’” she said, despite her work at the time as a researcher in the Nazi hunting department of the Simon Wiesenthal Center.

Also at that time, relations between the Black and Jewish communities weren’t at their coziest, and the conference was viewed with suspicion. “Black academics didn’t want to do it, saying ‘The Jews are going to own it all,’” continued Stein-Evers, who now lives in Australia.

But Rick Moss, the Afro-American Museum’s director, did want it to succeed, as did Rabbi Abraham Cooper at the Wiesenthal Center. Moss suggested Stein-Evers visit Karenga to gird her against opposition.

As right-wing pundits and tweeters are fond of pointing out, Karenga was by then an ex-con, having served time in prison in the 1970s for felony assault, torture and false imprisonment during violent clashes between his US (for “United Slaves”) group and the Black Panthers.

By the 1990s, he had long before completed his sentence, as well as two PhDs, and was chair of the Africana Studies at California State University, Long Beach, a position he still holds. His US headquarters had been transformed into an Afrocentric cultural center. 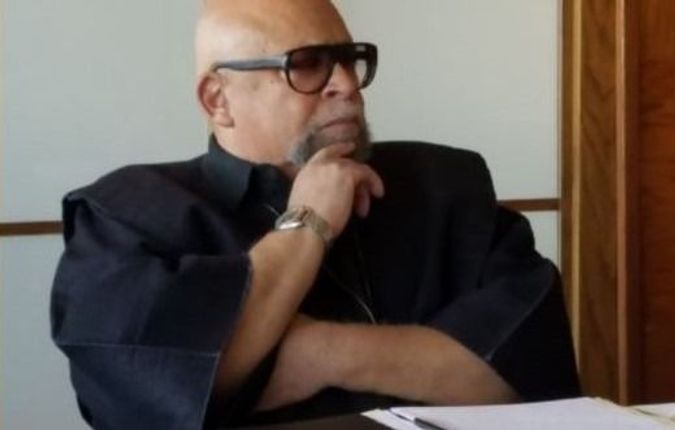 Still, Stein-Evers says she didn’t know what to expect.

“But then we started talking, and I asked about his name. I remembered him from the ’60s as Ron Karenga, dressed in black leather like Bobby Seale. Now, he was in flowing robes being introduced as The Maulana.

“I said, ‘Maulana isn’t a name, it’s a title, isn’t it?’ He laughed and said, ‘You’re right, but most people wouldn’t understand the difference and you’ve got to ease them into it’ – stretching out the word ‘ease.’ After that, I was in like Flint.”

So his gift to Jews? The Bridges and Boundaries conference also served as one of the first meetings of what would become the Alliance of Black Jews. Our third co-founder was Rabbi Capers Funnye, who said this week he wasn’t among the group Stein-Evers took to see The Maulana, as she was now calling him. 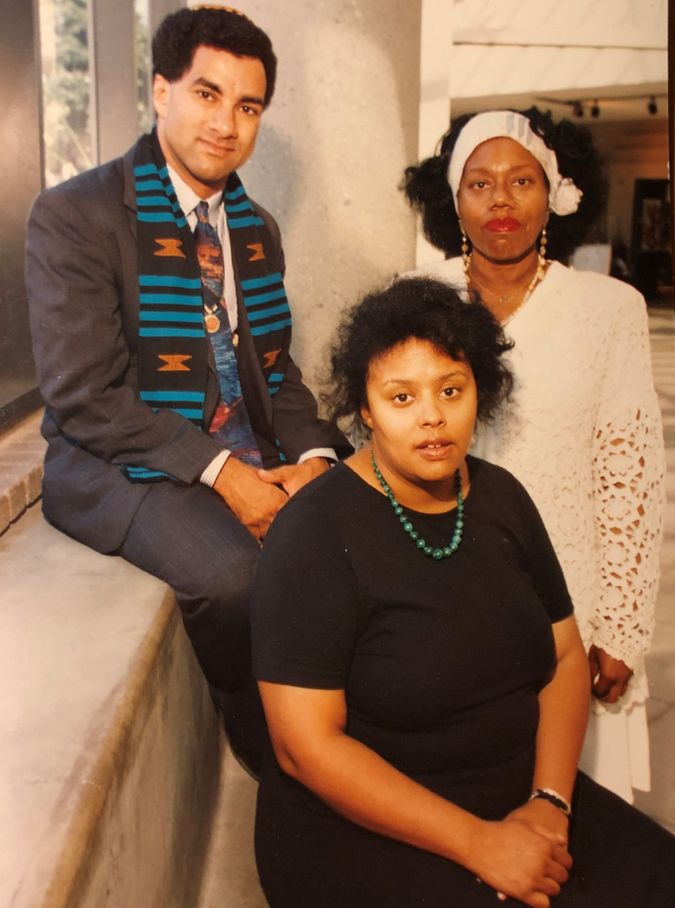 Robin Washington, Michelle Stein-Evers (black dress) and Yonah Hall (white dress) share a moment at the “Bridges and Boundaries: African Americans and American Jews” conference at the California Afro-American Museum in 1993. In a break from the conference, Stein-Evers and Washington met with Kwanzaa creator Maulana Karenga, who offered advice on their plans to start the Alliance of Black Jews. Courtesy of Robin Washington

But I remember the encounter, particularly the Egyptian columns (or maybe they were Nubian?), exchanging pleasantries and most of all being treated with respect — and not being told we were crazy. Stein-Evers put that in context, with a reminder that there were very vocal white Jews and Black non-Jews calling us imposters.

Karenga, though, offered unqualified support. “I remember him giving advice on how to organize the group so that we wouldn’t get into trouble. Get lawyers and stuff, so that nobody could come after you for not having your act together.”

We followed some of that advice, but not all of it, and indeed the Alliance stopped meeting after a few years. But it spawned numerous subsequent organizations of Jews of Color, reshaping the perception of American and world Jewry.

Among them are Jews who celebrate Kwanzaa, as Karenga notes in his annual message for the holiday: “Africans of all faiths can and do celebrate Kwanzaa: Black Christians, Muslims, Hebrews, Jews, Buddhists, Bahá’í and Hindus, as well as those who follow the ancient African spiritual and ethical traditions of Maat, Ifa, Ashanti, Dogon, etc.”

Including a pair – or was it three? – of Black Jews he met personally.

Robin Washington, an acclaimed veteran journalist based in Minnesota, is the Forward’s Editor-at-Large. A longtime senior editor, columnist, radio host and documentarian across mainstream and ethnic media, he was one of the founders of the Alliance of Black Jews and early pioneer of the term, “Jew of color” more than two decades ago. Contact him at rwashington@forward.com or follow him on Twitter @robinbirk.