How many Jews have to die for our allies to acknowledge the antisemitism Jews face? 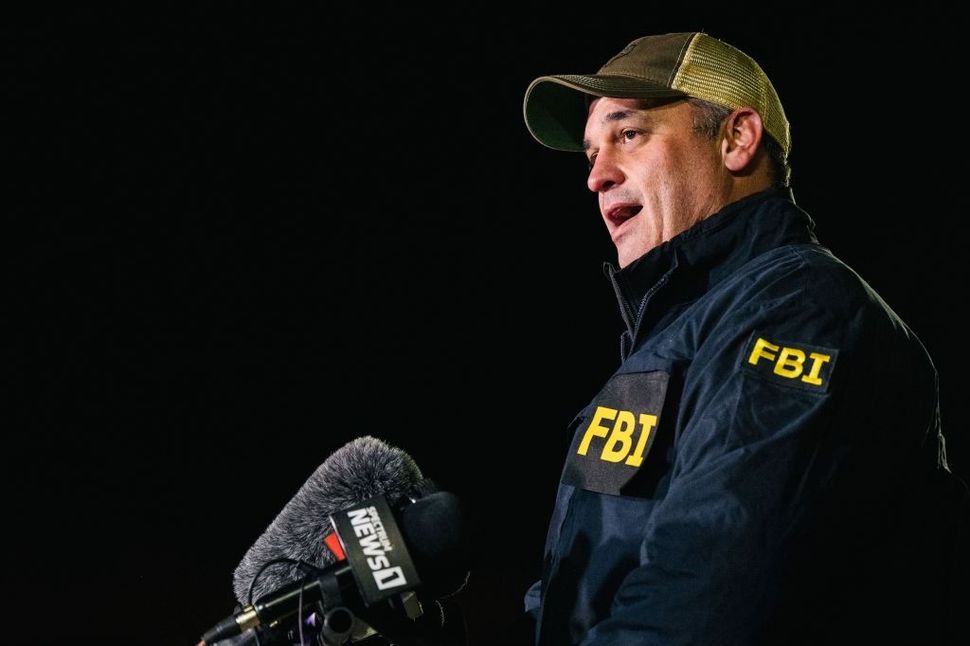 If the circumstances weren’t so terrifying, the mental gymnastics of the last few days could almost be considered comedic.

FBI Special Agent in Charge Matthew DeSarno described the nearly 11-hour hostage crisis that had unfolded at Congregation Beth Israel, a Reform synagogue in Colleyville, Tex. as “not specifically related to the Jewish community.”

Even President Joe Biden commented, “I don’t think there is sufficient information to know why he targeted that synagogue, why he insisted on the release of someone who’s been in prison for over 10 years, why he was using antisemitic and anti-Israel comments.”

Do we really need an investigation to call holding Jews hostage in their place of worship antisemitic?

Mercifully, none of the hostages were physically harmed, though it is clear that without previous safety training and the bravery of Rabbi Charlie Cytron-Walker that they could have lost their lives. It is also undeniable that Jews were targeted for a reason: the attacker thought Jews literally control the world.

I can’t help but think of Dara Horn’s book “People Love Dead Jews,” in which she argues that dead Jews are fetishized without allyship for living ones. Horn has written several novels dealing with Jewish history, and she notes that her readers show far more interest in the gory details of the concentration camps than anything having to do with living Jews. When she writes about her visits to Jewish heritage sites in countries that no longer have any living Jews, she realizes that previously, she “had mistaken the enormous public interest in past Jewish suffering for a sign of respect for living Jews.”

I wonder if a loss of life at Congregation Beth Israel would have made the media coverage any different. Would concerned non-Jewish friends have reached out? I don’t know how many thousands of times I have seen fellow progressives share “Punch a Nazi” memes on social media, and yet I can count the number of times I’ve received direct support after events like the Texas hostage crisis, or the Tree of Life massacre, on one hand.

The FBI has corrected its initial statement, and I truthfully am not interested in piling on to criticize Agent DeSarno for his initial comments, nor in parsing President Biden’s. However, the FBI statement unwittingly embodied a paradox that American Jews find themselves in: it’s not about us unless we’re dead.

As my colleague Rob Eshman articulated in an op-ed for the L.A. Times, the FBI spokesman’s initial statement was both right and wrong: “The Jews have nothing to do with Siddiqui, but in minds twisted by antisemitic hate, they have everything to do with her. Once again, Jews became the real-life victims based on utter fictions.”

Rabbi Cytron-Walker and fellow congregant and hostage Jeffrey R. Cohen have both detailed what they experienced of Akram’s vehement antisemitic and anti-Israel beliefs. The hostage-taker called Rabbi Angela Buchdahl of New York City’s Central Synagogue, because surely the “Central Synagogue” (it’s located in central Manhattan) runs world Jewry. This fact feels chillingly childlike, an antisemite’s attempt to find the world’s Jewiest Jew by running a hand through a phone book and lighting upon the word “Central” in the title.

What he “needed” was the freedom of Aafia Siddiqui, a terrorist currently serving 89 years in federal prison. Siddiqui was equally obsessed with conspiracy theories that Jews ran the world, even insisting that jurors in her trial submit to DNA testing to prove they weren’t Jewish. She wrote to then-President Barack Obama in 2009, insisting that Obama “Study the history of the Jews. They have always back-stabbed everyone who has taken pity on them and made the ‘fatal’ error of giving them shelter.”

I am interested in how the media conversation on this attack will continue to evolve in the coming days. The day after the hostage crisis, “60 Minutes” aired an episode about the recent Dutch police investigation of the betrayal of Anne Frank. I question the logic of devoting airtime to a beloved but deceased Jew not 24 hours after four Jews in Texas had barely escaped with their lives after being targeted in a Jewish house of worship. It’s far easier to eulogize a murdered Jewish girl than it is to actively engage with and expose antisemitic conspiracy theories that have extremely real consequences for living Jews.

Jewish activists have noted that lack of allyship in progressive spaces for Jews after antisemitic events occur, and the hostage crisis so far has proved to be no different.

How many Jews have to die for our allies to acknowledge the antisemitism Jews face?