Vertl, the Yiddish Wordle Image by The Forward

It should come as no surprise that for the past several weeks, there have been two Yiddish versions of the insanely popular word game “Wordle” available on the internet. In a twist on the old saw about a Jew on a desert island building two synagogues — one to pray in and one he’d never step into — it gave users one to play and one to never even consider looking at.

The two versions, like many of our breakaway synagogues, were not really so different, and the creators have now come together to make a better version and bring it into our Forward family. You can play “Vertl” (Yiddish for “little word”) [on our site right now](https://forward.com/yiddish-wordle/ and every day from now on, and I am just verklempt about it.

I mean, you can play if you know Yiddish. The rest of us are left to shep a little naches over the latest sign that the mamaloshn is alive and well and animating new generations of Jews (and non-Jews).

Either way, you’ll want to learn a bisl about the creators of our game: Jamie Conway, a 34-year-old mathematics PhD who “married into” Yiddish; Masha Leyfer, a University of Massachusetts student majoring in linguistics and sustainable community development, who heard her first Yiddish word — “bobe” — in 2018; and Gabrielle Taylor, a software developer who helped Masha with computer science homework when she was also at U. Mass., and had no background in Yiddish before this project.

“I’ve started trying to think, ‘Could I do this in Yiddish?’ about all my daily activities,” Masha said when I inquired about the game’s origin story. “If the answer is ‘no,’ that’s an opportunity to slither in and create something.”

When I asked our remarkable Yiddish editor, Rukhl Schaechter, to look into creating a Yiddish version of Wordle last month, the first person she turned to was Jamie, whose wife, Meena Viswanath — Rukhl’s niece — had developed the world’s only interactive Yiddish crossword puzzle for the Forward a few years back. 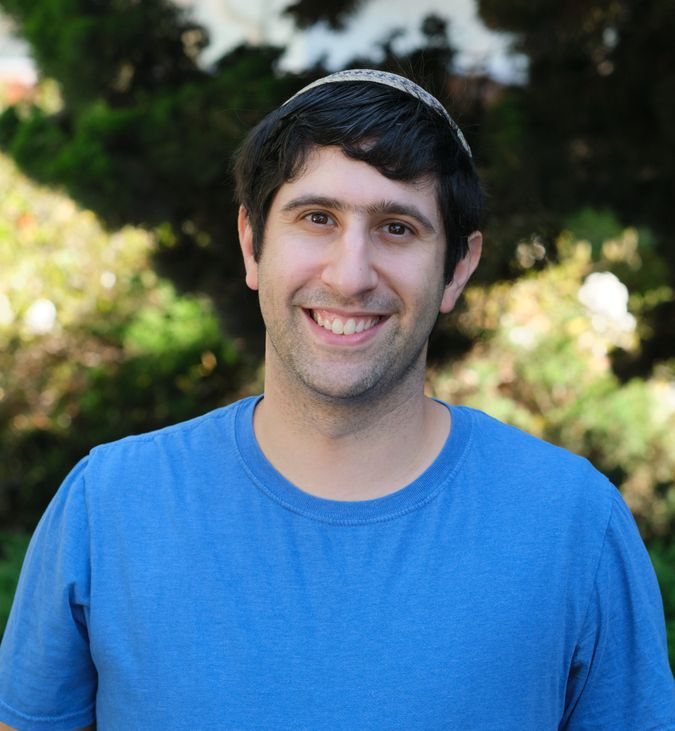 It turned out Jamie had debuted his Yiddish Wordle on his personal website a few days before, on Jan. 16.  He told me he had “put it together over a weekend” about 10 days after he joined the addicted masses playing the English game, doing “the bare minimum to get it to work from right to left.”

“I’m no programmer, so I could adapt someone else’s code but not code from scratch,” he explained. “The two big challenges were choosing what letters to use in the keyboard, and then on the other side, finding a list of words to use as a dictionary.”

Let’s slow that down a bit (and bear with me, it’s a bit confusing, especially if you don’t read the language). Yiddish uses the Hebrew alphabet, and, like Hebrew, has some letter variations based on vowel sounds — three different alephs, for example — and whether the letter appears at the end of the word (nun looks different from final nun, or nun sofit). Plus Yiddish has many words that include a double yud; should that count as one or two letters in Wordle’s five-letter grid?

Jamie’s original version — and Masha and Gabrielle’s — included these letter-variants on the keyboard, for a total of 35 keys. That can be helpful, because if you know which aleph you’re talking about it narrows down the possible words. But it also means you would have to try all three alephs before knowing for sure the word had no aleph — which could use up half the game’s six guesses.

And, if the “final” nun is distinct from the regular nun, and you guess a nun in the middle of a word that actually ends in one, the game would have no way of signaling that you’re close. So, for the Forward version, they eliminated the vowel-variants, the final letters and the double-yud, for a 22-character keyboard. (Lost? Trust me and keep reading.)

“Now you have to find all the five-letter words in the Yiddish language,” Jamie recounted. “There aren’t any super high-quality Yiddish word lists out there.”

He would know, having worked as “the technical person behind” the Comprehensive English-Yiddish Dictionary published in 2016 by Indiana University Press (“that was my mother-in-law’s project”). He started with a word list developed by Assaf Urieli for the Yiddish Book Center’s Optical Character Recognition book-digitization project, which has 99,978 words, 5,070 of them containing Wordle’s required five letters.

But, alas, that list includes many words Jamie could not find in any dictionary and is littered with  proper names. “Avraham is a great five-letter word” in Yiddish, he noted, “but it’s not a word you want in a game like this.” Instructions on how to play Vertl, the Yiddish Wordle Image by The Forward

“Vertl” is one of 476 (and counting) Wordle-variations in 119 languages, including Hebrew and Ladino, according to what Gabrielle thinks is the most comprehensive list out there.

The English games include “Chortle,” which displays the first line of a joke and works toward the punch line; “Absurdle,” which changes the solution as you guess to make it harder; “Pfeffel,” which lies about letter placements; “Biblicle,” using biblical words; “Taylordle,” an homage to Taylor Swift; “Lewdle,” which my 14-year-old son particularly appreciates; and, of course, “Jewdle.”

Many thousands of words have already been written about what makes Wordle so popular and addictive across generations (she says, as she takes a short break to post her result — five today, not stellar — to a group chat with her sisters, son, cousin and great-aunt). But I love the way our Vertl-makers — none of whom are particularly puzzle- or game-obsessed — put it.

“It’s the perfect level of difficulty,” Gabrielle said, “where it’s tough enough to stay interesting while easy enough that everyone can do it.”

Part of the secret sauce is that it only renews once a day. “The fads that come and go are the ones you binge on and will take over your day for like a week and then you’re done,” Jamie said. “The ones with sticking power are the ones that really don’t take up too much of your time, but become part of your routine.”

“It takes much longer to get your fix, and the anticipation builds up,” Masha added. And: “Because everyone is playing the same game at the same time, there’s a sense of being part of something communal that’s really enticing.”

In some ways, our Yiddish section has been our most innovative and experimental amid the Forward’s transformation to being a fully digital and platform-agnostic publication.

The first email I ever got from Rukhl, weeks before I started as editor-in-chief, came in response to an offhand mention I’d made about a possible future Jewish cooking show in a memo I shared with a staff about my vision for the Forward. “We already have a cooking show,” she exulted, referring to the “Eat in Good Health!” video series she had been making for years with Eve Jochnowitz.

Since early in the pandemic, Rukhl has been starring in another video series, “Yiddish Word of the Day,” which began on YouTube and Facebook and now is on TikTok, too. There’s that interactive crossword Jamie and Meena make. And, now, Vertl.

And that’s just here at the Forward. The flourishing of the Yiddish renaissance is real and well-documented, with the skyrocketing enrollment for YIVO classes and Duolingo’s tutorials, and in the 30,000 followers that 23-year-old Cameron Bernstein has amassed since she became the first person to post in the language on TikTok.

“I came to Yiddish very much with the belief that Yiddish was a dying language and that I would be participating in a revival,” said Masha, who took her first Yiddish class — from YIVO — after the onset of the pandemic. “But the idea of Yiddish as anything but a living, thriving language proved itself to be false very quickly.

“There’s much more out there in Yiddish than I had previously imagined,” she added, “but there also are gaps.”

Now, one more of them is filled.