Do the Madrigals from Disney’s ‘Encanto’ descend from Sephardic Jews? 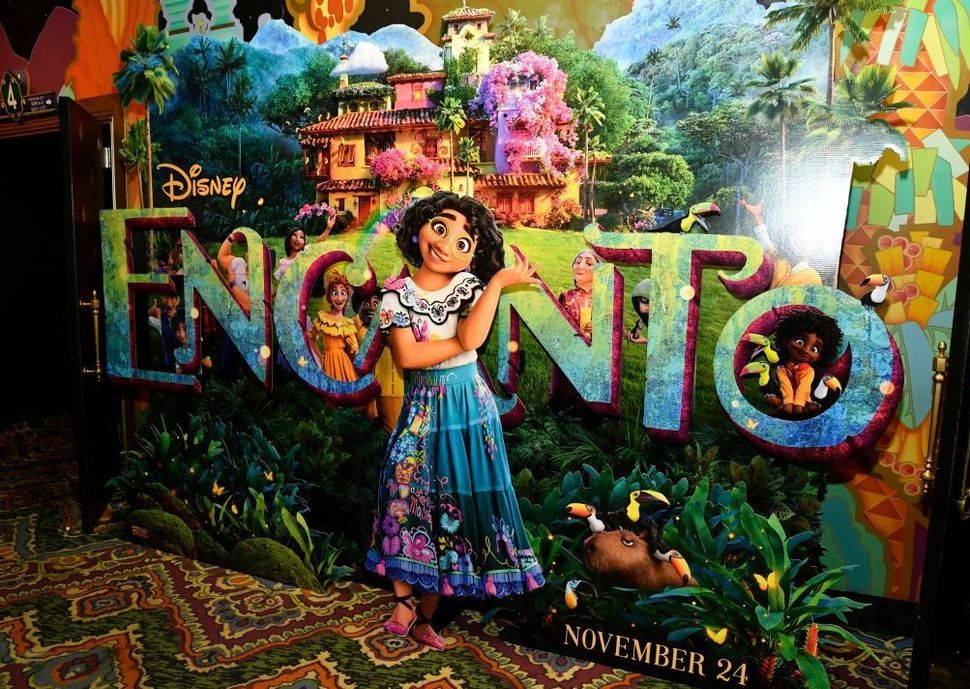 While I was watching “Encanto,” I wondered if its magical Madrigals, the family at the heart of the Oscar-nominated Disney animated film, were Jewish. They’re close-knit to the point of being smothering. They’re successful yet grappling with generations of pain. And their powers come from a candle that has miraculously burned for 50 years — kind of like an oil that lasted eight days.

But is “Encanto,” a visual and sonic homage to the Colombian experience, really about Jews? One now-private TikTok user recently presented evidence that the multitalented Madrigal family descend from conversos, or Spanish and Portuguese Jews who converted to Catholicism after persecution during the 14th and 15th centuries and the expulsion of Jews from Spain in 1492.

The TikTok user points out that the name “Madrigal” may come from Jewish communities of Spain and Portugal, according to the website Name Your Roots, which aims to help the descendants of Sephardic Jews embrace their heritage long after they fled across the globe to escape the Spanish Inquisition. A quarter of more than 6,500 Latin Americans in a 2018 study displayed traces of Sephardic Jewish ancestry.

Would the non-Jewish creators of “Encanto” have known about the Jewish origins of the name “Madrigal”? Lin-Manuel Miranda, who wrote the film’s soundtrack, was a member of a Jewish a cappella group called the Mazel Tones when he attended Wesleyan University. He considered making a musical out of “My Name Is Asher Lev” before settling on “Hamilton.” And he recently directed “Tick, Tick… Boom!”, an ode to Jewish composer Jonathan Larson.

The creators might have chosen the name just because it alliterates with Mirabel, the film’s protagonist. Also, “madrigal” is a musical term that refers to a song with multiple voice parts — which could describe how sounds and voices blend in the film.

In any case, there are about 5,000 practicing Jews in Colombia, according to The World Jewish Congress. And, as the Guardian reported in 2019, 26,000 Colombians claiming Sephardic ancestry applied for Spanish citizenship under a 2015 law attempting to right the wrongs of the Inquisition.

Regardless of whether the Madrigals could — like Rep. Alexandria Ocasio-Cortez (D-N.Y.) — also claim Sephardic ancestry, the film’s depiction of intergenerational trauma resonates with Jews (and really, everyone).

Abuela Alma Madrigal miraculously received her magic-giving candle after soldiers killed her husband and forced her and her fellow villagers to flee their homes, presumably during the Thousand Days’ War, a civil war fought in Colombia from 1899 to 1902.

Fifty years later, every child in the family has received a magical gift on their fifth birthday — except for 15-year-old Mirabel, who learns that her family is losing their magic and sets out to uncover what is happening. She learns that their candle is flickering, and that their enchanted home, Casita, is cracking, because of family pressures.

We Jews can surely relate to how pain is passed l’dor v’dor, from generation to generation. Millennia of displacement and persecution have wired us to be stereotypically obsessive and neurotic. And research shows that the children of Holocaust survivors carry their parents’ trauma in their bodies.

Many Jews feel pressured to overachieve as a means of compensating for the horrors their forebears endured.

Similarly, Luisa Madrigal, endowed with superhuman strength, feels so pressured to serve her family and village that she can’t be happy. In the song “Surface Pressure,” she asks, “If I could shake the crushing weight of expectations, would that free some room up for joy?”

Her sister Mirabel, the film’s heroine, is made to feel like she is letting the family down because she doesn’t have a discernible gift. She seeks to save her family and break the cycle of trauma. And by the end of the movie, Alma apologizes to her: “I was given a miracle, a second chance, but I was so afraid to lose it that I lost sight of what our miracle was for.”

Alma’s fear speaks to the precarity of American Jewish life. We’ve built places of power and safety (like Casita) and, in many ways, become part of the establishment, yet we carry the impact of antisemitism in our minds and bodies. And our synagogues face the real threat of white supremacist violence and conspiracy theories that Jews control the world.

No, the Madrigals do not seem to face ongoing persecution; they are instead loved by the village they serve with their gifts. But, even though our metaphorical Casita may have cracks, “Encanto” gives us hope for healing and for a future where the candle keeps burning.

Do the Madrigals from Disney’s ‘Encanto’ descend from Sephardic Jews?