‘The needs are so intense’: United Hatzalah medic speaks from Moldovan border 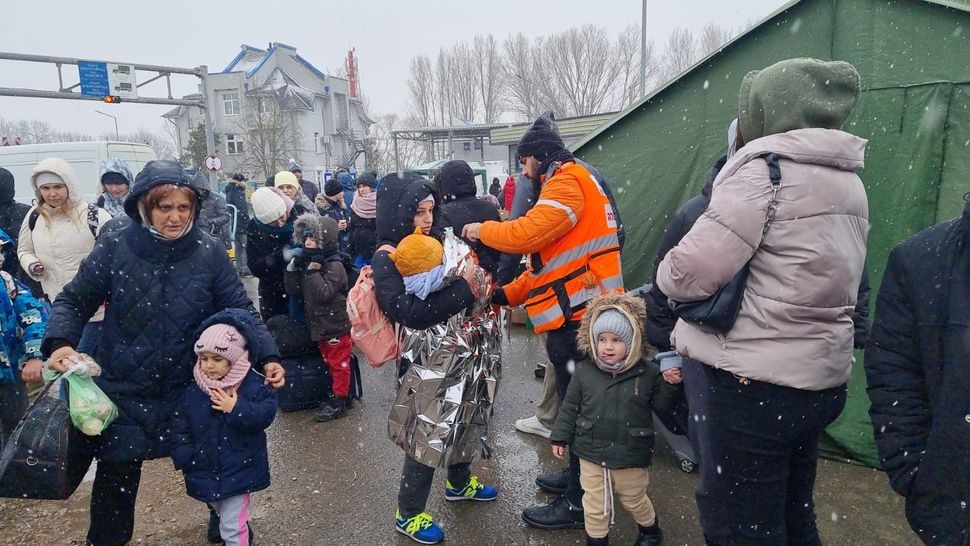 Linor Attias is a volunteer United Hatzalah medic and an emergency management specialist at the Israeli Ministry of Justice. She spoke by phone from Moldova’s border with Ukraine on Tuesday with our Nora Berman.

At 3 a.m. on Tuesday, a bus full of refugees arrived. Everyone is working constantly — I rose at 3 to welcome the bus, and then was up again working by 6:30.

It’s currently snowing here on the Moldovan-Ukrainian border, and the refugees we are seeing have been walking by foot for days to reach us, or waited for hours in lines for trains. Severe hypothermia is rampant. We are treating half-frozen pregnant women who tell us they can no longer feel their baby’s movement, or hear the fetus’ heartbeat.

Our team of 15 medics arrived on Sunday in Kishinev, 36 miles from the border, to help refugees fleeing Ukraine. We deliberately chose to go to Moldova instead of Poland, as Moldova is one of the poorest countries in Europe and does not have a lot of experience with emergency humanitarian crises of this nature. We went where we were needed the most. 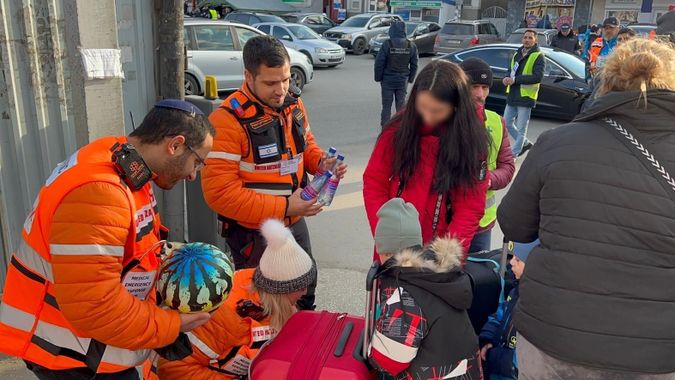 Our volunteers, comprised of 12 Israelis and three Americans, were specifically selected for this particular mission based on their medical and psychological expertise, as well as their language proficiency in Russian and Ukrainian. We have split our team in half: one group left for the northern border near the Ukrainian village of Mogilov, and the other half to the southern border Palnaka, close to Odessa.

Our base of operations is the second floor of a synagogue in Kishinev, and we are working with the Moldovan authorities to open public spaces for shelter. There is not enough room for refugees at the border, and city officials are opening university campuses, schools and any public facilities that can shelter Ukrainians.

My team and I have had 48 hours to prepare a medical tent and psychological processing sites, in advance of an additional 30 Hatzalah medical volunteers that are en route from Israel. We have recruited volunteers from the local community, as well as refugees themselves. I currently have six Ukrainian medical students in their fourth and fifth years of study who are assisting us, only a few hours and days after they have escaped the bombardment. 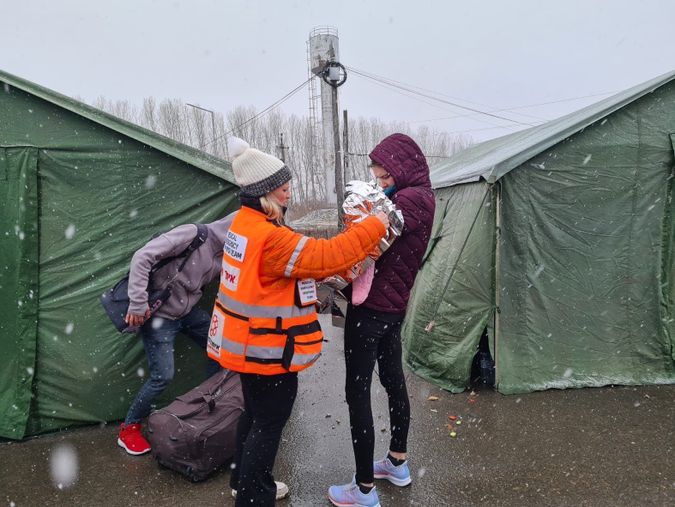 Large shipping containers are coming from Israel filled with food like fish and chicken, water, hygiene products such as diapers and toothbrushes, medical supplies, along with clothes and sleeping bags. There are so many needs and the list is so long.

United Hatzalah is directly helping more than 1,500 refugees a day at our medical facilities, and providing food and water to thousands more at the border. The vast majority of Ukrainians fleeing are women, children and grandmothers, as men ages 18 to 60 are not permitted to leave the country.

People are coming with nothing. I can’t emphasize enough how unprepared the civilian population was for an attack like this. They fled their homes with no clothes, blankets or food, expecting a journey of several hours which instead became a week.

No grocery stores were open along their journey, and the refugees we are seeing are very, very hungry. Some have not eaten in four or five days.

Thankfully, we have had no heart attacks yet, but heart problems are the second most common medical issue we are dealing with. There are many grandmothers here who need heart medication, and several are hooked up to EKG’s for observation, complaining of chest pain. 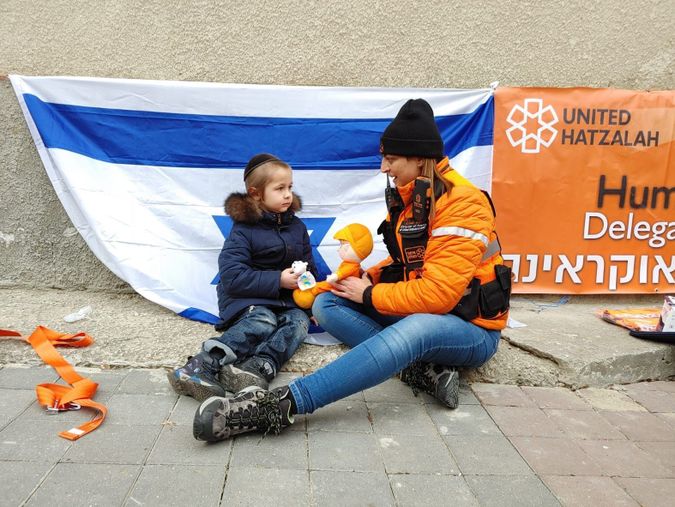 The author playing with Shmulik, a six-year-old Ukrainian refugee, in Kishinev, Mar. 1, 2022. Courtesy of Raphael Poch

The psychological aspect of this war is the most difficult to deal with. This morning, I sat with a 16-year-old girl who had fled from Kyiv. She was suffering a panic attack, and her heart rate was alarmingly high — this is trauma. I sat with her, and began asking simple questions in chronological order:

“Where are you from?” “What happened?” “What day did you leave Kyiv?” “How did you manage to get out?”

My goal was to try and calm her so that her thoughts become more organized. “The danger is behind you,” I told her. “You are safe. We are taking care of you. You’re not alone.” I urged her to think logically, to not return in her mind over and over to the missile attacks she witnessed and survived on the road.

I’m teaching her the tools to cope with her trauma, as I am certain she will suffer a panic attack again tomorrow, and the day after. They will be a part of her future for a long time.

It doesn’t seem like anyone is planning for the day after, the weeks after, this Russian invasion. These refugees were so deeply unprepared for this type of aggression. They thought they would be gone for one or two days, and this is just not the truth. We have to prepare for the long term how we will care for the refugees of Ukraine.

I hope that people will support us in our work. We are the only humanitarian mission present on the ground here on the Moldovan border, and the needs are so intense.

‘The needs are so intense’: United Hatzalah medic speaks from Moldovan border