I’m an American Jew who was born in Russia. Will my community demonize me? 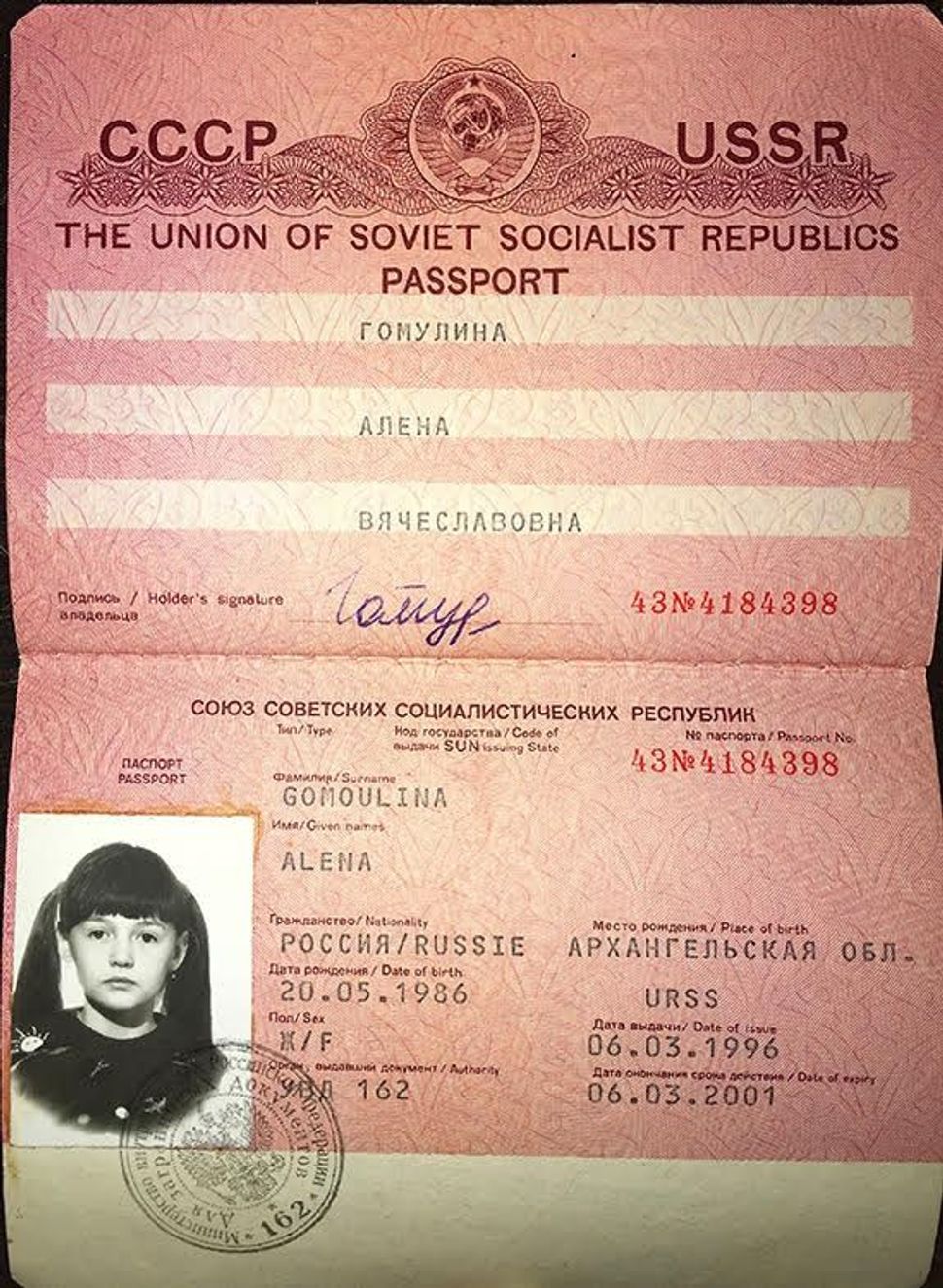 The author’s former passport from the USSR. Courtesy of Alena Akselrod

“If anyone asks, you’re not Russian. You’re Moldovan.” That’s what my mother-in-law advised me a few days ago, as the world reacted with justified horror to the Russian military invading Ukraine.

She wants to protect me. Originally from Moldova herself (as is my husband), she’s relieved to be able to tell people truthfully that she’s not from Russia. She wants me to bend the truth by a thousand miles or so and use her line of defense, too. 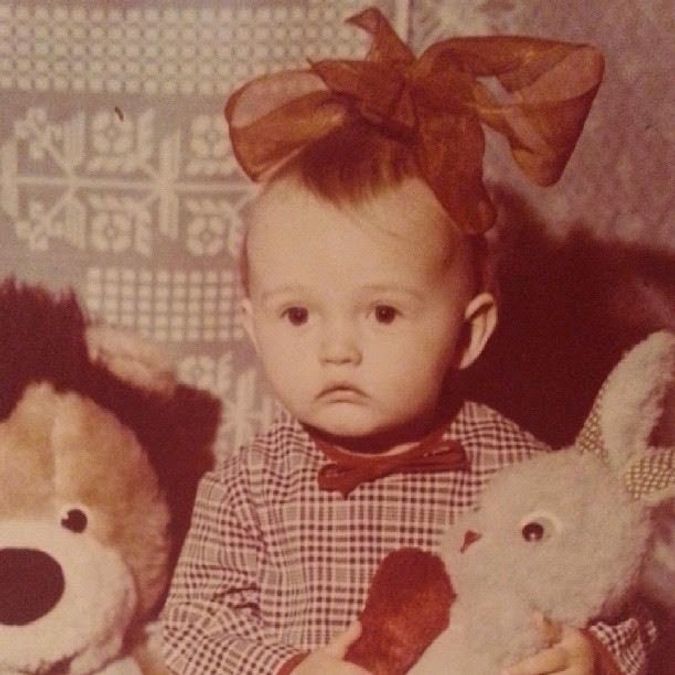 The author as a baby in Arkhangelsk, 1987 Courtesy of Alena Akselrod

I’m not the only Russian-speaking American Jew feeling besieged this month. Russian speakers everywhere are facing rising hostility in our businesses, schools and neighborhoods. Even beyond what we’re seeing directly, we’re wondering what’s beneath the surface, left unsaid.

No one in the Russian-speaking diaspora deserves hostility, but for those of us who are Jewish, there is an extra layer of irony in being vilified for the actions of the Russian government. We left Russia and its neighboring countries for a reason. At least 700,000 people immigrated from the Former Soviet Union, and estimates peg the number of Russian-speaking Jews as between 6%-12% of the American Jewish community. We are immigrants from not just Russia but many countries in the FSU, or the children of those immigrants. 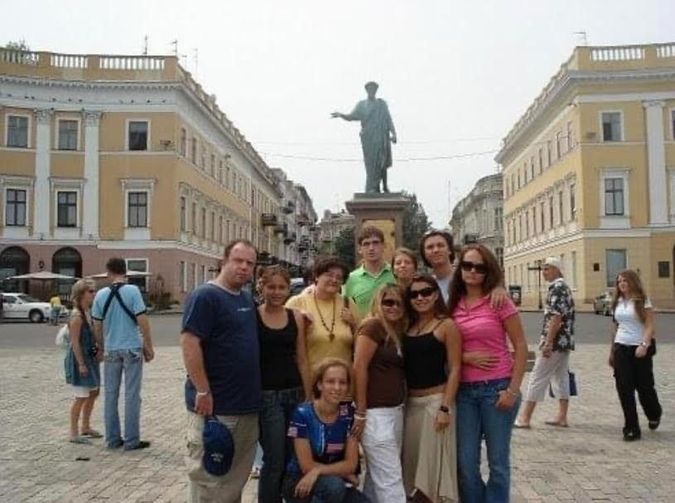 The author poses with family in front of the Duc de Richelieu Monument in Odessa, September 2006. Courtesy of Alena Akselrod

Last week, when the war had already begun, I had coffee with an old friend who was born in Ukraine; my birthplace was waging war on his homeland. Something he said that day is haunting me: “Our community is facing an identity crisis of monumental proportions.”

Our community. He is from Ukraine and I am from Russia, but we—Russian-speaking Jews in North America—we are one community, forged of shared trauma. Ukrainian, Russian, Moldovan, Belorussian, Lithuanian, Latvian—we left those places in the FSU because we are Jews. We have always shared the Russian language, the trauma of being Jewish in the FSU and the hope that America would be the place where we can build a life without antisemitism and oppression. Two weeks ago, the fact of our place of birth did not matter to our lives in America. Today it feels like kindling thrown on a fire.

Recently, Babyn Yar was hit by Russian missiles. A decade ago, I stood in front of those memorials with a group of Jewish teens. How will the meaning of that place change when this war is over? What will being Russian or Ukrainian or Russian-speaking feel like in a post-war world? Will the place of birth written on my US passport become a liability? 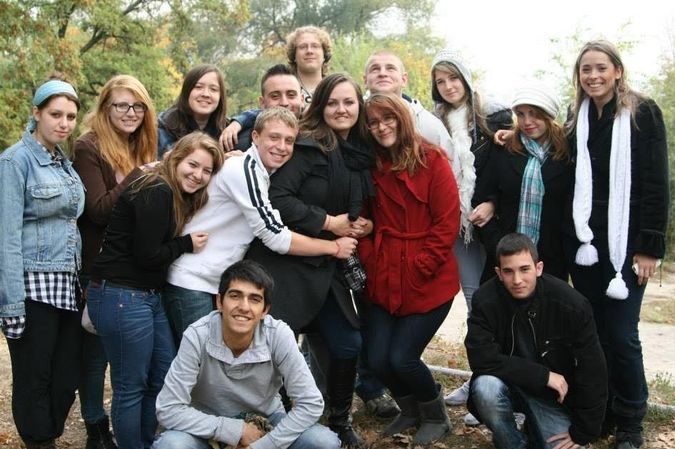 The author center, with a group of teenagers she took on a trip to Babyn Yar, October 2011. Courtesy of Alena Akselrod

Growing up I was a regular at my JCC in South Brooklyn, where we spoke a lot about Jewish peoplehood and Jewish identity. There was a distinct comfort in sitting together and holding our triple identity in a space where we were not othered. We were Russian-speaking, we were Jewish and we were American. Our stories were intertwined. Odessa, Baku, Moscow, Minsk, Tashkent, St. Petersburg, Dnipropetrovsk and many other cities were all part of my story even though I wasn’t from any of these places. Being part of the Russian-speaking Jewish community in America is more than just where you came from. For me, it was our entire immigration experience: finding my place in a new world with a new language, discovering my Jewish identity in my teens and dedicating my life to being a Jewish communal professional.

The Jewish community is centrally important to me. Will I, and the approximately 10% of that community that speaks Russian, be treated as if we are important to it? Will Jewish organizations and leaders stand up to proactively and explicitly make sure that support for Ukraine doesn’t turn into demonization of Russian people or Russian speakers everywhere? We know we belong here, and belonging entails solidarity; will Jewish institutions treat us as if we truly belong?

In the ashes and carnage of this war, I am lucky enough to be far from the physical fighting, and I pray for the safety of everyone who isn’t so lucky. But for me, my biggest fear is that my son will grow up in world where his mother’s homeland is vilified even more than it has been by Hollywood—a world where many people, including in the Jewish community, distrust him for speaking Russian, or where they don’t want him to be proud of who he is and his family’s history. This war is hurting the world deeply, and its ripple effects are reaching the farthest corners of this planet.

Reader, please do not look at your Russian neighbors, fellow congregants at synagogue, or coworkers with ill intent. Do not allow your children to mistreat their Russian schoolmates. The bullying in schools and the boycotting of Russian businesses in America is only hurting those who escaped from the place that you’re now blaming them for representing. The babushka selling her piroshki is not Putin’s pawn. She’s here because of the insufferable pain she and her family went through at the hands of the same country the world is rooting against right now.

And Jewish leaders, please remember: more than a tenth of your community needs your support right now. Yes, support the Jews and others still in Ukraine—Slava Ukraini! Yes, support Ukrainian-American Jews, but also speak up for other Russian-speaking Jews like me all over the world who are wondering: Will our community be there for us?

I’m an American Jew who was born in Russia. Will my community demonize me?