Israel set our daughter’s murderer free. We’re on a quest to hold her accountable 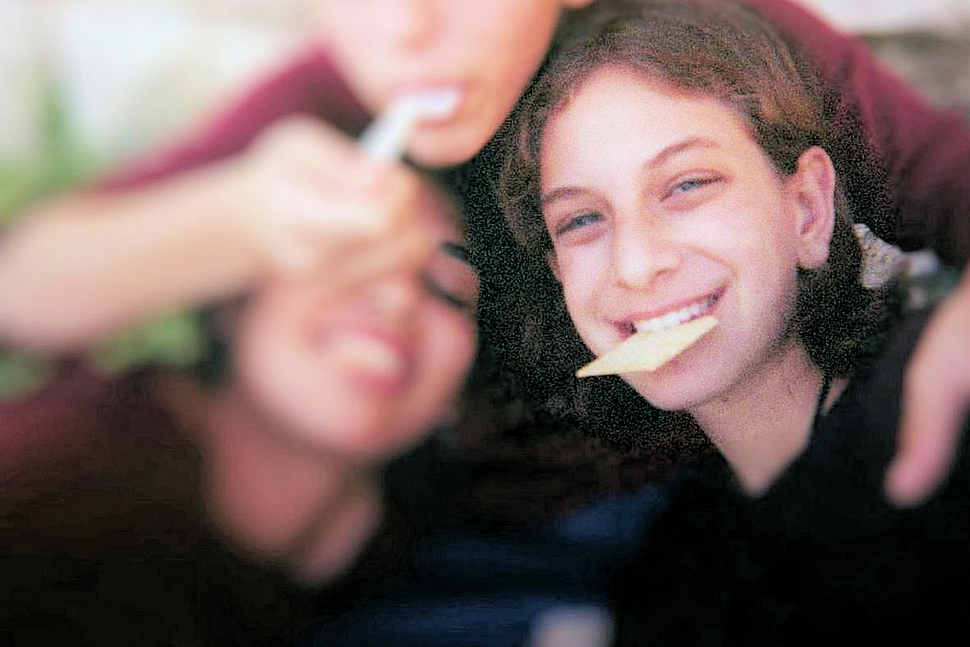 The author’s daughter Malki (R) in 2001. Later that year, Malki was killed at age 15 in the bombing of a Sbarro pizzeria in Jerusalem, on Aug. 9, 2001. Courtesy of Arnold Roth

In an apartment some 65 miles from our Jerusalem home lives a woman who has impacted our lives profoundly. My wife Frimet and I have spent years trying to get her imprisoned for the rest of her life.

On March 14, 2017, five years ago today, the Department of Justice in Washington charged Ahlam Aref Ahmad Al-Tamimi with “conspiring to use a weapon of mass destruction against U.S. nationals outside the U.S., resulting in death.”

Her weapon of mass destruction was a human: a man with an explosives-and-shrapnel-filled guitar-case on his back, who detonated the bomb in a Sbarro pizzeria in Jerusalem on Aug. 9. 2001. Tamimi, who called the massacre that killed 15, including seven children, “my operation” in one of her many triumphant social posts, selected the site, brought the bomb to its door, instructed the man when and how to explode, and fled to safety.

Later in Ramallah, she presented the evening TV news at a Palestinian station. We weren’t watching.

That horrible time, hard to remember now in detail, was spent in frantic pursuit of leads, phoning hospitals, deep in desperate prayer — trying to get a handle on whatever was left of our normal existence.

In the small hours of the next day, our two older sons called from Israel’s national forensic lab in Jaffa. I took the call with trembling hands and heard them say they had found their sister.

We buried our smiley, talented, much-loved Malki, 15, the next afternoon.

Tamimi descended into Israel’s military courts system and then prison in the weeks and years that followed. No one from the government ever contacted us; we knew what the Israeli public knew; our sources were the same as everyone else’s.

Then something incomprehensible: Israel made a deal in October 2011 to get back Gilad Shalit, a soldier held for ransom by Hamas. The price: freeing 1,027 convicted terrorists, most of them killers.

With no one from our government informing or asking what we might think, Tamimi’s sixteen terms of life imprisonment ended just like that. Eight years after being sentenced, she was free.

The awful reality became unbearable a couple of months after Tamimi settled back in Jordan where she was born and educated: she was given a shiny new weekly television show of her own, produced in Jordan by Hamas’ local chapter and aimed at inciting Arabic-speaking global audiences. It became a hit that ran for five years.

I went to Washington, armed with a video of Frimet begging for their help, to persuade the Department of Justice that criminal charges — mentioned above — should be brought against the Sbarro mastermind. No case of Palestinian Arab terror leading to the murder of Americans in Israel had been prosecuted by the federal government before, though the law enabling this had existed for years. 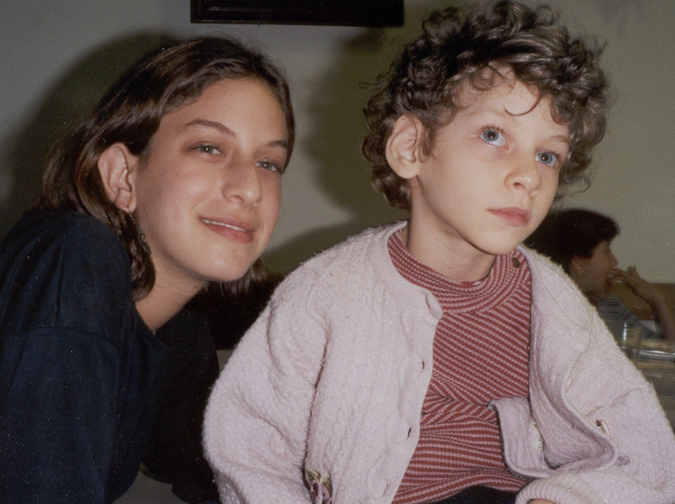 The author’s daughter Malki (L) with her younger sister Haya in 2001. Courtesy of Arnold Roth

My impassioned appeal to a roomful of prosecutors, investigators and FBI agents happened in February 2012. No one told us when a federal judge signed the criminal complaint July 15, 2013 or when U.S. diplomats were negotiating with Jordan to extradite her. We had no inkling the charges existed.

These things we learned in a March 14, 2017 private meeting with DOJ representatives in Jerusalem. They gave us advance notice of the charges being unveiled that night, of Tamimi being designated an FBI Most Wanted, of an arrest order and extradition request delivered to the Hashemite Kingdom.

We envisaged a road ahead leading to trial and imprisonment. In less than a week, we learned how naive we were.

The five years that ensued have been hard. The DOJ people making the Tamimi announcement in Washington were a picture of righteous determination. And they all became unreachable.

There were no forceful American responses at all when Jordan’s highest court ruled that same week that the 1995 Clinton/King Hussein Extradition Treaty was invalid because it hadn’t been adequately ratified. (Last year via a Freedom of Information suit, we obtained documentary proof that the Jordanians are concealing the truth.)

Since then, the U.S. has stated formally — very quietly — that the treaty actually is valid. But we noticed no public call was made on Jordan then, or since, to hand her over to U.S. law enforcement whether under the treaty or, given Jordan’s dependence on U.S. support, independent of it.

Jordan’s king, whose father signed the treaty and eloquently warned against those who would dare to undermine it in years to come, has been an honored guest of the Trump and Biden administrations over and again. Jordan is today the third-largest recipient of massive U.S. foreign aid; this week the agreement ensuring the aid continues was renewed.

Tamimi meanwhile remains free in Amman, never in hiding for even a day.

It’s not only Washington that’s lost its voice. With a couple of exceptions, America’s major Jewish organizations have failed to urge the U.S. to enforce its own criminal code or its own treaty to bring Tamimi to justice.

Through writing, blogging, speaking via video conference wherever we are invited, we keep the campaign alive. But to a stunning degree, the mainstream news industry suppresses the Jordan/Tamimi issue. More than 20,000 signatures on our petition urge the Secretary of State to insist the admitted bomber is brought to U.S. justice but if we stop pushing, it’s clear Tamimi stays free.

To my knowledge, No U.S. official has pushed back. It’s worse: if they listen, it’s to express sympathy for our loss; then they stop taking our calls and answering our emails.

But if you see justice as a supreme value, it’s hard not to feel betrayed.

Israel set our daughter’s murderer free. We’re on a quest to hold her accountable