Why I add a pomegranate to my Passover Seder 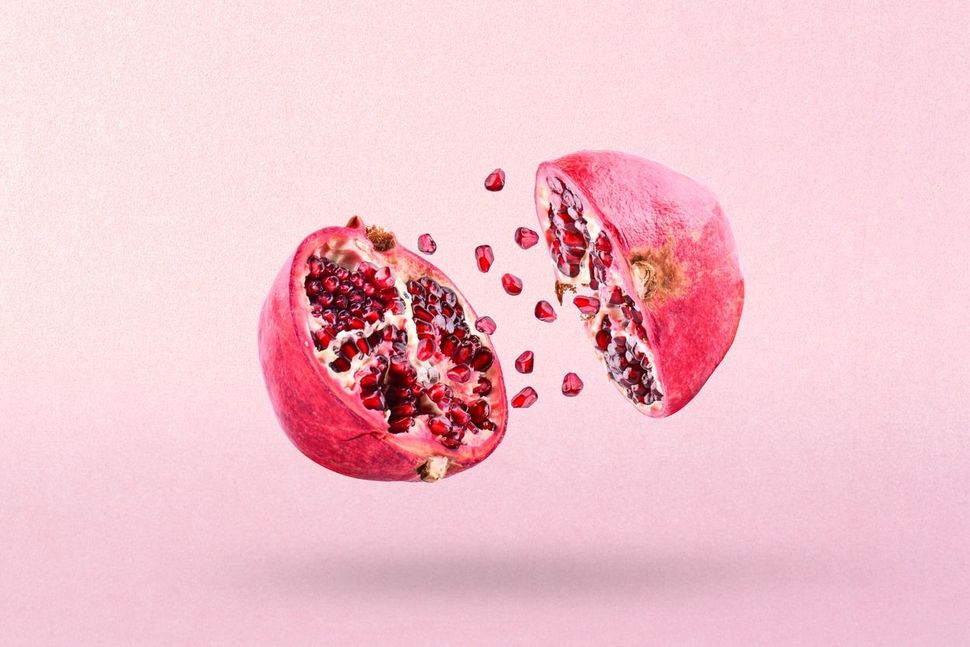 A pomegranate bursting forth By iStock

For the past few years, I have been adding a split open pomegranate to my Seder plate.

In addition to the traditional six items on the plate, plus an orange as a symbol of LGBTQIA+ inclusion and, this year, sunflowers in honor of Ukraine’s fight for freedom, the pomegranate symbolizes something both personal and meaningful to me.

In the Song of Songs, traditionally recited after the Seder, pomegranate, nuts and grapes are often used as symbols of spring. Grapes and nuts have a place in traditional Pesach traditions, including the four cups of wine that we drink and in the haroset mixture that we eat.

Personally though, the pomegranate also celebrates something more: that choosing to leave home and go our own way is not just OK, but something to be celebrated. 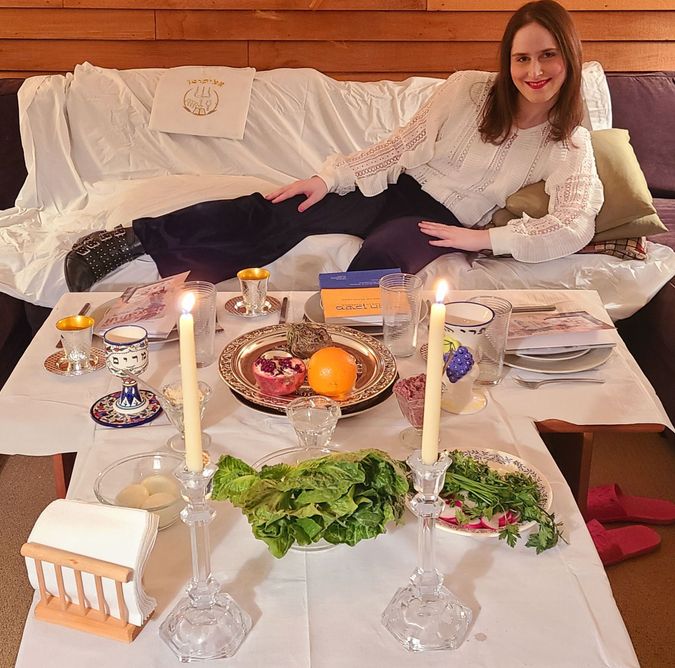 Abby Stein reclines next to her Shabbat candles and Passover seder plate, which holds an orange and a pomegranate. Courtesy of Abby Stein

The Talmud in tractate Chagigah uses the pomegranate as a metaphor for “sinners of the Jewish people,” a term often thrown at us formerly ultra-Orthodox Jews who have chosen a different path.

The Talmud equates these sinners to pomegranates that have been split open, referring to us as “empty, worthless people.”

But I do not think we are sinners.

I do not think we are the “empty ones” within the Jewish people.

Some of the people who created the most inspiring, progressive and inclusive movements within Judaism were people who grew up in more Orthodox communities and left.

The founders of the Reform movement, Rabbi Heschel of the Conservative movement, Rappi Kaplan of Reconstructionist Judaism, the leaders of Jewish Renewal and many of the leaders and pioneers of queer Judaism are all people whom the Orthodox community would say went OTD — “off the derech” (off the path).

But in reality, these people were and are very much OTD — on their derech, right where they were meant to be.

Another term the ultra-Orthodox community uses to describe those of us who have left Orthodoxy is “frei.” It has a negative connotation within the Orthodox world, which is ironic because the word literally means “free.”

So on Passover, the holiday in which we celebrate Jewish freedom, I’m going to celebrate our formerly Orthodox “frei” community, too.

I will celebrate those of us who have been told that we are “bad,” that we are sinners and heretics, and that we have no right to celebrate Jewish holidays in our own way.

But we are all a worthy part within the rainbow of Jewish experiences and practices.

Frei Judaism isn’t just okay — it is worthy of celebration.

With the pomegranate on our Seder plate, we can take the words and ideas that are meant to be slurs imposed on us by haters and turn them into a way of celebrating who we are.

Pomegranates are a symbol of goodness within each and every one of us, the “sinners” — not despite choosing our own “heretical” paths, but because of it.

The Pomegranate on Passover night can tell us that we are not just at a Passover Seder in spite of leaving the ultra-Orthodox community, or in spite of being frei. Rather, we are at this Seder because of it.

Choosing our own paths is beautiful — and at its core, is exactly what Passover and the Seder is all about.

Why I add a pomegranate to my Passover Seder