Ben Shapiro, former President Donald Trump and Kanye West all have one thing in common: a vision of what the right kind of Jew looks like. Photo by Getty Images/Forward Montage 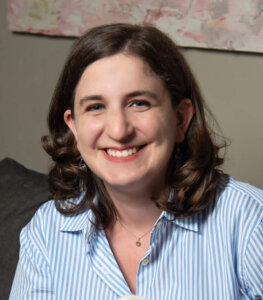 The rapper Kanye West has been on an antisemitic tear lately, implying that Jews are all-powerful and vengefully blocking his agenda. At this point, this is not new or noteworthy. What is interesting, however, is the defense that some individuals put forth for West.

Todd Rokita, Indiana’s attorney general, tweeted that “the media” will “steamroll anyone if they do not kowtow to their way of thinking.” Rokita then clarified, “My post was specifically aimed at the hypocrisy of the media and Hollywood elites. I have an obvious, clear and substantial Congressional and public record of being 100% supportive of the Jewish.”

Kanye’s message in this instance is fair and accurate, & regardless,
he is entitled to his opinion. The media will steamroll anyone if they do not kowtow to their way of thinking. https://t.co/sR0CfvSonf

My post was specifically and clearly aimed at the hypocrisy of the media and Hollywood elites, not anything to do with other comments. I have an obvious, clear and substantial Congressional and public record of being 100% supportive of the Jewish community and Israel.

Jason Whitlock, a sports commentator, tweeted, in defense of West, who has legally changed his name to Ye, “you can’t question black entertainers’ unhealthy relationship with non-religious Jewish power brokers in Hollywood.”

“Hollywood elites” and “media elites” have been code for “Jews” for so long that some may indeed use them interchangeably without realizing it. The distinction that Rokita and Whitlock are weaponizing between secular Jews and religious Jews, and the idea that one cannot be antisemitic if they only criticize the former, is worth examining. It is an idea that occupies a prominent place in American history and continues to influence political discourse today.

Before the 1880s, American Jews were, by and large, treated as white Americans who prayed differently. This was important, as whiteness in this country has always brought with it rights and privileges. In the country’s earliest days, Jews were relatively small in number (about 4,000 Jews as of 1820), and so lived among white, Christian Americans as people who worshipped in different institutions. To be Jewish in this context was primarily understood as a matter of faith, not tribe, ethnicity or culture.

Jews, largely though not exclusively from Central and Eastern Europe, began emigrating en masse to America in the 1880s in no small part due to violent discrimination. Much to the consternation of some of their coreligionists with longer ties to their new country, these recently arrived Jews did not think of themselves as white Americans who prayed differently. Many believed that they were, themselves, different. This was reflected in the urban communities that they lived in, rich with the Yiddish language and publications (including “Forverts”) and a variety of Jewish organizations. As Vivian Gornick wrote in “There Is No More Community”: “The dominating characteristic of the streets on which I grew up was Jewishness in all its rich variety. We did not have to be ‘observing’ Jews to know that we were Jews.”

But then the pendulum swung back again. In the postwar period, many American Jews moved away from their urban neighborhoods pulsing with Jewishness out to the suburbs, where they built synagogues. As the United States sought to differentiate itself from the Soviet Union by embracing religion and freedom to worship, Jewish people once again fashioned themselves as Americans with a different religion. Still, as Rachel Kranson explores in “Ambivalent Embrace,” tension remained. Many Jews felt that they’d been their truer, more “authentic” selves at a different time and in a different place — perhaps in Eastern Europe, or in the early 20th century on the Lower East Side.

If Judaism is a religion, Jewishness is something else: a religion, yes, but also ethnicities, histories and cultures. Part of the confusion is that the United States, historically, has not understood any of that. “Americans who pray differently” is legible to the United States in a way that “a religion that’s also not just a religion” is not.

This tension has carried through to today and is used by some antisemites to protect themselves against charges of antisemitism. Hungarian-born billionaire George Soros can’t be the target of antisemitic attacks, his critics say, because he doesn’t go to synagogue and because he doesn’t have a robust, positive relationship with Israel. Those Jews who do go to synagogue but not the right kind of synagogue are dismissed as fake, too.

It isn’t only non-Jews who harp on this distinction as a dividing line between authenticity and superficiality. Speaking in Israel in July, rightwing podcaster Ben Shapiro said, “It’s an unfortunate reality of life in the United States that Reform Judaism, as a branch, does not see Jewish identity in a serious way. So when people self-identify as Jews in the United States, that doesn’t actually mean that they do anything that has anything to do with Judaism; it means that their last name ends in ‘berger,’ ‘stein’ or something [similar]. And you know, there are a lot of people whose last name ends with ‘berger’ or ‘stein’ who fundamentally reject nearly all Jewish values.”

This rhetoric — thrown by Jews at one another, playing out throughout American Jewish history — is also present in our political discourse. Former President Donald Trump also has opinions about what the right kind of Jew should be. He posted on Oct. 16 on Truth Social, his social media platform, that no president had done more for Israel, but that “our wonderful Evangelicals are more appreciative of this than people of the Jewish faith,” and that “US Jews have to get their act together and appreciate Israel.”

American Jews who go to all sorts of synagogues — or, for that matter, no synagogue at all — can be targeted by antisemites, or caught up in antisemitic conspiracy theories. The complicated reality is that all American Jews — the traditionally Orthodox, the Reform, the staunchly Zionist, the anti-Zionists, the secular leftists, the Hollywood machers — are inheritors of the American Jewish tradition and history. Whether a Jew engages with some of those traditions more than others does not change the fact that they’re all a part of US history, and of Jewishness.

Todd Rokita, Kanye West, Ben Shapiro and Donald Trump can all insist otherwise, and imply that not all of them — of us — are really Jewish, but history says otherwise.

The present does, too.

Emily Tamkin is the senior editor, US at the New Statesman. She is the author of “The Influence of Soros” and “Bad Jews: A History of American Jewish Politics and Identities.”