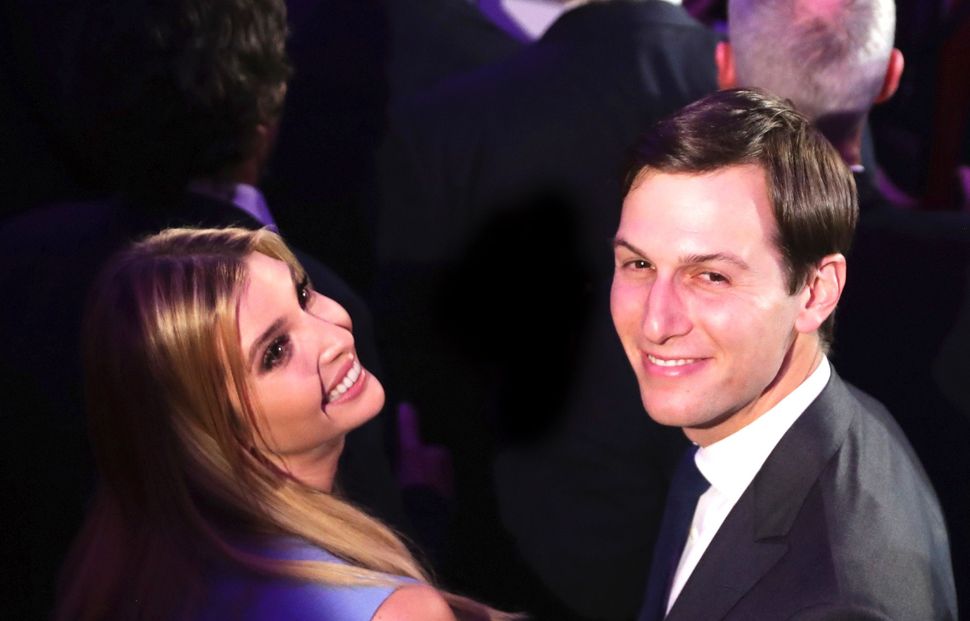 You know the old joke, two Jews, three opinions? It’s true. But when it comes to judgment, unfortunately we take it to another level entirely. Our propensity to judge one another is a sad component of Jewish culture today, which is at odds with our Jewish values. And, this judgmental culture seems to be a component that is shared across denominations, especially when it comes to being critical of other Jews.

No where was this more prevalent than in Peter Beinart’s recent article “How Could Modern Orthodox Judaism Produce Jared Kushner?” Beinart criticizes Kushner for being a party to Trump’s refugee ban, and then, further, implicates Kushner’s Yeshiva and “every synagogue where he prayed”, asking how the “Modern Orthodox community, a community that prides itself on instilling in its children Jewish knowledge and ideals, [could] have failed so profoundly?”

I admit it – I was practically cheering at this point. YES, I thought— this is the Orthodox hypocrisy drives me crazy, the way they focus too much on the letter of the law, and not on the spirit of the law.

Then I stopped myself, and I realized something.

Though I agreed with Beinart’s indictment of the Orthodox, I found myself thrilled by the jolt I got from self-righteous judgment. And because I am a practitioner of Mussar, aka the path to becoming a Mensch, I don’t get to get off on being judgmental.

And make no mistake about it: There is a certain rush we get when we can validate negative thoughts about another person or group. It is one thing to make judgments about Kushner’s actions (or lack thereof) in the face of unjust public policy. It is quite another to judge an entire segment of our Jewish brothers and sisters, and to seek an emotional triumph in another round of the game, “Will the real Jews please stand up?”

Mussar is one way to overcome that impulse.

For those of you unfamiliar with the millenia-old Jewish spiritual practice, Mussar teaches us how to close the gap between our aspirational values, and how we act in everyday life. Think of it as a form of spiritual fitness training. Mussar focuses on incorporating certain positive soul traits (Midot, in Hebrew), such as humility, truth, trust, and gratitude, into daily life. The Mida perhaps most relevant to this conversation is honor (or, kavod). We are reminded that we all have a divine spark (albeit one occluded by our personal baggage), and part of our mission in the world is to honor the divine in others. In slipping into a pattern of blame and stereotyping without really thinking, I was turning away from kavod rather than toward it.

In the same vein, Beinart was out of line when he wrote that “The Frisch School, the prestigious New Jersey yeshiva from which Kushner graduated, should conduct the kind of after-action report that the military conducts when its operations go awry.” The idea is that the school should be responsible because one of its graduates did not live up to our Jewish imperative to welcome the stranger.

I have a better idea. How about each of us conduct a personal inventory, to see how we have gone awry, to look for opportunities to do better? This process, also a part of Mussar, is called Cheshbon Ha’Nefesh, an accounting of the Soul. It is something all Jews are instructed to do during the High Holidays. Mussar teaches that we should do it every day.

To get our spiritual and ethical houses in order, wouldn’t it be wonderful if Jewish Day Schools and High Schools across all denominations started to adopt a Mussar curriculum?

The place to start is for the Jewish community to commit to treating each other with tenderness and humanity. We won’t get there immediately, but why not set the bar for our personal conduct in line with our values? As a first step, how about we check ourselves before we indulge in the knee-jerk condemnations that I was guilty of when I read Beinart’s article. The Talmud teaches that Rabbi Akiva had 24,000 students who all died in a short period of time because they did not treat each other with respect(Yevamot 62b). We in the Jewish community would do well to remember this lesson.

If this seems overwhelming to you, I have good news: We all have what it takes to be a Mensch. All we need is a manual, and Mussar is that manual. We are not asked to change overnight, just to take one small step in the right direction.

What step will you take today?

Greg Marcus, Ph.D. is the author of The Spiritual Practice of Good Actions, Finding Balance Through the Soul Traits of Mussar, and the founder of AmericanMussar.com