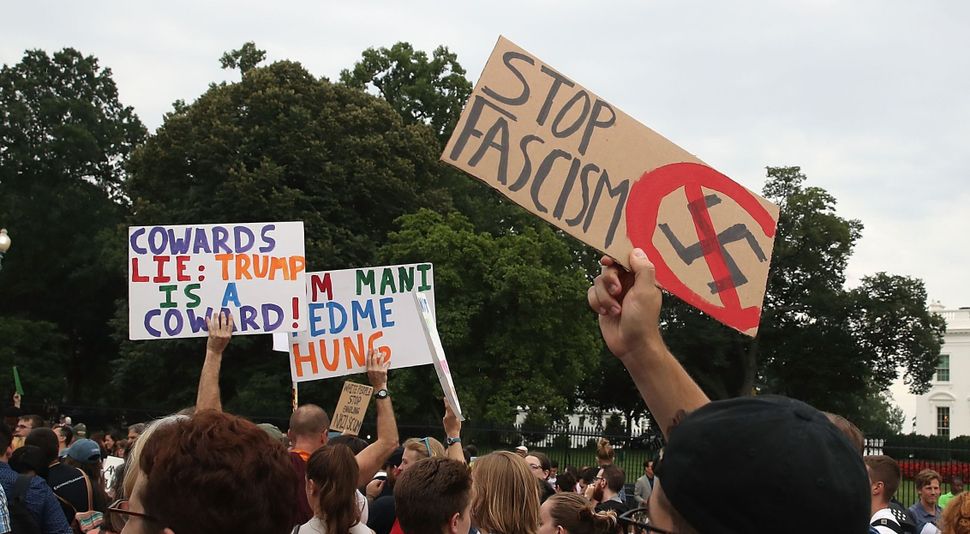 We accept criticism when warranted. In the case of Avital Chizik Goldschmidt’s “Why Won’t Orthodox Leaders Condemn Trump’s Ties to White Supremacists?” it is not.

In that article Ms. Chizik Goldschmidt writes, “The Rabbinical Council of America mourned “violence and bigotry”, but not our leader’s failure to condemn it.”

Even though Ms. Chizik Goldschmidt does cite the Rabbinical Council of America’s condemnation of racism and violence, by criticizing the RCA for not calling out the president, she’s calling us soft on racism. Does she really think that we are soft on racism and gave a pass to Neo-Nazis and their supporters? As one can easily see, we did label those responsible for bigotry and violence. In our statement, we condemned “the violence and bigotry displayed yesterday at the White Supremacist, alt-right, neo-Nazi and pro-Confederate gathering in Charlottesville” — a challenge to all those who would not call out by name those who were responsible.

And we are on record, long before this incident, asserting that any form of racism is against Torah values. See our 2015 anti-Racism resolution at www.rabbis.org.

It is true that we did not mention the President by name. As a rabbinic organization, we opt to speak out about issues, not personalities. We hope that our message transcends the politics of the moment and that our voice will contribute meaningfully to the considerations of thoughtful people of faith. Even in this case, we believe that our message was clear.

And despite her assertion that these statements are left to be written by some “junior communications professional”— we value our comments and respect our community too much that our public statements are given more time and attention than that.