Orthodox Jews Are The Victims – Not The Perpetrators – Of White Nationalism 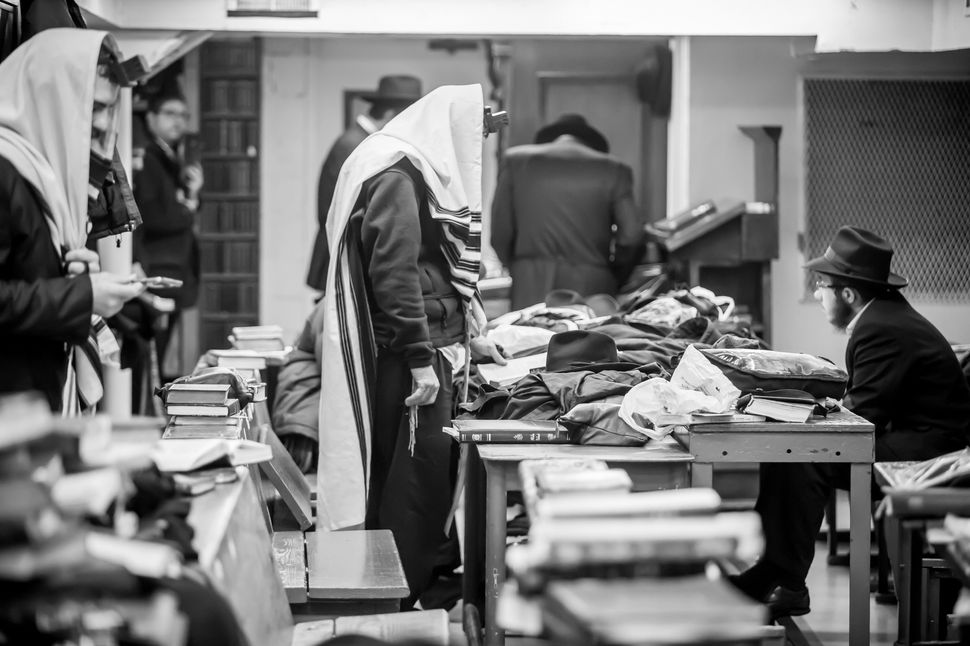 There are various problems and concerning trends in Orthodox (and non-Orthodox) Jewish communities. Fortunately, to the best of my knowledge, White Nationalism is not one of them.

However, a recent article written by Elad Nehorai in this space argued that “White Nationalist language is infiltrating our public spaces” and “the philosophy of white nationalism that justifies racism … is spreading like a virus among many Orthodox Jews.” I believe this article was mistaken and unfairly maligned the Orthodox community by including them in the same category as evildoers such as Richard Spencer and David Duke.

Like Nehorai, I too have observed disturbing racism from some individuals in the Orthodox Jewish community (I have also lived in Orthodox Jewish communities where I did not observe any racism at all). This racism—and general prejudiced attitudes towards non-Jews—is sad and shocking, considering Jewish history and the current bigotry aimed towards Orthodox Jewish communities in the greater New York and New Jersey areas. As a community, we need to a much better job inculcating the ideas of tzelem elokhim (inherent holiness of human life) and being “a light unto the nations” (our national purpose is to light the way for all non-Jews) in our children.

But as Nehorai acknowledges, plain racism and isolated racist comments or biases are different than the philosophy of White Nationalism. It is striking, therefore, that nowhere in his article does Nehorai define White Nationalism or explain what he believes its philosophy to be.

White Nationalism, as defined by Professor Eric Kaufmann of Birkbeck University in London, “is the belief that national identity should be built around white ethnicity, and that white people should therefore maintain both a demographic majority and dominance of the nation’s culture and public life.”

I have never heard any Orthodox Jew profess this belief or even hint that they subscribe to this philosophy. Not a one.

Nor do any of the statements or quotes that Nehorai cites to in his article evidence such a belief. Nehorai focuses in large part on Orthodox Jews agreeing with President Trump’s alleged comments decrying immigration from Africa and Haiti, because they were “sh*thole countries,” i.e. poor countries that Trump did not believe were producing immigrants that provided a net gain to the United States. Although Trump’s alleged statement is racist, it is not—on its face—white nationalist.

What is racist about Trump’s alleged statement is not the vulgarity or even referring to an entire country in negative terms. If one were to say that Venezuela is a messed up country, it would not be racist but a broadly accurate characterization of a country in economic turmoil and distress. Rather, Trump’s statement displayed casual racism and ignorance in not differentiating between African countries like Botswana and Nigeria on the one hand and South Sudan or Zimbabwe on the other.

In Trump’s mind, and unfortunately in the minds of too many Americans, these countries are the same because they are all African. Judging countries as messed up merely because of the continent they are on and/or the color of their people’s skin is textbook racism. And judging immigrants from those countries is even more ignorantly racist. One wonders if Trump knows that Nigerian-Americans “have a median household income well above the American average and above the average of many white and Asian groups, such as those of Dutch or Korean descent.” Even more impressive, Nigerian-Americans are the single most educated ethnic group in the United States.

Despite this racism, Trump’s alleged statement was not white nationalist. It did not demonstrate a belief that the United States should be a white “ethno-state” but rather that the United States should take in high quality immigrants. That Trump believes that African immigrants are not high quality does not mean that he only wants white immigrants to preserve America’s “white heritage.” It does not even mean that Trump harbors hatred or ill-will towards blacks. It merely means that Trump is guilty of racial prejudice, in the most literal sense.

This is a bad thing, logically akin to presuming that Orthodox Jews must be insular and close-minded. But it is not White Nationalism.

Steve Bannon is, by many accounts, a bad person willing to use the alt-right and White Nationalists to further his agenda, even if he himself is neither of those. But he was also a member of Trump’s White House, and a celebrity of sorts. It is not surprising, therefore, that Rabbi Shmuley Boteach posed for a picture with Bannon, or a politically active organization, like the Zionist Organization of America, had Bannon speak at a dinner. It is understandable to seek access and favor of a man then in power, a man with the President’s ear. This is certainly distasteful and morally wrong. But once again, it is not White Nationalism.

I agree with Nehorai that Orthodox Jews are disproportionately influenced by conservative outlets and pundits. This is partially due to a perceived mainstream media bias against Israel. But it is also due, in large part, to Orthodox Jews consuming the bulk of their news through radio, a typically right-wing medium, and the internet, where they can choose outlets that confirm their biases.

And yet the problem of living in a media bubble is not unique to Orthodox Jews but endemic to our modern American society on both the left and the right.

But Nehorai is wrong. He cites no examples of Orthodox Jews approvingly using genuinely White Nationalist terms and ideas, such as a white ethno-state or white genocide (which white nationalists believe will be organized by Jews!). Nehorai writes that fifteen years ago one would never hear “justifications for deporting black people to Africa” in synagogue, implying that today one would hear such filth.

But Nehorai does not actually provide any quotes or citations to such justifications. Moreover, Nehorai must know of African-American converts to Judaism that have been warmly welcomed by the vast, vast majority of Orthodox Jews. How is that consistent with Nehorai’s accusations of White Nationalism?

Nehorai’s observation of racism in our community is valid and I share his concern over its continued existence. I will stand arm-in-arm with him in combatting this racism.

If, G-d forbid, the real White Nationalists ever got their way, we Orthodox Jews would be their very first victims.

Please don’t tar us with their brush.

Benny Hutman, @Benignuman, is an attorney living and practicing in the Greater New York Area.

Orthodox Jews Are The Victims – Not The Perpetrators – Of White Nationalism