Extending daylight savings does not conflict with halacha 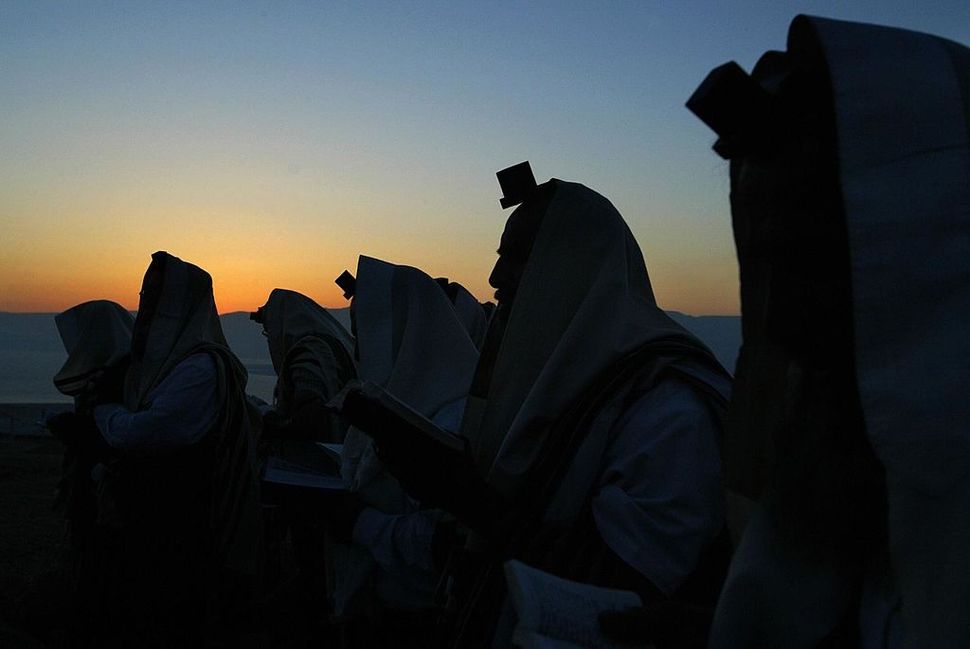 Ultra-Orthodox Jews wear phylacteries and prayer shawls during the morning prayer at sunrise on top of the ancient desert fortress of Masada in southern Israel, 24 May 2004 By MENAHEM KAHANA/AFP via Getty Images

The Forward reports that some Orthodox rabbis oppose extending daylight saving time throughout the year because “a 9 a.m. sunrise” would require them to attend to their morning prayers late and delay their arrival at work. Let’s first take a look at Jewish law.

The 20 volume Babylonian Talmud begins with a discussion of the times for prayer. The rabbis discuss, and disagree, over when one should recite the morning sh’ma but the general conclusion is “when one can discern between the white and blue threads of a prayer shawl” or when one can recognize the face of a friend. And the halacha permits a four hour grace period for this. The great Orthodox legal authority, Moshe Feinstein, ruled that one may begin the daily prayers earlier than sunrise when starting out on a journey and he extended this leniency to anyone commenting to work — even when the commute is part of one’s daily routine.

The Hebrew word halacha is a dynamic word. When the Sages asked “what is the halacha?” they were asking “what is the application of the law to this new situation?” Traditional Judaism understands the halacha to help Jews to live in the present, not to chain us to the past.

Extending daylight savings does not conflict with halacha