Prof. Vida Samiian knew just whom she wanted to blame when the search to fill the Edward Said Professorship in Middle East Studies was suspended at California State University, Fresno. As she stated in an angry letter of resignation from the faculty, Samiian believed that the process had been derailed by “vicious and discriminatory attacks launched by Israel advocacy groups.” She was unconvinced by the administration’s explanation that the search had been ended solely due to “critical procedural errors” that violated the written policies of the Academic Senate. She charged instead that there had been an ongoing “campaign of harassment and intimidation of search committee members” by unidentified pro-Israel forces, intended to prevent the appointment of any of the four “superb finalists because of their Middle Eastern and Palestinian ethnicity.”

The only thing missing from Samiian’s powerful accusation was proof. Her lengthy resignation letter mentioned only three “inappropriate comments” by allegedly pro-Israel faculty members, one of whom is retired, and the claim of “intimidation” appears to have been based largely on criticism of Samiian’s own outspoken support for the boycott of Israeli academic institutions. Samiian wrote that she was “sure the administration, especially the Deans and the Provost, received additional communications against the candidates and the search,” but offered no specifics.

Fresno State’s president, Joseph Castro, flatly denied Samiian’s allegations. “No university official was pressured by any individual or group to cancel the search based on candidates’ ethnic background or political point of view,” he said in a video message. Rather, he explained, the search committee had not been properly elected by the relevant department, as required by Academic Senate regulations. In addition, an “unauthorized party was participating in the search committee’s deliberations, and that this party was sharing perspectives influencing the committee, again a clear violation of our academic policy.” (Samiian suspects that she herself was the “unauthorized party.”)

Samiian’s unfounded suspicion has taken on a life of its own, and it is now being repeated as an established fact by organizations critical of Israel. Jewish Voice for Peace, for example, circulated a letter stating that “Israel advocacy groups launched a campaign to cancel the search,” which constituted a “serious violation of academic freedom.” The JVP letter has been signed by hundreds of academics who apparently believe, without evidence, that the decision was “influenced by outside organizations with discriminatory agendas.”

The Islamic Human Rights Commission sent a letter of complaint to Castro, stating that “It seems clear that the cancellation of the search for a candidate to assume the professorship came after strong lobbying from the American pro-Zionist lobby.” Writing in The Intercept, journalist Murtaza Hussain repeated the unsubstantiated accusation that a pro-Israel group had helped torpedo the search.

Not everyone was as tactful about assigning blame. According to Prof. Joe Parks, who served as the Equal Opportunity representative on the search committee, “The search was canceled because when the finalists came to campus, the Jewish faculty complained.”

In many ways, Parks’ statement is the most troubling of all. We do not know who, if anyone, actually lodged such complaints — which, in any case, would not constitute “outside” pressure — but it is highly disconcerting to see the committee’s Equal Opportunity representative single out fellow faculty members for their ethnicity or religion.

Parks, as it happens, has a history of making objectionable statements. In 2008, the university reprimanded him for his “offensive comments in class related to gender, race, national origin, ancestry and religion,” as well as for retaliating against a student. In subsequent litigation, the reprimand was upheld by chief federal district judge Anthony Ishii, who found that there had been substantiated complaints about Parks’ “derogatory comments, racial comments, religious/marital status comments, retaliatory comments and comments that were intended to prevent the students from complaining.”

Given that background, I wondered how Parks had come to serve as the search committee’s Equal Opportunity representative in the first place. Fresno State provost Lynnette Zelezny informed me that, pursuant to university procedures, he had been chosen by the committee members. I asked Parks to explain his comments about “Jewish faculty,” but he did not reply to my email.

Conspiracy theories are usually thought to be the province of the extreme right, but in this case they seem to have infected the progressive anti-Israel community as well. It is especially ironic to imagine “Zionist” manipulation at a place like Fresno State, where the Jewish community is minuscule and hardly in a position to coerce the administration. According to a local rabbi, there are over 24,000 students on campus, of whom only about a dozen are Jewish. There is no conflict between Jews and Palestinians, he said, “because there is no Jewish presence.”

Perhaps the most salient words in the contretemps came from Saúl Jiménez-Sandoval, the dean of the College of Arts and Humanities, in a letter to the Fresno Bee. “Dr. Samiian and Dr. Parks speculate that the search was canceled due to influence by Israel advocacy groups,” he wrote. “These conjectures are presented without evidence, and are unfounded. As such, they further undermine the integrity of our policies and hiring process.”

Indeed, that is just how conspiracy theories always work.

Steven Lubet is the Williams Memorial Professor at the Northwestern University Pritzker School of Law. 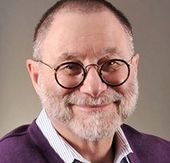 Steven Lubet is the Williams Memorial Professor at the Northwestern Pritzker School of Law.