A few weeks ago, the New York Civil Liberties Union (NYCLU) filed a lawsuit against the East Ramapo School District.

It’s certainly not the first the embattled district has faced. The school board — made up of nine positions that residents of the district run for and vote for — has a significant quotient of Orthodox Jews on it, and many believe that their interests lie with their community’s children, the vast majority of whom do not attend public schools but private schools.

Many are upset by this, and they have often taken to the courts to voice their frustration. The largest and most ambitious of these challenges was the Montessa Case in 2012. With great fanfare, a total of 170 plaintiffs filed a $10 million suit against 13 current and former school board members and school officials for misuse of education funds.

Four years of litigation resulted in consecutive losses for the School Board’s challengers, losses that went all the way up to the Federal Appeals Court, where the plaintiffs were finally soundly defeated and the School District prevailed.

That hasn’t stopped this most recent suit. The NYCLU’s complaint argues that the election system at work in East Ramapo violates the federal Voting Rights Act and denies “minority citizens an equal opportunity to have a voice in the future of their community’s public schools.” The NAACP and seven black and Latino voters are demanding seats on the school board, despite the fact that the current board was voted in by free and democratic elections.

One man, one vote — unless you’re an Orthodox Jew living in East Ramapo, it turns out.

I will leave it to the attorneys to argue the finer points of the law and why the Voting Rights Act doesn’t apply here. Instead, I will focus on the facts in East Ramapo and Rockland County that were absent from the media coverage of this lawsuit.

For starters, the plaintiffs readily admit in the lawsuit that according to the US Census, the population of minority citizens in East Ramapo is 34.3%, or roughly one-third of the district.

No, The Orthodox Don’t Hate Muslims

What they gloss over is the fact that one-third of the nine-member school board seats are already occupied by minority citizens. The complaint ignores the fact that in addition to Sabrina Charles-Pierre, two other people of color are on the Board: Bernard Charles and Pierre Germain, both serving a second term.

Here, the voters were color blind, though the NYCLU clearly is not. Indeed, in its attempts to limit Jewish voting, the NYCLU has resorted to spuriously referring to Orthodox Jews as “white.” This is a blatant attempt to appropriate race-baiting language where it just doesn’t fit.

The idea that East Ramapo is under-represented by minority board members is laughable compared with six of the seven Rockland districts and probably hundreds more throughout New York State.

But none of this is surprising. The new litigation rehashes the same old attacks on the board using the reports of two previous monitors, while failing to give credit to the progress made under the current monitors. In their October 11, 2017 report, monitors Chuck Szuberla and John Sipple noted the district’s financial improvement, restoration of full day K and elementary arts, as well as the capital improvements made possible by a $58 million bond (approved by voters of all racial backgrounds).

The lawsuit ignores these facts, along with the Board’s support for the initiatives of their dynamic Superintendent (who happens to be a woman of color), and the unprecedented support from the Commissioner and the legislature. To leave all this out makes this lawsuit appear ill timed and off base.

I’m saddened to see that we are discussing the complaints of two people who lost an election and five others who were “denied the ability to elect candidates of their choice,” as if sitting on a school board is some sort of entitlement. I’m also saddened that the plaintiffs care so little about East Ramapo that they would knowingly jeopardize the fiscal stability and programs of the district so that they can install their favorite minorities onto the school board, rather than the three minorities that are already there.

This is a frivolous lawsuit which will waste millions of dollars over the next several years — money that could have been spent on teachers and programs instead of the billable hours of the lawyers.

Shame on the plaintiffs and shame on the NYCLU for playing out their agenda at the expense of East Ramapo’s minority students.

Joel Petlin is an East Ramapo taxpayer and Superintendent of the Kiryas Joel School District. 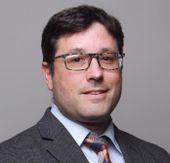