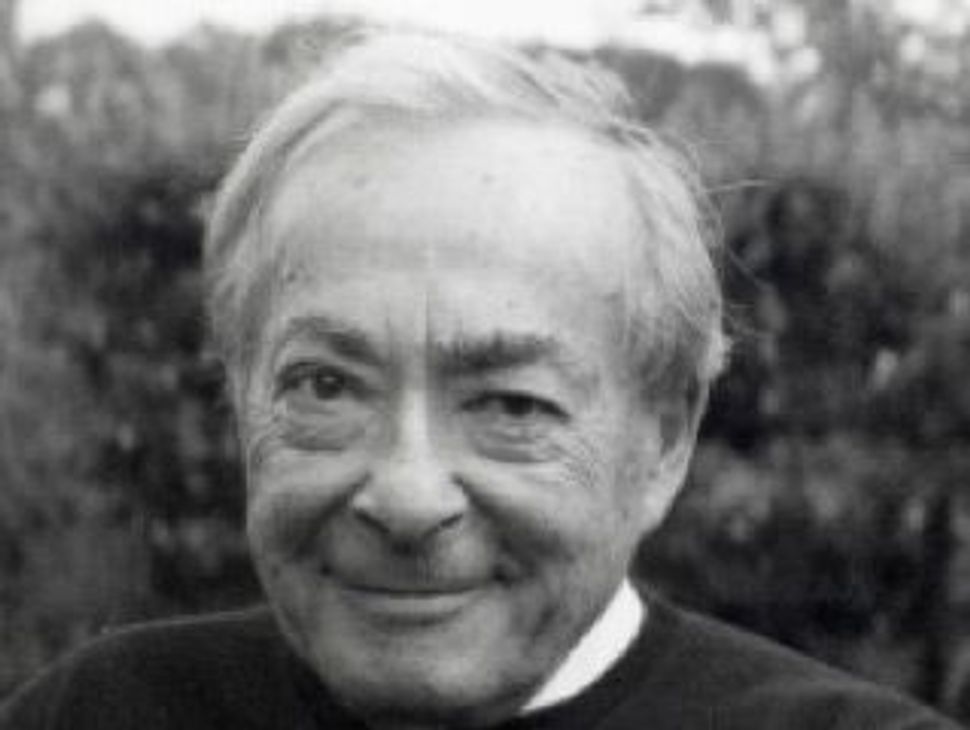 Steiner is notorious for his rabid anti-Zionism and his peculiar 1981 novella “The Portage to San Cristobal of A. H.,” a portrait of Adolf Hitler which some call “strangely sympathetic.”

In a recent Libération article, Steiner praises a novel by the antisemitic French propagandist Lucien Rebatet, adding bizarrely: “Anyway, I prefer a cultivated SS officer to a Beach Boy.”

“George Steiner at the New Yorker” includes an attack on the Romanian-French aphorist Emil Cioran:

There is throughout Cioran’s jeremiads an ominous facility… easy to write, they flatter the writer with the tenebrous incense of the oracular.

Headlined “George Steiner: The Anti-Cioran” (“George Steiner, l’anti-Cioran”), the article reiterates that Cioran represents “everything [Steiner] execrates.” Yet Cioran’s aphorisms are expressed with delightful talent, carefully honed wit, and a concise grasp of language akin to 17th-century French writers: “There’s no point in killing yourself, because you always kill yourself too late.” Or: “In ancient China women suffering from grief or rage climbed onto platforms built for them in the streets to give free rein to their fury and lamentations. Such confessionals should be adopted the world over to replace the obsolete ones of the Church, or the useless ones of various therapeutics.”

Cioran’s literary elegance, which contains emotionally astute practical advice for readers, has been ideally rendered into English by Richard Howard, published by Arcade. Steiner’s own pompous, flatulent prose, whose aim often seems merely to convey the supposed brilliance of its writer, reflects a poor ear for English, and his comparing Cioran quite inappositely to Tocqueville, Henry Adams and Schopenhauer, suggests further misprisions.

Cioran is already victim of a posthumous campaign to misrepresent him as a fascist, of which the most execrable example so far is “An Infamous Past: E. M. Cioran and the Rise of Fascism in Romania” by Marta Petreu, who, despite her previous obscurity, has obtained a preface by Romanian Jewish writer Norman Manea.

By contrast, “Searching for Cioran” from Indiana University Press, by Ilinca Zarifopol-Johnston, underlines how extremely philosemitic Cioran was, in his affection for Jewish friends like poets Benjamin Fondane and Paul Celan, and his staunch support for Israel (quite unlike Steiner, who claims that Israel “debases” Judaism). Any readers pressured to choose between Cioran and Steiner will never regret choosing Cioran.

Watch part of a French TV documentary about Cioran: